Toronto Star’s Sponsored Advert Says “Palestinian Families & Children Are Being Killed. Why Is It So Quiet?”

HonestReporting Canada was appalled to see the Toronto Star create a sponsored post (advertisement) on Facebook with the inflammatory headline: “Palestinian families and children are being killed. Why is it so quiet?” 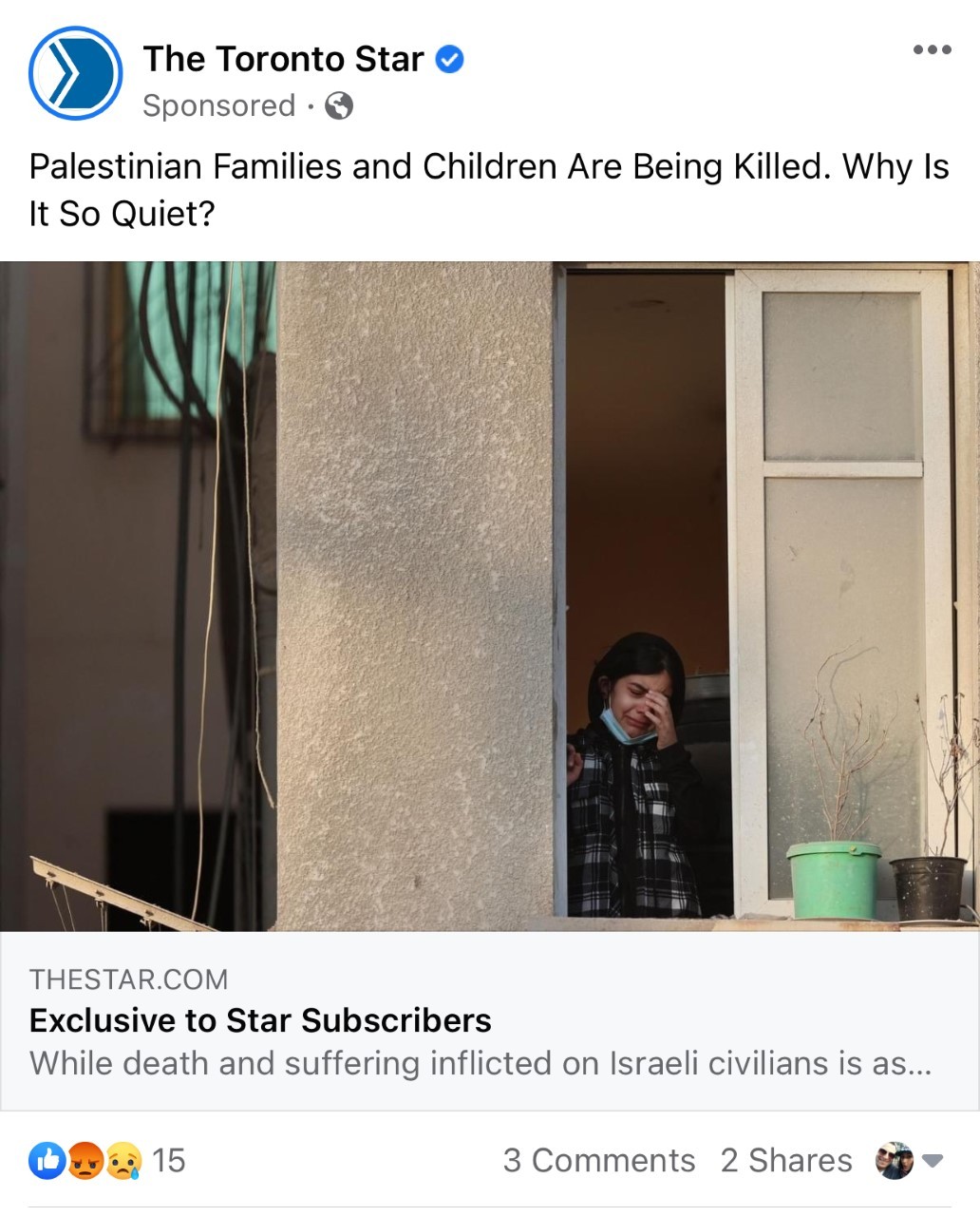 The Star used a commentary by Shenaz Kermalli that we critiqued this week which compared Israeli airstrikes on Palestinian terrorists and their infrastructure to Al Qaeda’s attacks on 911 that killed close to 3,000 people. As we said in our critique, this column was beyond the pale and fanned the flames of hatred.

In response to our complaint about Karmalli’s op-ed, the Star’s public editor, Bruce Campion-Smith, sent the following email this week to many HonestReporting Canada subscribers:

Good afternoon . . . thank you for the email and the feedback.

I note your concern with the column by Ms. Kermalli expressing her personal perspectives on the conflict, notably the 9/11 reference. I heard from many readers on this topic. I have made senior editors aware of the concerns expressed by you and others.

The Star strives to be fair to all sides. This week, the Star has published columns by Michael Levitt, Amira Elghawaby and Michael Coren offering their viewpoints.

I know the Star will endeavour to provide a diversity of viewpoints in the opinion columns selected for publication.

As it relates to this sponsored post, people who saw it would have no idea that it was an opinion column and that these are not the views of the Toronto Star.

HonestReporting Canada told Toronto Star Editor-in-Chief Irene Gentle, that we are of the view that this paid advertisement should be taken down immediately. We are relieved to report that the Star’s advertisement appears to have been deleted.

This incident doesn’t speak well of the Star’s motives as staff created an advertisement and likely targeted advertisements to people who would be interested in learning more about “Palestinian families and children being killed.”