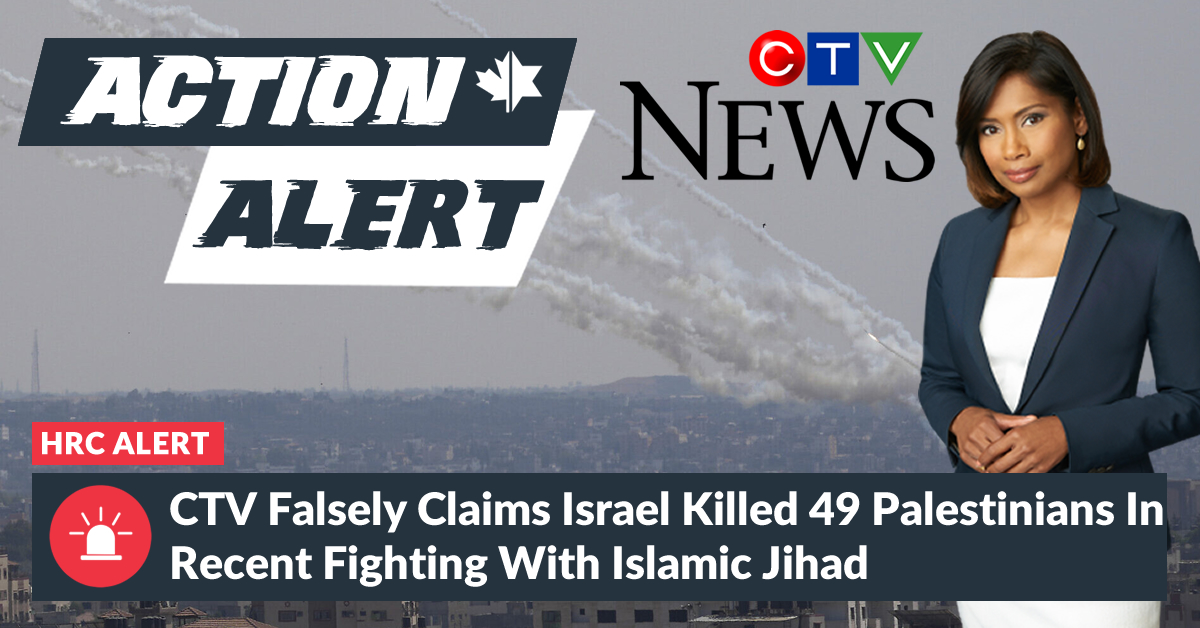 At 1:37am, 2:37am, 3:37am and 4:37am, CTV News broadcast a segment orated by host Merella Fernandez who erroneously said that: “Last week, 49 people were killed and hundreds wounded in Gaza by Israeli airstrikes targeting the Islamic Jihad.”

Importantly, it’s believed that 1/3 of the Palestinian civilian deaths, children included, came about due to misfired Palestinian rockets.

The Associated Press’ own reporting confirms this and notes that 14 Palestinian civilians were killed by misfired Palestinian rockets. This AP report also notes that: “Israel said it killed at least 20 militants and seven civilians.”

For CTV to claim that all 49 Palestinian deaths were due to Israeli strikes is an egregious falsehood that must be corrected as soon as possible. Stay tuned to this page for future updates.