In an attempt to manufacture conflict and intimidate pro-Israel supporters and any McGill University students who may be open to learning more about the Jewish state, the discriminatory anti-Zionist propaganda paper the McGill Daily published a polemic on November 13 accusing Hillel McGill and GenMTL of having the temerity to offer free trips to Israel, which the Daily described as “propaganda”. The Daily also published an article on November 19 headlined: “AUS Councillors Raise Concerns Regarding Hillel Trips”. In its print edition on November 25, the Daily also published an “article” entitled: “SSMU Legislative Council Debates Israel Trips.” (see below). 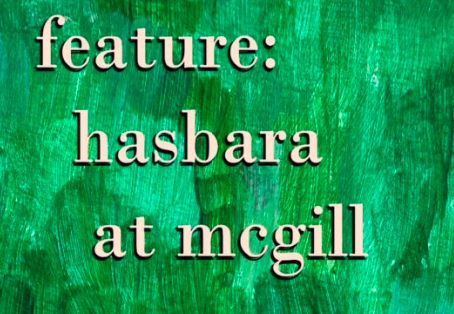 The diatribe by Solidarity for Palestinian Human Rights (SPHR) and Independent Jewish Voices (IJV) said that the trips offered to 20 selected McGill students “aim to promote Israel’s image, while paying lip-service to the ‘complexities’ of its systematic oppression of Palestinians.” 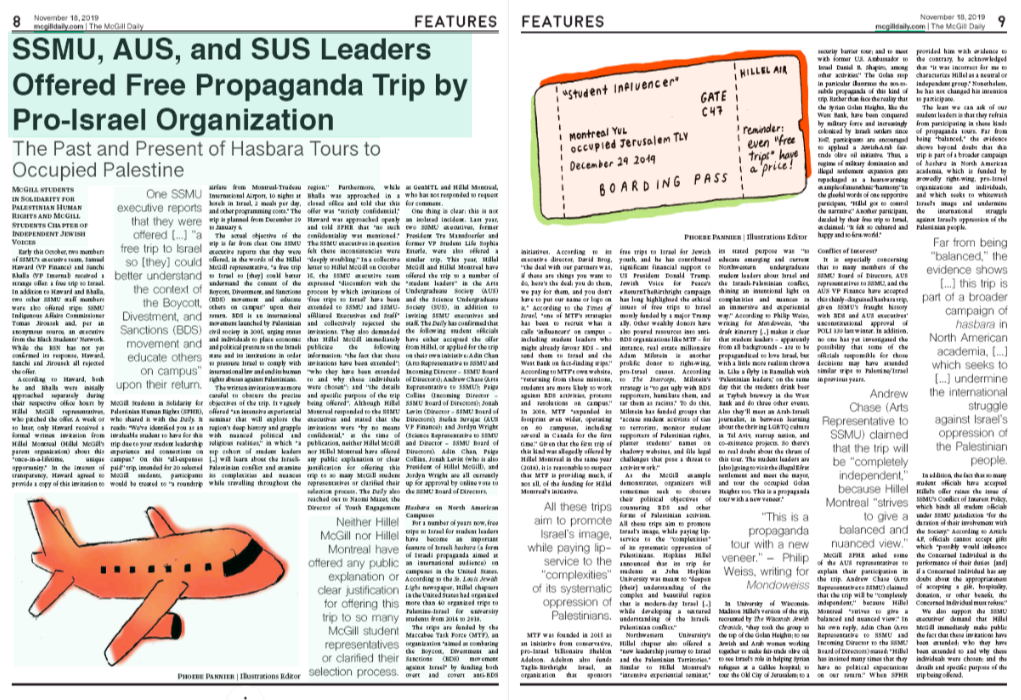 The polemic argues: “The least we can ask of our student leaders is that they refrain from participating in these kinds of propaganda tours. Far from being ‘balanced,’ the evidence shows beyond doubt that this trip is part of a broader campaign of hasbara in North American academia, which is funded by avowedly right-wing, pro-Israel organizations and individuals, and which seeks to whitewash Israel’s image and undermine the international struggle against Israel’s oppression of the Palestinian people.”

This is just the Daily’s latest attempt to sow division and to bully pro-Israel students into submission and to present Israel as a pariah state that McGill students should not associate with and treat as persona non grata.

That this rag is available on McGill’s campus and that it receives over $300,000 in student fees is appalling. Pro-Israel students are therefore required to pay to be discriminated against.

Memo to the McGill Daily: Pro-Israel supporters will not be intimidating and our resolve only grows stronger in the face of your open hostility, bigotry and bullying. 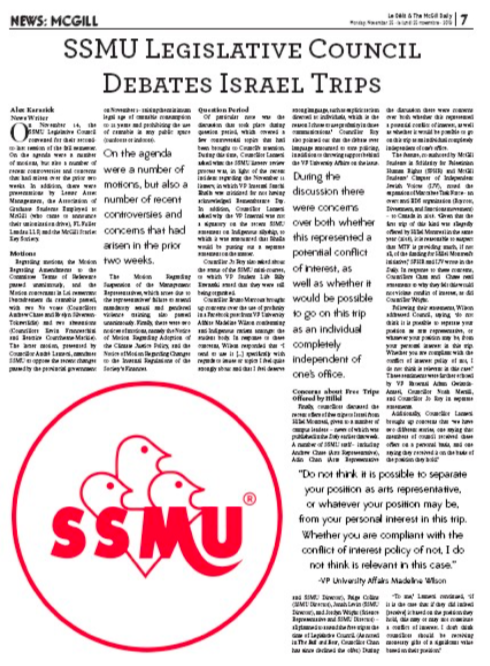