The Associated Press reported that Netanyahu avoided openly taking sides ahead of the U.S. Presidential elections. Prime Minister Benjamin Netanyahu told reporters that U.S. bipartisan support has been “one of the foundations of the American-Israeli alliance.” 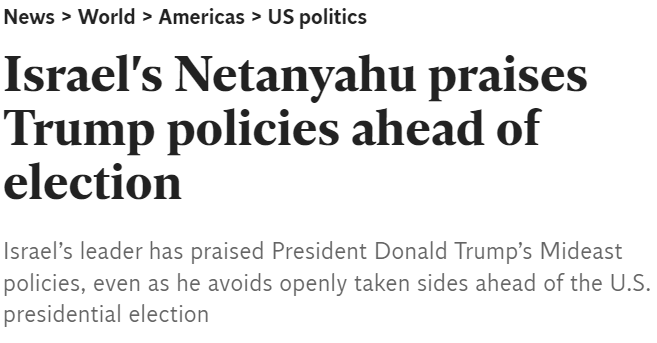 Immediately after these reports were broadcast, HonestReporting Canada liaised with senior personnel at CP24, who to their credit, acknowledged their error and cancelled this segment from future broadcasts.

We thank CP24 for its cooperation.