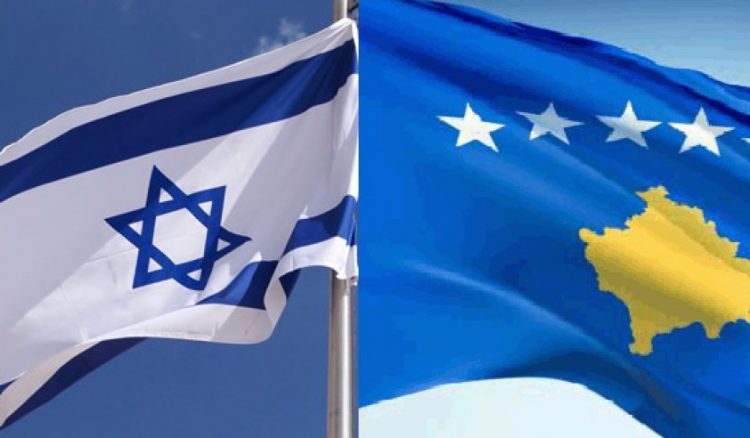 Joining the ranks of Sudan, Morocco, Bahrain and the United Arab Emirates (UAE), the agreement between Israel and Kosovo is noteworthy for a number of reasons.

First, Kosovo’s recent peace deal shows that the recent string of announcements have not ended with the presidency of Donald Trump. Many critics feared that once Donald Trump left the White House, the new administration of Joe Biden would halt, or at least pause, the rapid pace of Muslim countries burying the hatchet with Israel. But as Kosovo shows, Israel’s appeal and allure is not dependent or reliant on any particular government, either in Israel or in the United States.

Second, Kosovo is also the first country in the recent group to be establishing its embassy in Jerusalem, Israel’s capital. Although Israel’s Knesset (parliament), Supreme Court and government headquarters are located in Jerusalem, most of the world does not yet recognize it as such. As such, at the present moment, the vast majority of world powers have their embassies in Tel Aviv. Any country choosing to place its embassy in Jerusalem is noteworthy, but it is especially promising with a Muslim-majority state like Kosovo.

Third, unlike the other recent Muslim-majority countries to ink peace deals with Israel, Kosovo is the first among them not to be located in Africa or the Middle East, nor is it Arab-majority. Critics have claimed that Israel’s recent peace agreements with Gulf States, in particular, have only happened because of a mutual fear and distrust of the Islamic Republic of Iran. And while it is true that the Iranian regime has brought regional Sunni Arab states to recognize that threat more acutely, the undeniable fact is that Israel is a country which these Gulf States also want to do business with.

But Kosovo, located in southern Europe and a world away from the geopolitical issues of the Middle East, is not inking a peace deal with Israel because of Iran. Kosovo is establishing relations because, quite simply, it has no reason not to, and plenty of reasons to embrace relations with Israel – a growing technological and economic power. Even more promising is what Kosovo represents, particularly in the Muslim world. The largest Muslim-majority countries in the world are not, contrary perhaps to common misconception, located in the Middle East, but rather in Asia: Indonesia, Pakistan, Bangladesh, for example, are home to more than half a billion Muslims. Kosovo may have opened the door to Israel’s future relations with many of these people.

Of course, the biggest significance of Kosovo and Israel establishing full diplomatic relations is because, like all other countries anywhere in the world, it represents an absolute rebuke of the Boycott Divestment Sanctions (BDS) movement, which has sought to portray Israel as a pariah state on its last legs, only propped up by the diplomatic and military assistance of the United States. While the BDS movement was born in the early 2000s, the boycott of Israel stretches back to the Arab oil embargo targeting allies of Israel nearly half a century ago, in 1973. But in those intervening years, Israel has grown, developed and prospered, and not only increased the quality of life within its borders, but around the world, by assisting developing countries with disaster help, research and development partnerships, and more.

The last holdouts to this avalanche of countries opening their doors to Israel appear likely to be those regimes which prioritize hatred of Israel over the quality of life of their own people. When governments such as Iran’s, or the Palestinian Authority, choose to continue to foster hatred and rejection of Israel’s existence, they are not only fighting a losing – and in reality, unwinnable – war against the inevitable global acceptance of Israel, they are more importantly choosing a fruitless propaganda battle rather than seeking how to better the lives of their own citizens.

In recent months, Israel has celebrated these growing diplomatic agreements and breakthroughs. But it is important to remember, and indeed for the news media to report as well, that these victories are not one-sided, but mutual: every country which signs a peace agreement with Israel is doing it in their own best interests. And that’s a wonderful thing.