HonestReporting Canada staff have been working round the clock during recent hostilities between Israel and Hamas. As the saying goes, in war the first victim is oftentimes the truth.

In some of our efforts, we mobilize our grassroots subscribers to communicate their concerns to Canada’s media, such as our alert today about how Palestinian doctor Izzeldin Abuelaish claimed in a Globe and Mail op-ed that Israel was committing a “human genocide” of Palestinians. Meanwhile, other efforts are done behind the scenes where we engage the media via in-person meetings, calls, and emails to communicate our concerns about ongoing coverage, to sensitize Canadian journalists to Israel’s concerns, or to just engage in a respectful dialogue with members of the press.

For example, on July 4, HonestReporting Canada contacted CTV News asking senior executives to issue an immediate on air-correction to remedy an erroneous statement made by anchor Jacqueline Milczarek at around 9:50am that day. In a brief report which you can view below or by clicking here, CTV claimed that Israeli forces had killed an Arab teenager, Mohammed Abu Khdeir, whereas Jewish extremists have confessed to the abhorrent murder.

Again, Israel’s armed forces had nothing to do with the grisly murder of this Arab teen. 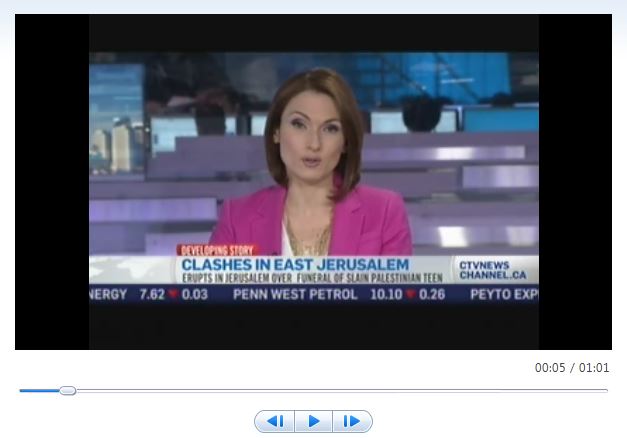 I’m writing in response to your letter requesting an on-air correction in CTV News Channel’s reporting of the unrest in the Middle East at approximately 9:50 am today.  Upon reviewing the broadcast we feel it is our responsibility to clarify our report concerning this story.  As such, we will be broadcasting an update which clarifies – that there is no link between the  Israeli forces and the killing. You can watch this broadcast at 1 pm Eastern time by our anchor Jacqueline Milczarek.  We thank-you for bringing this to our attention.

CTV’s on-air correction can be seen by clicking here or below, it aired on July 4 at 1:02pm and saw CTV Anchor Jacqueline Milczarek state the following: “Also a note for our viewers here regarding our coverage of the unrest in the Middle East. Earlier today, at approximately 9:50 a.m. eastern time we reported that the Palestinian youth had been killed by Israeli forces. This is not the case, no link between Israeli forces and the killing has been made and no charges have been laid in this case and CTV News does regret this report.” 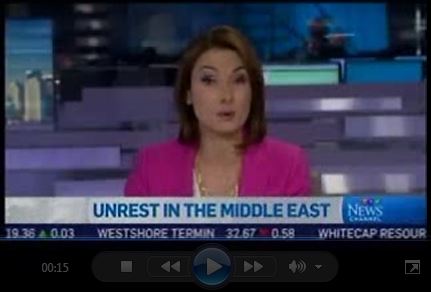 Battle of The Brands: How The BDS Movement...