Faced with an unrelenting Palestinian terror wave that has seen eight Israelis brutally murdered and dozens maimed, our news media have sympathized with terrorists, downplayed and at times justified their violence, and assigned blame to Israel.

In this crisis, HonestReporting has been working round the clock to ensure that our media report the unvarnished truth about what is actually taking place: How Palestinian incitement has encouraged Palestinian terror.

A recent example of our effectiveness came when CBC News’ website turned Palestinian terrorists into victims of supposed Israeli aggression, as seen in the following headline on October 17: 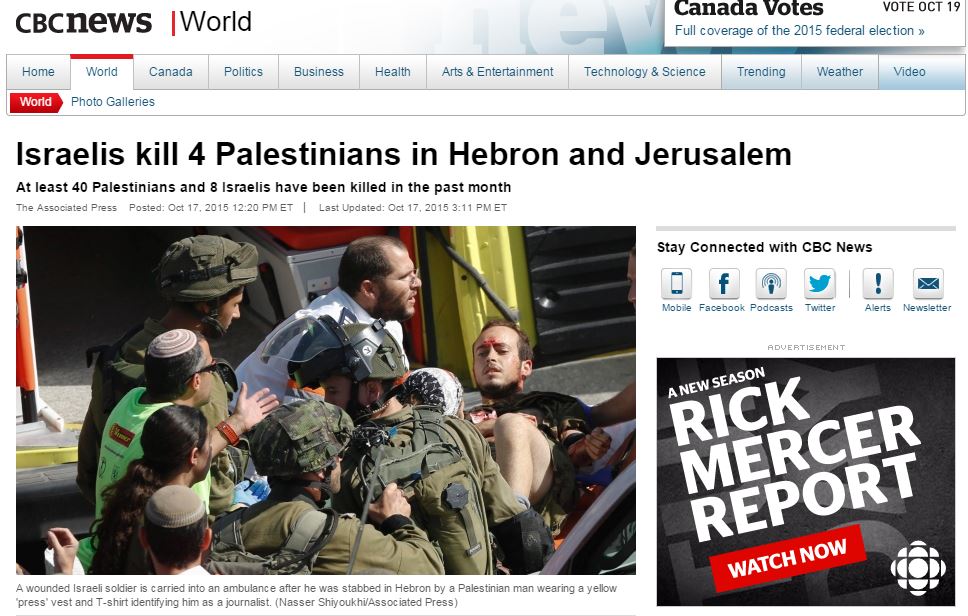 This headline made the guilty party innocent and the innocent party guilty.

HonestReporting Canada pleaded with CBC executives to amend the headline to point out that the 4 dead Palestinians were in fact terrorists who stabbed and tried to murder Israelis. Following our intervention with the CBC, the following amendment was issued which acknowledged, albeit in attribution only, that Israel claims these Palestinians “were trying to stab them”: 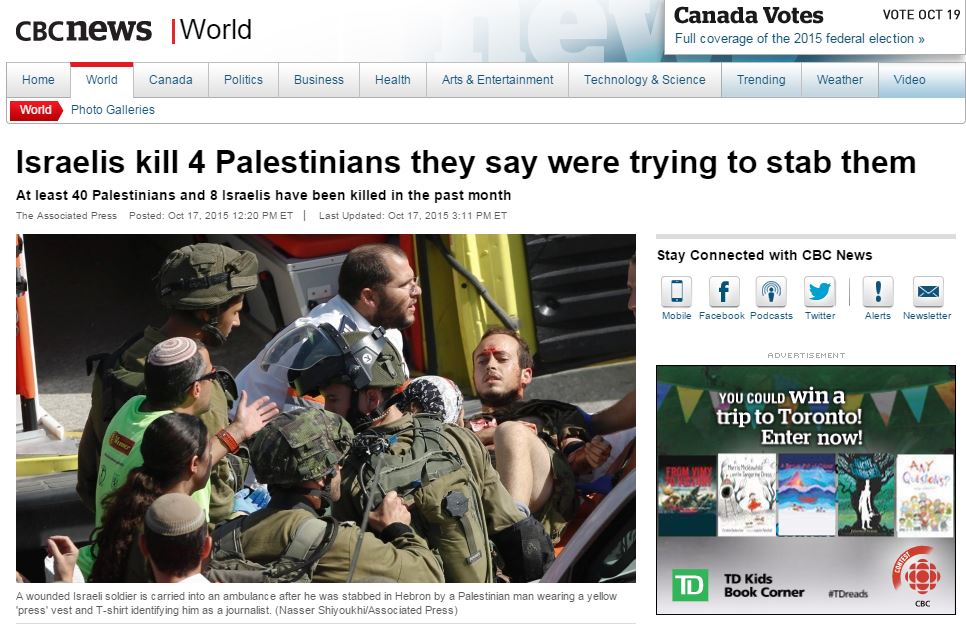 This is the impact of HonestReporting and as you can see, our work produces results and our news media are aware that they’re being vigilantly watched and are not immune to criticism.