James Sears, the editor of a Toronto-based publication “Your Ward News” was handed the maximum one-year jail sentence for promoting hatred against women and Jews.

The publication was distributed over three years to more than 300,000 homes and businesses in the Toronto area as well as being online. It promoted tropes of Jews drinking the blood of Christian children and denied the Holocaust occurred. 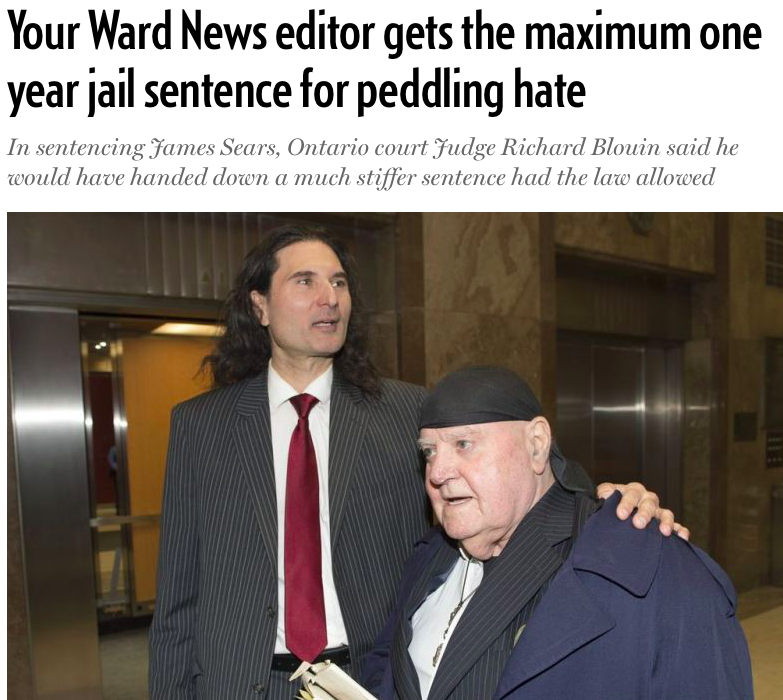