On September 30, CBC’s The Passionate Eye aired a documentary that’s worth watching entitled: “Bitter rivals: Iran and Saudi Arabia,” which is a gripping and comprehensive primer that explains how Iran and Saudi Arabia are the two elephants fighting for hegemony in the Middle East, where only the grass suffers. 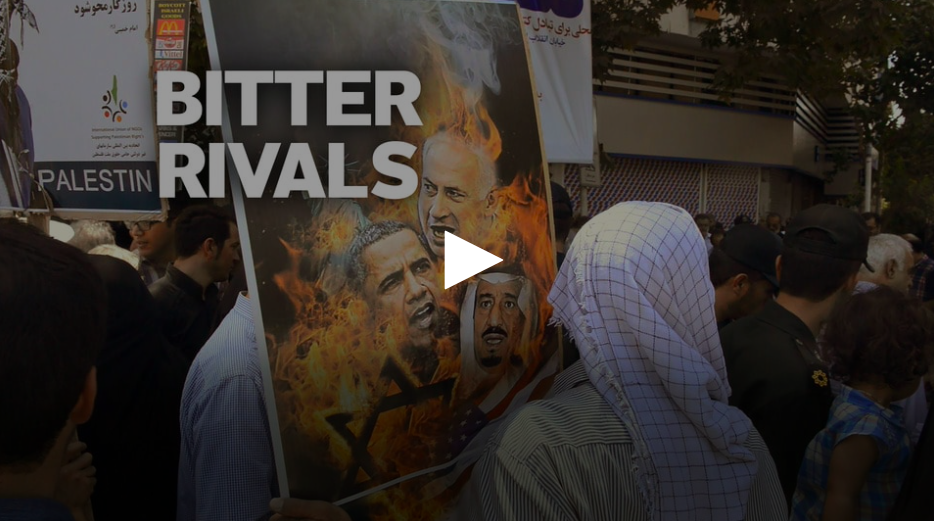 From the devastating war in Syria to continuing turmoil in Iraq, to the crisis in Yemen, much of today’s violence across the Middle East has been portrayed as part of an ancient battle between the Sunni and Shia branches of Islam.

But as Bitter Rivals reveals, the real story is far more complex and contemporary – rooted in a 40-year rivalry between Iran and Saudi Arabia that has fueled sectarian extremism for political gain, with intervention by the U.S. only ratcheting up the conflict.

“There is no doubt that the historical schism between Sunnis and Shias has been there since the 7th century. But the violence that we are seeing today is new. It is modern political violence. It is a power struggle between Iran and Saudi Arabia for dominance of the Middle East and the Muslim world.” – Kim Ghattis, Journalist/Author, in the documentary.

Bitter Rivals: Iran and Saudi Arabia tells the inside story of how this dangerous feud has plunged the Middle East into unprecedented levels of violence. Drawing on interviews with political, religious and military leaders, it paints a picture of a feud that has reshaped the Middle East. In heated interviews with correspondent Martin Smith, leading politicians from both countries blame the other for the violence.

Bitter Rivals charts the rise, and the ambitions of Iran, as its government seized on power vacuums in Iraq and Syria. It also shows how Iran has used proxy forces on the ground to control capitols from Tehran to Baghdad, from Damascus to Beirut.

At the same time, the documentary traces how the Saudi government has jockeyed with Iran for regional powerhouse status. It’s an escalating struggle for control that has had devastating consequences, with civilians perpetually caught in the middle – including in Yemen, where the film team gained exclusive access to the north of the country and captured stunning scenes of devastation wrought by the U.S.-backed Saudi coalition.

As violence continues to reverberate across the Middle East, Bitter Rivals: Iran and Saudi Arabia is a gripping, must-watch documentary that will help viewers understand the forces that are shaping the region today.