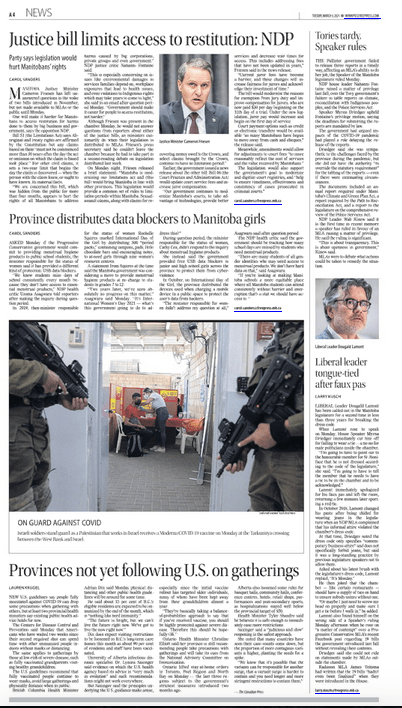 The headline read: “On Guard Against Covid” and it featured the following caption: “Israeli soldiers stand guard as a Palestinian that works in Israel receives a Moderna COVID-19 vaccine on Monday at the Tarkumiya crossing between the West Bank and Israel.”

Untold by the Free Press, this man was amongst 120,000 Palestinians who will receive free vaccinations by the Jewish state as they are employed in Israeli communities. Israel, which leads the world in inoculations administered to its population having just exceeded 5 million people vaccinated, has already promised to vaccinate all Palestinians over 16 years of age with its surplus vaccine supply.

The Jerusalem Post quoted a Palestinian woman, Hiyi Ouanina, who said she was “grateful to receive a vaccine offered to her by Israel rather than the Palestinian Authority (PA) and felt safer when she received the shot.” Ouanina said that the PA has done little to help Palestinians receive a vaccine.

This is the true face of Israel, a moral and humanitarian nation that vaccinates all its citizens, Jews and Arabs alike, and even its non-citizens who identify as Palestinians.

This gives new meaning to the maxim that a picture is worth a thousand words.