Why It Seems That Western Criticism Of Israel Is Reaching A Fever Pitch: A Fireside Chat With David Weinberg, Director, Israel Office, Centre for Israel and Jewish Affairs & Columnist With The Jerusalem Post 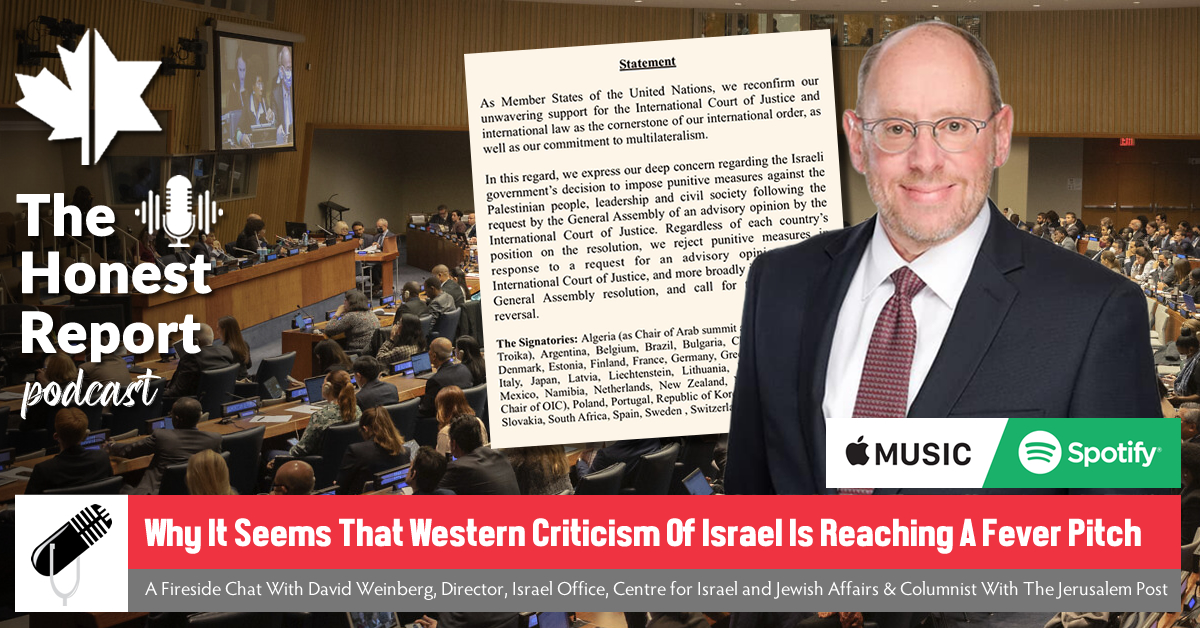 In some respects, the Middle East is changing so quickly for the better, it can be difficult to keep track. Israel’s relationships with a growing number of Muslim-majority countries, for example, is a relatively recent trend, but one where more promise exists.

But in other ways, things in the Middle East seem to be staying the same, or getting worse. Incitement from the Palestinian Authority (PA) and attempts to erase Jewish history from the region continue unabated. Criticism from the United States and European Union, focusing on Israel’s security decisions, has become only more pointed recently.

Despite Israel’s economic success, why have some Western powers become increasingly emboldened to repeatedly attack Israel’s security decisions, while saying precious little about the Palestinian Authority?

Our guest on this week’s podcast is David Weinberg. David is a columnist with the Jerusalem Post who has held a series of public positions, including senior advisor to deputy prime minister Natan Sharansky and coordinator of the Global Forum Against Anti-Semitism in the Prime Minister’s Office; spokesman of Bar-Ilan University, and many other roles, who will help shine light on what is spurring on this trend of Western criticism, and how the new Israeli government may respond.