Why Is Radio-Canada Promoting an Anti-Israel Art Exhibit? 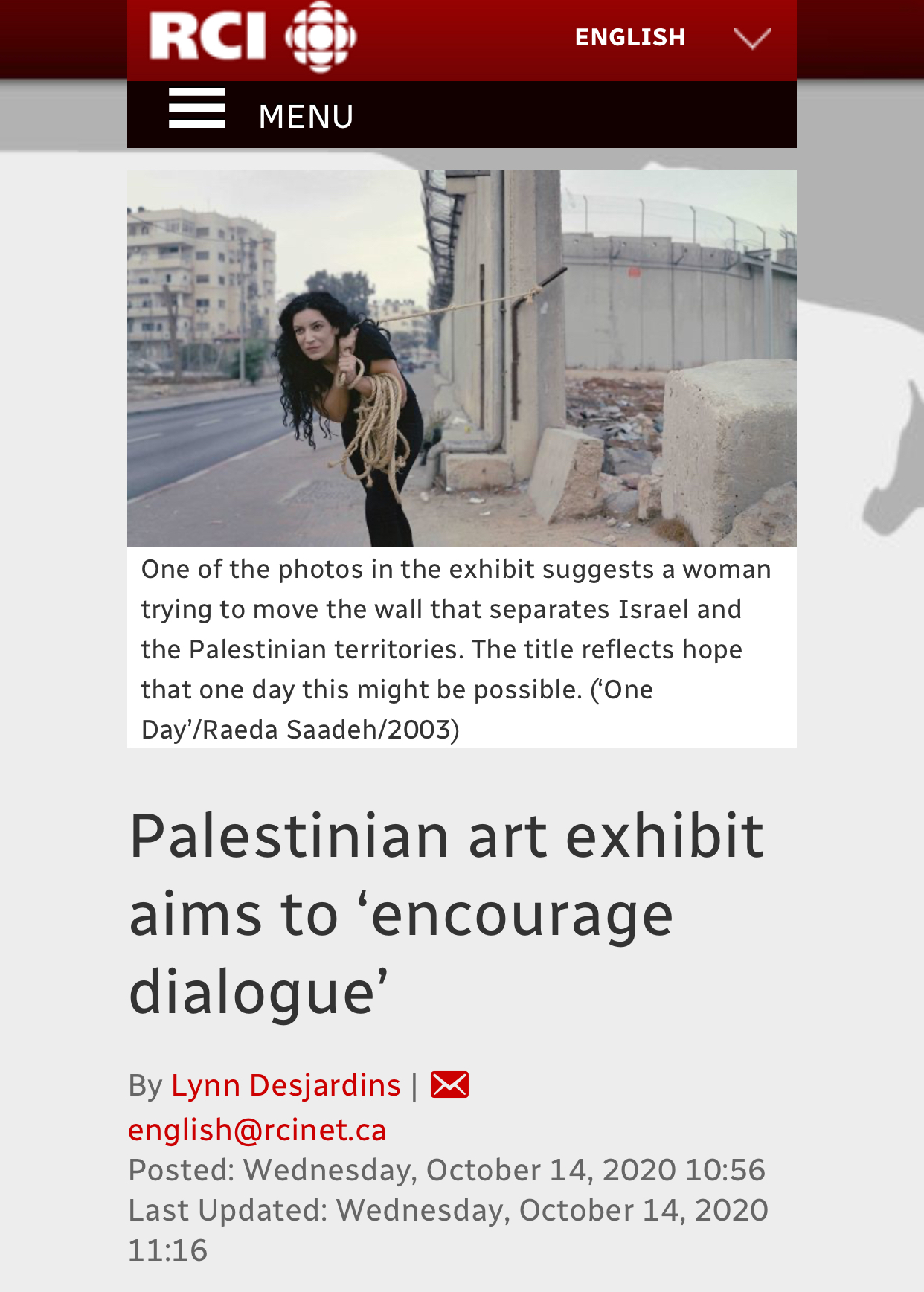 When we first came across the following report, the first thing that came to mind is why is Radio-Canada International, our public broadcaster, promoting an anti-Israel exhibit by the art gallery, Montréal, arts interculturels (MAI)?

Our second concern is that the MAI is closely associated with the City of Montreal, from which it receives much of its funding, as well as from the Quebec and federal governments. This begs the question, were public funds used to support this anti-Israel propaganda?

The article stated the following:

A Montreal art gallery is offering a free online exhibition of the works of emerging contemporary artists who live and work in the Israeli-occupied Palestinian territories. It includes a virtual tour of the gallery, artists’ biographies and information on the presented works and the contexts in which they were created. Live in Palestine focuses on work that addresses some of the complexities of living in the territories.”

The article displayed the following photos: 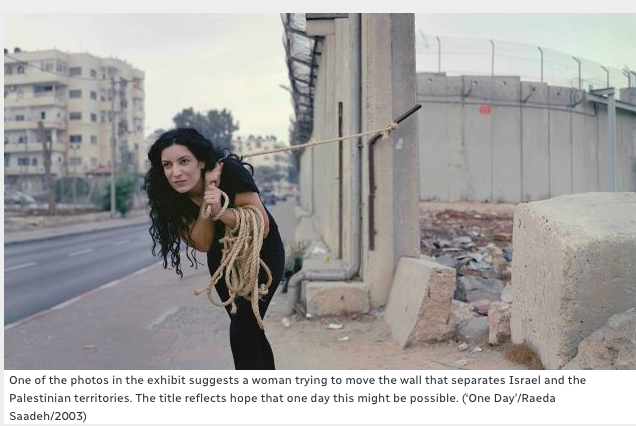 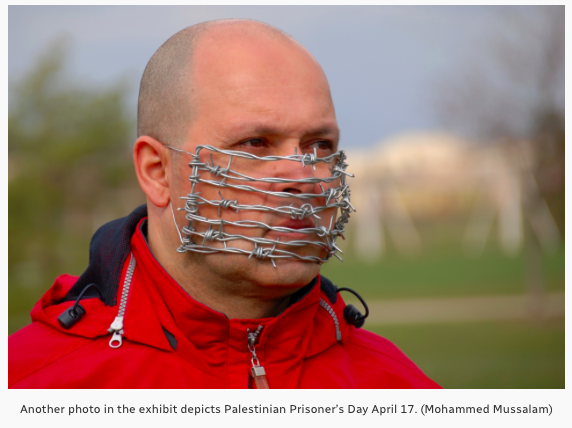 As is commonly known, the Arab-Israeli conflict is very complex and indeed, highly controversial. We were troubled that this RCI report appears to be nothing more than press release journalism.

To that end, the RCI report includes a reference to a news release from M.A.I (Montreal, arts interculturels) that states:

This exhibition is a response to the ongoing violation of Palestinian human rights with the continued sieges on Gaza, the shooting of peaceful protestors, night raids and the arrest of thousands of Palestinians including over two hundred children and women. Live in Palestine seems particularly crucial at this moment as Trump’s ‘deal of the century’ sponsors Israel’s plan to annex parts of the West Bank, in defiance of International and Humanitarian Law.”

There was no context about Israel’s perspective on these many issues and no balance is featured in this RCI report. On the issue of the security barrier, what is referred to in this report as a “wall,” no mention was made that it’s in place to prevent Palestinian terror that has killed over 1,000 Israelis, injuring hundreds more and that its implementation has seen a drastic reduction in terror attacks by 90%, Israel says. With respect to Palestinian prisoners, no mention was made that Israel considers these individuals to be terrorists or they were incarcerated for their role in supporting acts of terror and/or for being security threats. Israel says they are not “political prisoners” and this report leads you to that false conclusion. Lastly, with respect to the now postponed Israeli plan to apply sovereignty to Judea and Samaria (west bank), Israel claims it’s within its rights under international law, citing its historical, legal and ancestral claims to the lands, along with pressing security concerns. The U.S. now supports the Israeli position that Israel’s presence in these areas is not “illegal” and do not violate international law.

The article also links to and drives traffic to the M.A.I exhibit and the Arts and Resistance blog. Importantly, MAI lists the following supporters on its website:

In a complaint sent to senior editors at Radio-Canada International, we conveyed our concerns that this isn’t a news article in any sense, it’s really just a promotional piece of this anti-Israel “art” exhibit without any context and consideration for Israel’s perspective on these many controversial issues.

Accordingly, we respectfully requested that corrective action be immediately undertaken by RCI to set the record straight.

We await RCI’s response to our complaint. Stay tuned to this page for any future updates.