When Media Ignore Israel’s Virtue As The Startup Nation, They Do So At Their Own Peril 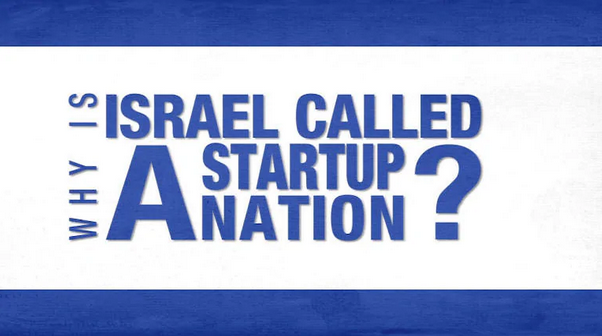 When it comes to Canadian news reporting about Israel, it’s often through the lens of conflict, with journalists guided by the adage: “if it bleeds, it leads.”

If Israel is in the news, far too often it’s because either its detractors have accused the Jewish state of doing something nefarious, or, the Israel Defense Forces were forced to carry out preemptive defensive military efforts to thwart terror attacks.

While Israel has indeed suffered from terrorism – even today, with Israel’s advanced intelligence and security barrier stopping the vast majority of attempts, Hamas and Islamic Jihad fire rockets into Israel on occasion – the reality is that even during its bloodiest war with Islamist terror groups, conflict may attract headlines, but it never defined Israel in reality.

Israel has been nicknamed the “Start-Up Nation” because of its significant investments in research and development, its innovative corporate culture, and its disproportionate role in global scientific advancements. Israel has the 3rd most companies listed on the Nasdaq, after the US and China. Just over the last few weeks alone, some well-deserved headlines have helped to show the true face of Israel, beyond the conflict.

On a daily basis, Israel is punching far above its weight in making a significant and positive impact in the world of science and medicine. Israeli officials announced recently that the country would be sending an astronaut into space next year for a stint on the International Space Station (ISS), marking the second time in history that Israel would be doing so. To date, astronauts from fewer than 40 countries have made the trek into space, and Israel – a country smaller than Vancouver Island – is among them.

Israel’s contributions to science and technology hit a lot closer to home this year, a year defined by the COVID-19 pandemic, and the associated health and economic crises around the world. Dozens of countries in the world, including Canada, are suffering through a second wave this fall. Public health experts say the only light at the end of the tunnel is the rapid development of potential vaccine candidates around the world, which could allow life to return to semi-normal in the near future. If Moderna, a US-based pharmaceutical company and one of a small number of developers of a potential vaccine is successful in its efforts, millions of people in Canada and around the world will have Israel to thank. Moderna’s Chief Medical Office is Dr. Tal Zaks, an M.D., Ph.D. graduate of Ben Gurion University, who’s spearheading the vaccine research effort for Moderna. As was reported in mid-November, if the vaccine is rolled out successfully, then countries who made pre-orders, such as Canada and Israel, could expect to receive vaccines as early as the spring of 2021.

Israel is already making significant progress in an area previously thought to be impossible: stopping time in its tracks. Researchers at Tel Aviv University and the Sagol Centre for Hyperbaric Medicine and Research recently announced that they have seen success not only in halting the impact of aging on a human body, but reversing much of the damage and deterioration that characterizes getting older.

For Canadians suffering from dementia and Alzheimer’s disease, or other chronic degenerative issues, research like this can be the difference between life and death.

Israel’s nickname of the “Start-Up Nation” first became popularized in a 2009 book by Dan Senor and Saul Singer, two columnists who examined what made Israel, a country almost totally lacking in natural resources and facing a near-constant threat to its very existence, become a powerhouse in scientific, medical, and technological advancements. They found a variety of contributing factors, and concluded that despite its tiny size, Israel had a great deal to teach the world about innovation and finding creative solutions to challenging problems.

Israel still faces an obstructionist Palestinian Authority refusing to negotiate in good faith, Islamist groups including Hezbollah and Hamas dedicated to Israel’s destruction, an Iranian regime on the precipice of being nuclear-armed, a crippling shortage of water, etc., but these challenges and many others, have forced Israel to be creative, innovative and open-minded in problem solving, and it has made major differences around the world as a result.

Israel has not devoted itself to medical and scientific achievements for the potential positive media coverage, but when Canada’s media recognizes these impressive developments, it will continue to make a real difference by helping to redefine what’s possible, and by educating Canadians on the relevance and promise that Israel can have in their own lives.