What The Media Doesn’t Tell You About What It’s Like to Live In a Jewish “Settlement” (Community): A Fireside Chat with Joshua Hasten, Spokesperson for Gush Etzion 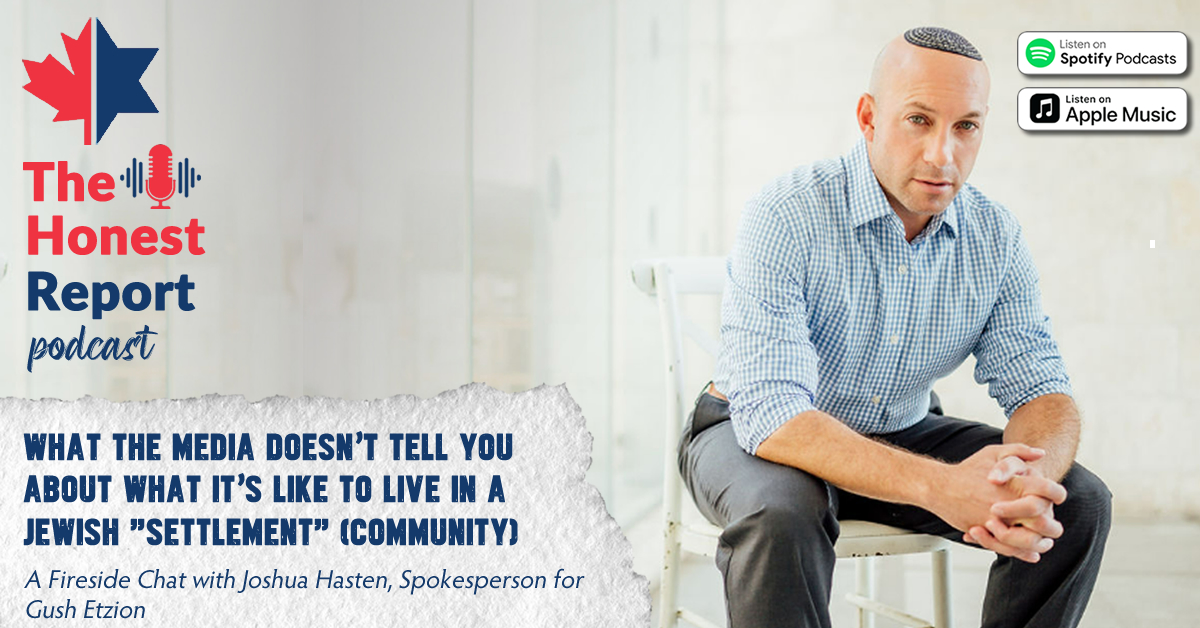 When it comes to reporting on Jewish communities in Judea & Samaria, nuance isn’t exactly something often seen in the news media. Whether disdainfully referring to them as illegal Jewish settlements, claiming that their existence violates international law, or even that they are the single biggest obstacle to peace between Israelis and Palestinians, it can be hard to separate truth from fiction and to try and understand the reality of these communities.

Our guest this week will be sharing a unique viewpoint not often seen in the news media: that these Jewish communities are not only not obstacles to peace, but in fact may be very much the opposite. Since arriving on Aliyah from the United States in 2002, Josh Hasten has been at the forefront of Israel’s public diplomacy efforts.

Josh is currently the International Spokesperson for Gush Etzion. He is also the host of the weekly radio program “Israel Uncensored.” Josh is also a well-known award-winning freelance journalist. He is also a sought-after guest for television interviews on current events in Israel, having appeared on CNN, BBC, Sky News, and more.