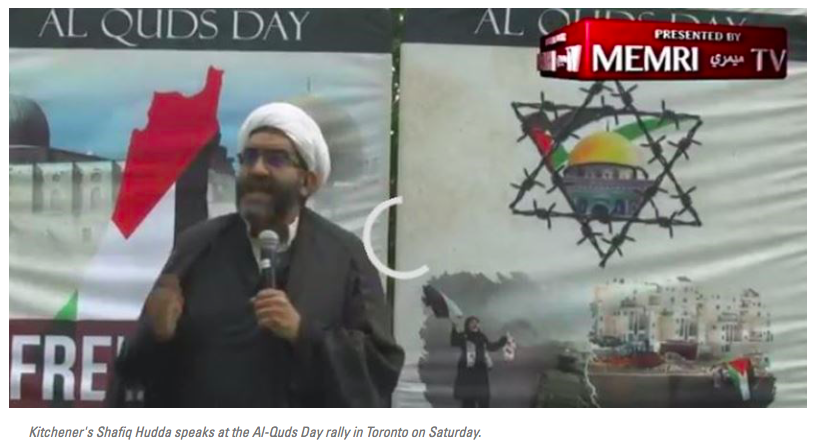 Kitchener’s Shafiq Hudda speaks at the Al-Quds Day rally in Toronto on Saturday.

In the Waterloo Record today, Luisa D’Amato penned an excellent column on Shafiq Hudda (pictured right), a so-called “respected” leader in Kitchener who called for the “eradication” of Israelis and Zionists at the recent Al Quds day rally.

To see a video of Hudda’s speech click here courtesy of MEMRI.

“We pray to the Almighty, a day will come when we will see justice throughout the world, the eradication of the unjust powers, such as the American empire, such as the Israelis and Zionists, in the same way we saw the British Empire wither away …” We will see a day coming, God willing, in our lifetime, where this empire, the Zionist empire, the American empire, will be down in the dustbins of history.”

It seems to me that criticizing Israel for its policies is fair game, just as you might criticize Canada or the United States. But that wasn’t what was happening in Hudda’s shouted, apocalyptic speech. The word “eradication” means “complete destruction.” Calling for the complete destruction of the citizens of the world’s only Jewish state, and of those who believe in its right to exist, seems to me to be an act of hatred, plain and simple.There is no room for it in civil Canadian society.”

Read the full column online by clicking here or see the print version immediately below. 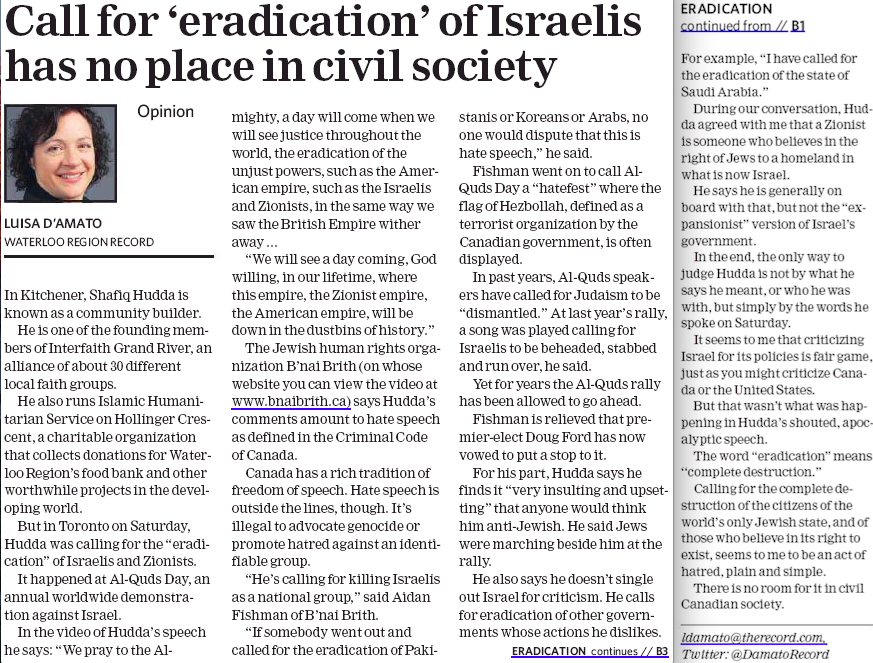