Yesterday, City News Montreal gave prominent news coverage to the pleas of fringe Montreal-area anti-Israel activists who want the Canada-Israel Free Trade Agreement (CIFTA) to be cancelled in light of Israel’s prospective plans to apply sovereignty to Judea and Samaria and speculatively, to the Jordan Valley too. 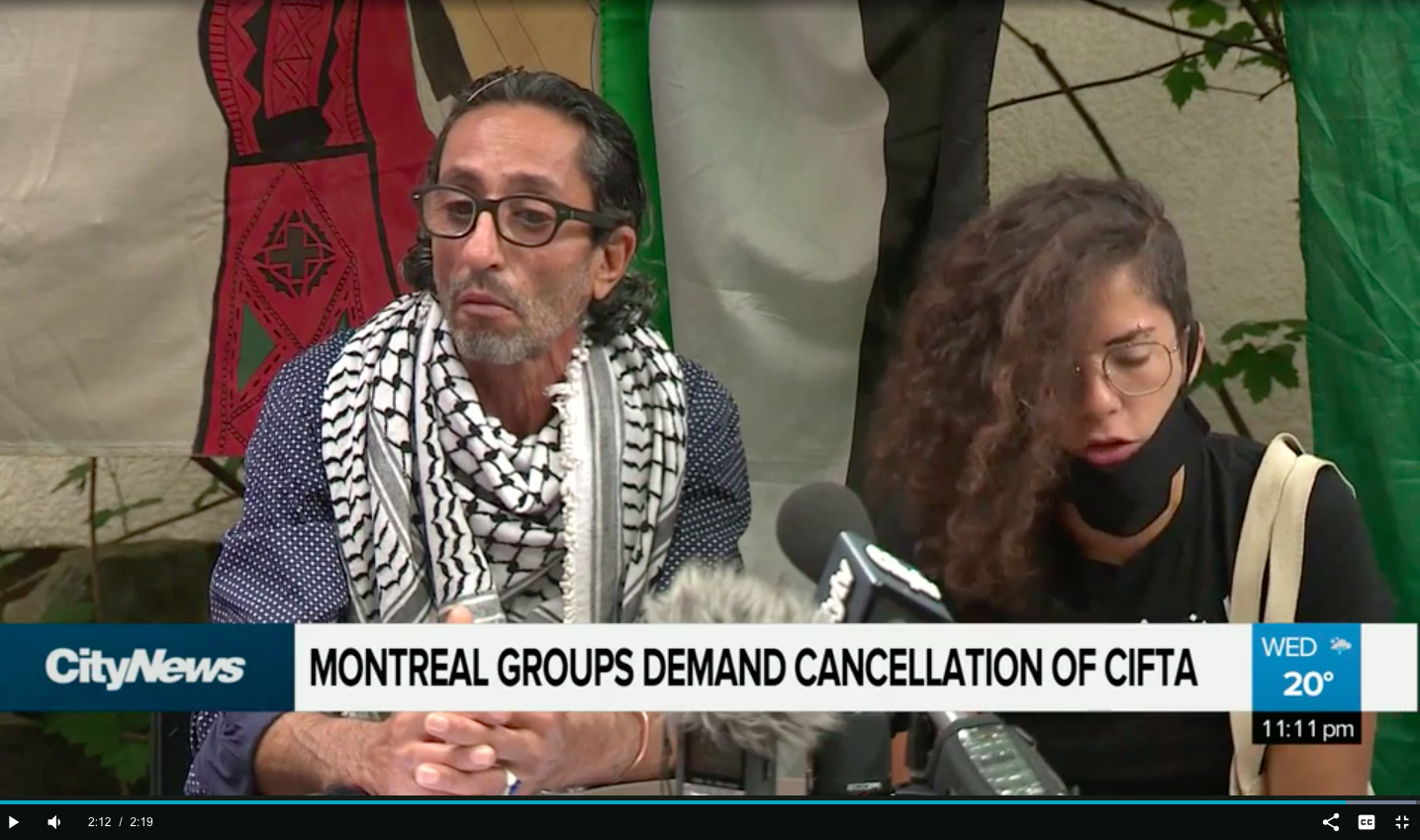 Reporter Sharon Yonan-Renold quoted anti-Israel activist Mosatafa Henaway saying: “We can no longer be complicit in these crimes of apartheid” while mentioning that the group wants Canada to “use its trade power to stop that from happening.”

Montreal organizations are asking Canada to denounce Israel’s moves towards annexing the Jordan Valley, by cancelling the Canada-Israel Free Trade Agreement. More tonight on why they say Canada is complicit in violating International law by staying silent. @CityNewsMTL. pic.twitter.com/awSIZf2oTj

The CityNews report quotes representatives from the fringe anti-Israel organization Independent Jewish Voices (IJV) and another from “Academics for Palestine”, but fails to quote any pro-Israel representatives in the report, nor does it acknowledge Israel and the Jewish people’s legal, ancestral and religious claims to Judea and Samaria. Instead, the report carries unfounded claims that the reunification plans may “block (Palestinians) from farmlands and prevent them from getting to their jobs in Israeli settlements and choke off their villages behind walls and checkpoints.”

Whether Israel will proceed with the sovereignty application is purely speculative at this point, though U.S. President Trump’s peace plan includes this stipution. With respect to CIFTA, last year Canada passed Bill C-85 to modernize the Canada-Israel Free Trade Agreement, a deal first struck in 1997 and which has seen over $1.7 billion worth of bilateral trade, and which has strengthened the ties between our liberal democracies and created new synergies in the fields of science, innovation and technology that serve to benefit Canadians and Israelis alike.

CityNews Montreal has failed to provide fair, balanced and contextualized coverage of Israel’s sovereignty application and of CIFTA itself warranting that corrective action be undertaken. Please file a complaint with CityNews directly by filing out their contact form.