On February 13 and 18, CTV’s Your Morning program aired an interview (watch by clicking on the image below) on Gaza’s downward spiral which placed primary blame on Israel for Gaza’s economic woes, its soaring unemployment rates, deteriorating sanitary and health infrastructure and electricity shortages

CTV Anchor Anne-Marie Mediwake interviewed Nathan Stock, a non-resident scholar at the Middle East Institute (MEI) and when introducing the program, CTV’s Anchor erroneously claimed that “For decadeS, the Gaza Strip has been 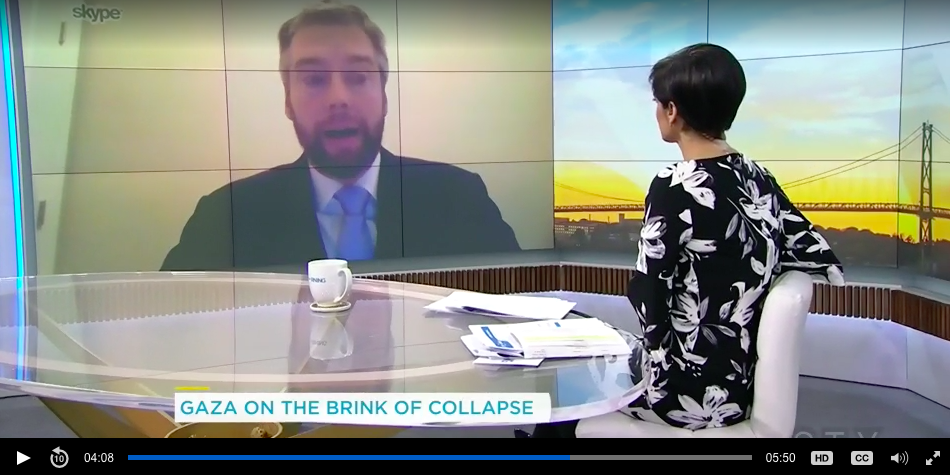 In truth, the blockade of Gaza was only instituted in 2007 by both Israel and Egypt due to the Hamas terrorist grouptaking over the Strip. The blockade is in accordance with international law and is designed to prevent the transfer of weapons and mobility of terrorists to both nation’s sovereign borders. The blockade has been enforced for shortly over one decade by both countries, during which, Hamas has fired tens of thousands of rockets at Israel, and has built terror-attack tunnels designed to infiltrate into Israel.

In commenting on Gaza being on the brink of collapse, CTV Anchor Mediwake asked: “Is this largely the result of the Israel blockade of Gaza?” To which, Mr. Stock dutifully stated that (emphasis added):

Yes, Israel’s continued control of Gaza and the enormous restrictions on the movement of goods, and people that Israel imposes on the territory is the core problem. Israel prevents Palestinians in Gaza from importing a wide range of products that you would need for manufacturing or even agriculture, so the ability of Gaza’s economy to develop to produce things for export is severely constrained and all that is left is donor aid, with 80% of the population is dependent on foreign assistance.”

Again, no mention is made by CTV that the restrictions on goods is only for items the Israeli military worries will be used for terrorist purposes or that have dual-use, which can be repurposed for terrorist interests. No mention was made of the hundreds of thousands of tonnes of humanitarian aid (food, fuel, medicine, etc.) that Israel regularly provides for Gaza. Israel says that there is no limit on the quantity and types of consumer goods that can be imported into Gaza via Israel. Every single day, about 550 truckloads of goods, carrying everything from foodstuffs to vehicles, pass into Gaza from Israel.  No mention was made by CTV of how Israel is actively working to support reconstruction efforts in the Gaza Strip, nor was there any mention of the medical treatments it grants to Palestinians. Even the daughter of Hamas chief Ismail Haniyeh was treated at an Israeli hospital.

No mention was made that Israel only reduced electricity flow to Gaza at the request of the Palestinian Authority. 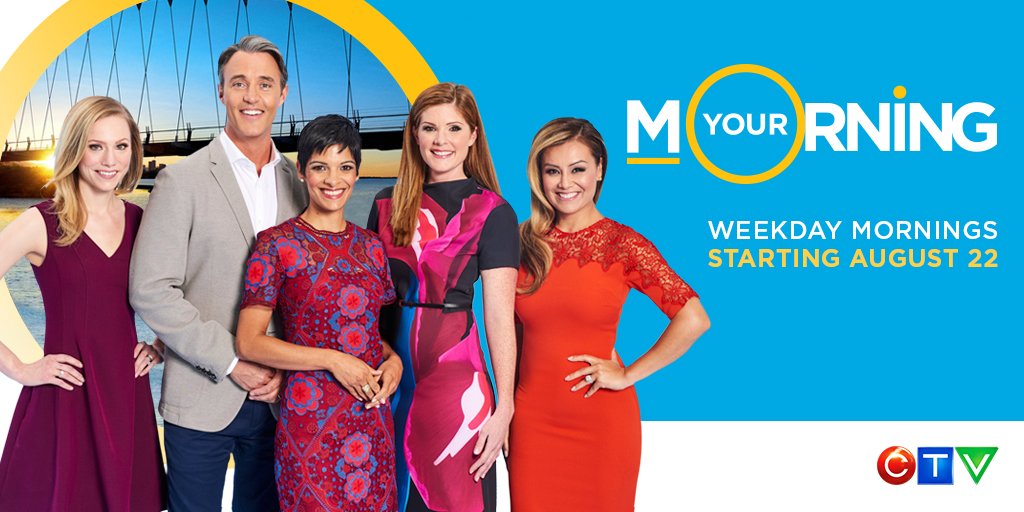 No mention was made about how Hamas spends approximately $100 million a year (20 percent of its overall budget) on preparing for and launching terror attacks against Israel. Or how a Hamas leader living in exile, Khaled Meshaal, is a billionaire having stolen aid money intended for suffering Palestinians and how Hamas leaders living locally have lavish $4-million dollar residences.

Though Mr. Stock did acknowledge that Hamas is a recognized terrorist organization that runs Gaza, he didn’t place blame on Hamas for its poor management of this Palestinian territory. He did assign partial blame for Gaza’s economic woes to the Fatah administration of Mahmoud Abbas for the Palestinian Authority’s applying economic sanctions on Gaza. Not mentioned by Mr. Stock, these sanctions were instituted by the PA to pressure Hamas, who in turn blamed the PA for the deteriorating situation in Gaza.

If Hamas had been as committed to the welfare of Palestinians in Gaza as it is towards its desire to wipe Israel off the map, Gaza would be thriving like Singapore. Alas, having inept and corrupt terrorists running Gaza has brought the present situation to a fore.

All of the aforementioned facts and context, CTV Your Morning did not tell its viewers about and as a result, Canadians were misinformed about who is deserving of blame for Gaza’s pending collapse, Hamas! CTV is duty bound to acknowledge this reality in its future programming. We encourage you to call on CTV Your Morning to set the record straight by producing programming which acknowledges that Hamas is responsible for Gaza’s demise. Send your considered comments to: ym@bellmedia.ca.

Good web site you have got here.. It’s hard to find good quality writing like yours nowadays. I seriously appreciate individuals like you! Take care!!