Leave it to Mark Mackinnon, the Globe and Mail’s former Middle East Bureau Chief, to use the Corona Virus pandemic to gratuitously attack Israel over Twitter on March 17.

In a bitterly humourous reversal of roles, a friend from Gaza just wrote to check in on how I/we are doing in London. Gaza – isolated from the world for more than a decsade – is one of the few places still officially coronavirus-free…

Why is Gaza isolated? Simply put, the Hamas terror group has run the Strip for the past 13 years forcing Israel and Egypt to impose a blockade to prevent weapons from entering the territory which could be used in terror attacks against Israeli civilians from Gaza proper.

Tweet your condemnation directly to Mark Mackinnon at: www.twitter.com/markmackinnon 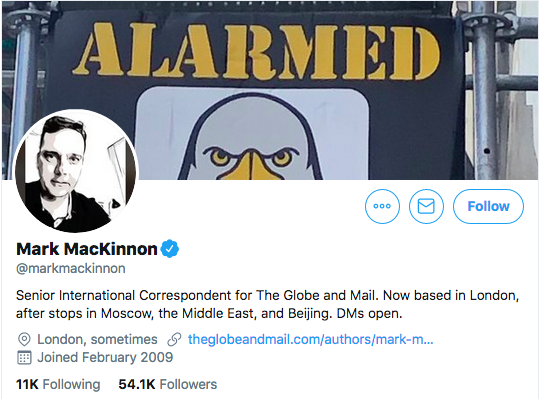