Unfair, Misleading and Incomplete Headline in the Globe and Mail

On May 28, HonestReporting Canada brought our concerns to the attention of senior editors at the Globe and Mail in regards to the following unfair, misleading and incomplete headline Globe editors gave today to a Reuters article on page A5: 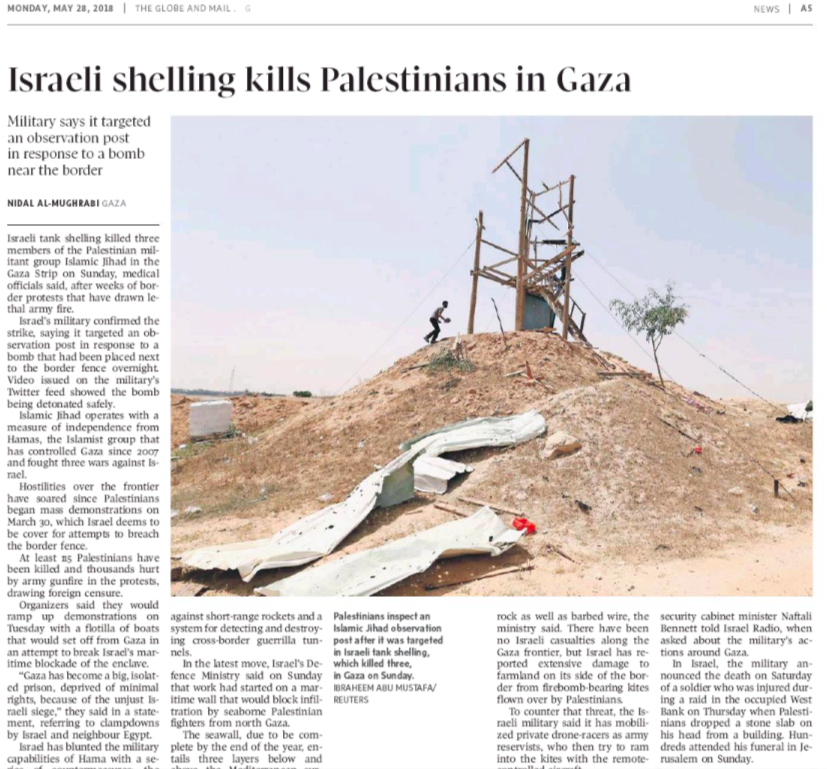 Failing to mention in the headlines that Israel shelled “militants,” specifically those from the Islamic Jihad terror group, likely mislead Globe readers into thinking that presumably innocent Palestinians were killed in an Israeli shelling. This is a disservice to the truth. Furthermore, readers look at headlines 3:1 over the adjacent article, so just because the context is featured in the lead and body of the article, doesn’t really mitigate the matter. 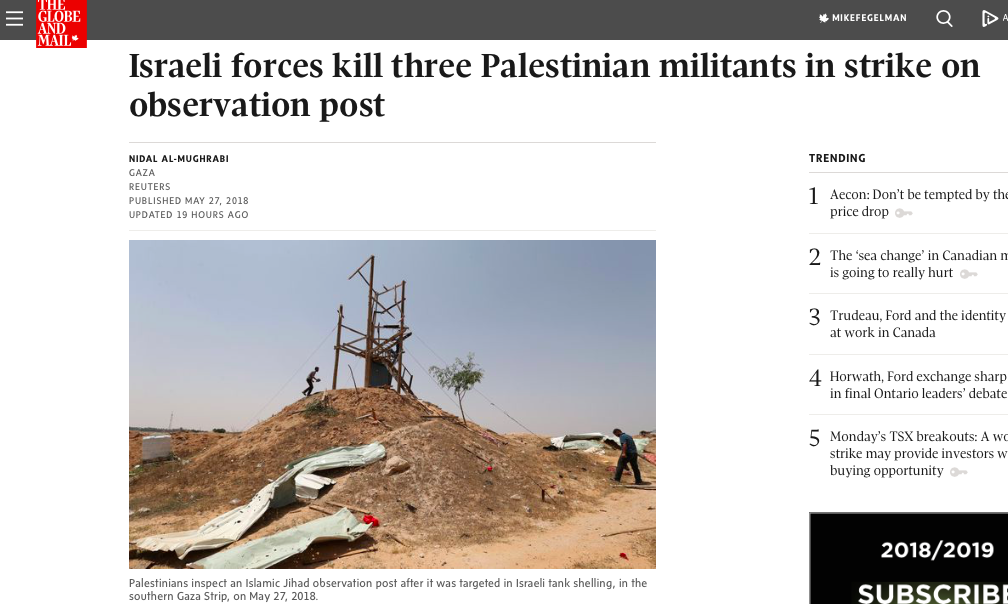 HonestReporting Canada has called on the Globe and Mal to publish a clarification notice to acknowledge that the Israeli strike killed 3 combatants who were “militants” from the Islamic Jihad terror group. Stay tuned to this page for future updates.