Brief History of the Region

Israel is the only nation on earth that inhabits the same land, bears the same name, and speaks the same language, that it did 3,000 years ago. The more facts you know about the history of Israel, the better an advocate you will be. Often, foreign journalists assigned to Israel arrive with very little background of Israel’s history. Without context, it is impossible to report fairly on the Middle East. Much has been written about the history of the modern state of Israel. Here is a short summary of the basic info every activist should know.

From a Dream to Reality

The 2,000 year-old Jewish desire to return to the land of Israel was given international recognition by the Balfour Declaration and the United Nations partition vote. 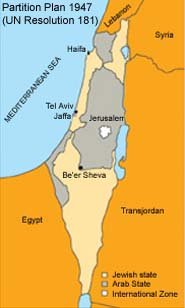 “His Majesty’s Government view with favor the establishment in Palestine of a national home for the Jewish people, and will use their best endeavors to facilitate the achievement of this object.”

1922: The U.S. Congress passes a resolution supporting the Balfour Declaration.

1922: Great Britain administers the area referred to as “Palestine” – which includes present day Jordan – following the defeat of Turkey in the First World War.

1922-1946: Great Britain divides Palestine in two, intending for the territory west of the Jordan River to be a Jewish state and the area east to be an Arab state.

1947: The United Nations approves by a 2/3 majority the British proposal to create a Jewish and an Arab State. However, unlike the original British proposal, the Jewish State would only exist in a fraction of the land west of the Jordan and the Negev Desert. Jerusalem was designated as an “International City.”

1948 The Creation of the State of Israel, a Fight for its Life 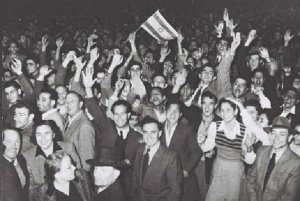 The Zionist movement accepted the U.N. plan to divide the area historically referred to as “Palestine” into a Jewish and an Arab nation. The Arabs rejected the plan and immediately attacked Israel.

1948: Israel proclaims its independence. Within 24 hours, Egypt, Jordan, Syria, Lebanon and Iraq attacked. The newly formed, poorly equipped Israel Defense Forces (IDF) repulses the invaders in fierce intermittent fighting, which lasts some 15 months and claims over 6,000 Israeli lives (nearly one percent of the country’s Jewish population at the time).

1949: Fighting ends. According to the resulting armistice agreements, the coastal plain, Galilee and the entire Negev falls within Israel’s sovereignty. Judea and Samaria (the West Bank) come under Jordanian rule, and the Gaza Strip comes under Egyptian administration. The international community refuses to recognize Jordanian and Egyptian occupation. Jerusalem is divided, with Jordan controlling the eastern part, including the Old City, and Israel the western sector. (The line demarcating the Arab and Jewish cease-fire positions is today referred to as the “Green Line.” It was never intended to serve as an international border.)

1949-1956: The 1949 armistice agreements are constantly violated by the surrounding Arab nations. Israeli shipping is prevented from passing through the Suez Canal; the blockade of the Straits of Tiran tightens; incursions into Israel by terrorist squads from neighboring Arab countries occurs with increasing frequency; and the Sinai peninsula is the scene of a huge Egyptian military build-up.

1955: Egypt seals off access to the Israeli port of Eilat, effectively stopping Israel’s sea trade with much of Africa and the Far East. On July 26, 1956 Egyptian President Nasser announced Egypt’s nationalization of the Suez Canal, most of whose shares were held by Britain and France. Britain, France, and Israel launch a military operation in the Sinai Peninsula. Four and a half months later, on March 16, 1957, Israel withdraws her troops from the Sinai and Gaza Strip after receiving international reassurances that Israel’s vital waterways would remain open. 3,300 United Nations troops replace them. Despite Israel’s withdrawal, the Egyptians refuse to open the Suez Canal to Israeli shipping.

1967 The Six Day and Yom Kippur Wars: Israel Survives and Ends Up in Control of the West Bank, Gaza Strip and Golan Heights

Faced with imminent attack and actions that legally constituted acts of war, Israel was forced to take preemptive action against numerically superior forces. The result was that Israel ended up in military control of Jerusalem and many areas that had never been part of any state. 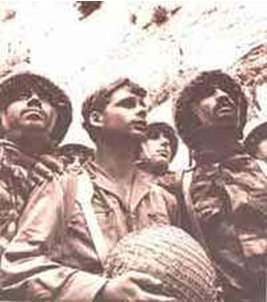 1967: Israel is faced with Arab terrorist raids across the Egyptian and Jordanian borders, persistent Syrian artillery bombardment, and massive military build-ups by the neighboring Arab states. Egypt moves troops into the Sinai desert, expels the UN peacekeeping forces, blockades the Straits of Tiran and enters into a military alliance with Jordan. In response, Israel launches preemptive strikes against Egypt and then Syria. Despite Israeli pleas, Jordan belatedly joins Egyptian and Syrian war efforts. When the war is over, Israel controls Judea, Samaria, the Gaza Strip, the Sinai Peninsula and the Golan Heights. Jerusalem, divided since 1949, is reunified under the Israeli flag.

1968: Egypt initiates a ‘war of attrition’, with sporadic, static actions along the banks of the Suez Canal, which escalates into full-scale, localized fighting, causing heavy casualties on both sides. Hostilities end in 1970 when Egypt and Israel accept a renewed cease-fire along the Suez Canal.

1973: On Yom Kippur, the holiest day in the Jewish calendar, Egypt and Syria launch a coordinated surprise assault against Israel. In three weeks, the Israel Defense Forces turn the tide of battle and repulse the attackers, crossing the Suez Canal into Egypt and advancing to within 20 miles of Damascus. After two years of negotiations, a cease-fire was agreed upon and Israel withdraws from parts of the territories captured during the war.

Israel Strives for Peace with Arab States and Palestinians.

Israel has signed peace treaties with Egypt and Jordan. Israel also signed the Oslo Accords with the PLO that were supposed to permanently end the Arab-Israel conflict. There has never been any serious attempt by any Palestinian leader to reign in terrorist groups. 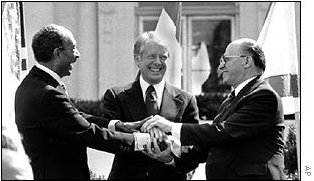 1977: Egyptian President Anwar Sadat visits Jerusalem. The visit was followed in 1978 by the Camp David Accords. The accords brought the 30-year state of war between Israel and Egypt to an end. In accordance with the terms of the treaty, Israel withdraws from the Sinai Peninsula, exchanging former ceasefire lines and armistice agreements for mutually recognized international boundaries.

1982: The Palestine Liberation Organization perpetrates repeated terrorist actions against northern Israel from Lebanon. The Israel Defense Forces cross into Lebanon (“Operation Peace for Galilee”). The defeated PLO is forced to relocate to Tunisia.

1987: The PLO launches the first Intifada. Over the next four years, more than 3,600 Molotov cocktail attacks, 100 hand grenade attacks and 600 assaults with guns or explosives were reported by the Israel Defense Forces. The violence was directed at soldiers and civilians alike. Under Arafat’s direction, the violence eventually turned inward against suspected “collaborators.” Nearly 1,000 Palestinians were killed by PLO-inspired violence during this period.

1993: “Oslo” Accords. Declaration of Principles (DOP) between Israel and the PLO signed in Oslo. The PLO renounces the use of terrorism, pledges to invalidate those articles in its Covenant denying Israel’s right to exist and commits itself to a peaceful resolution of the conflict. In return, Israel recognizes the PLO as the representative of the Palestinian people and begins withdrawing military forces from the main Palestinian population centers.

1994: Peace Treaty between Israel and Jordan signed in the presence of U.S. President Bill Clinton.

1995: Beginning of a wave of suicide bomb attacks which claim hundreds of lives throughout Israel.

2000: Israel completes withdrawal of all military forces from the Security Zone in Southern Lebanon.

2000: President Clinton, Israeli Prime Minister Barak and Palestinian Authority Chairman Arafat attend a summit at Camp David in July 2000 to resume peace negotiations. Barak offers to withdraw from most of the West Bank and parts of Jerusalem. Arafat rejects Barak’s offer and makes no counter-proposal.

2000: Under Arafat’s leadership, the Palestinians initiate a new Intifada, a campaign of indiscriminate terror and violence, causing heavy loss of life and suffering to both sides. Numerous efforts to end the violent confrontation and renew the peace process fail due to the ongoing and escalating Palestinian terrorism supported by the Palestinian Authority. 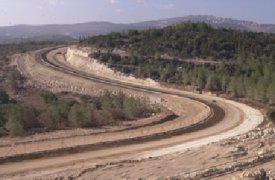 2003: Israel accepts the “Road Map to Peace”, accompanied by comments that Israel considers integral to its implementation and a U.S. commitment to address these comments.

2005: Israel withdraws from all settlements in the Gaza Strip and 4 in the northern West Bank. Israeli military forces are completely removed from Gaza. 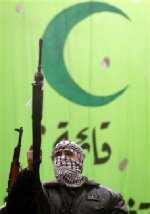 2005-2006: Hundreds of Kassam rockets are fired from land Israel handed over to the Palestinians in Gaza.

2005: Iranian President threatens to “wipe Israel off the map.” Affirms that Iranian nuclear program will continue in the face of international opposition.

The photo that started it all