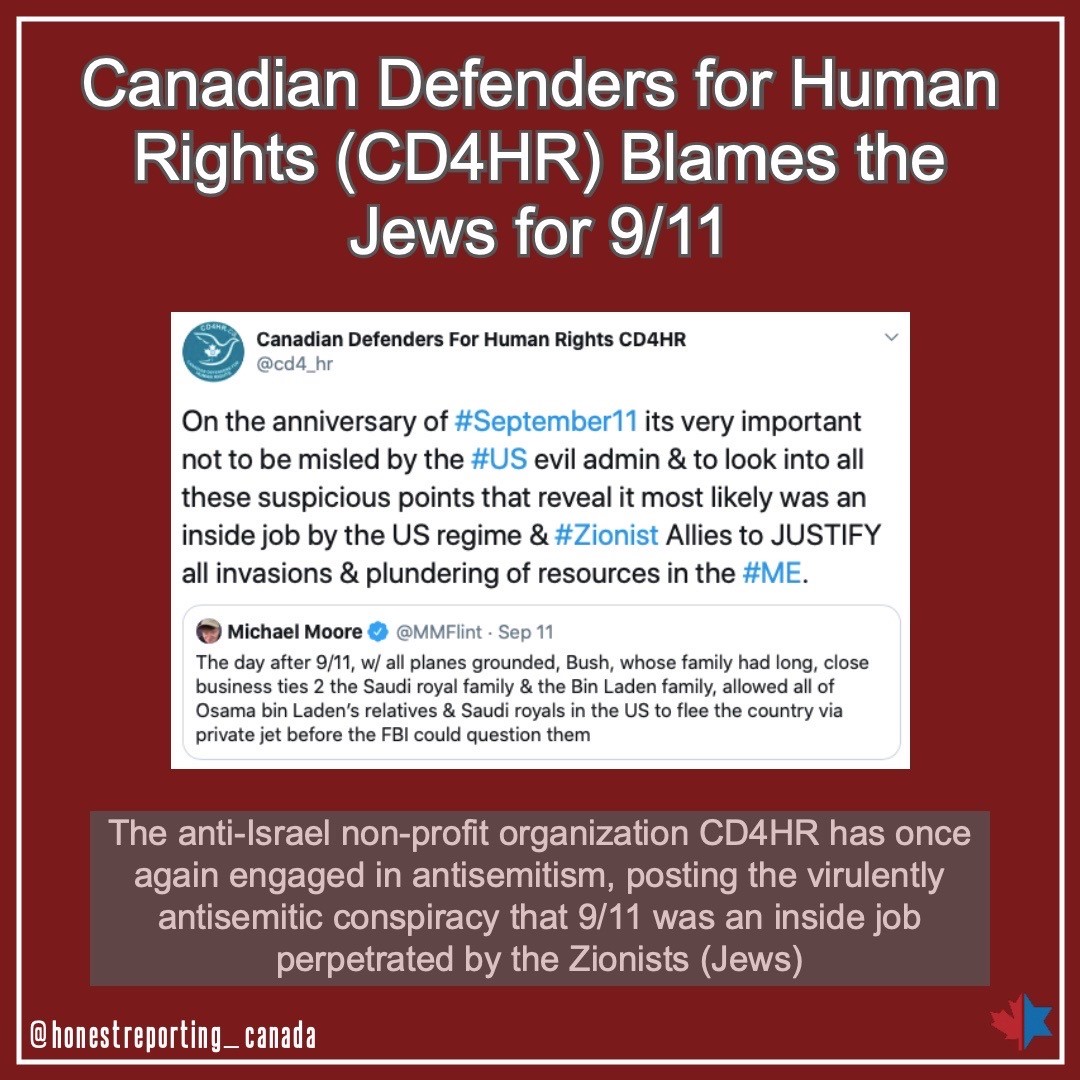 Each year on September 11th, we commemorate the thousands of innocent lives lost to radical Islamic terror, but abhorrently, Canadian hate mongers have usurped this tragic event to propagate antisemitism and to incite hatred against Jews.

The anti-Israel non-profit organization Canadian Defenders for Human Rights (CD4HR), who has previously engaged in antisemitic tropes claiming that former Jewish Member of Parliament, Michael Levitt, has dual loyalties, posted to Twitter on September 12 the virulently antisemitic conspiracy theory that 9/11 was an inside job perpetrated by the Zionists (Jews) and the U.S., an odious claim without any foundation.

On the anniversary of #September11 its very important not to be misled by the #US evil admin & to look into all these suspicious points that reveal it most likely was an inside job by the US regime & #Zionist Allies to JUSTIFY all invasions & plundering of resources in the #ME. https://t.co/USLsXp81Qr

Importantly, the IHRA working definition of antisemitism states the following:

Contemporary examples of antisemitism in public life, the media, schools, the workplace, and in the religious sphere could, taking into account the overall context, include, but are not limited to:… 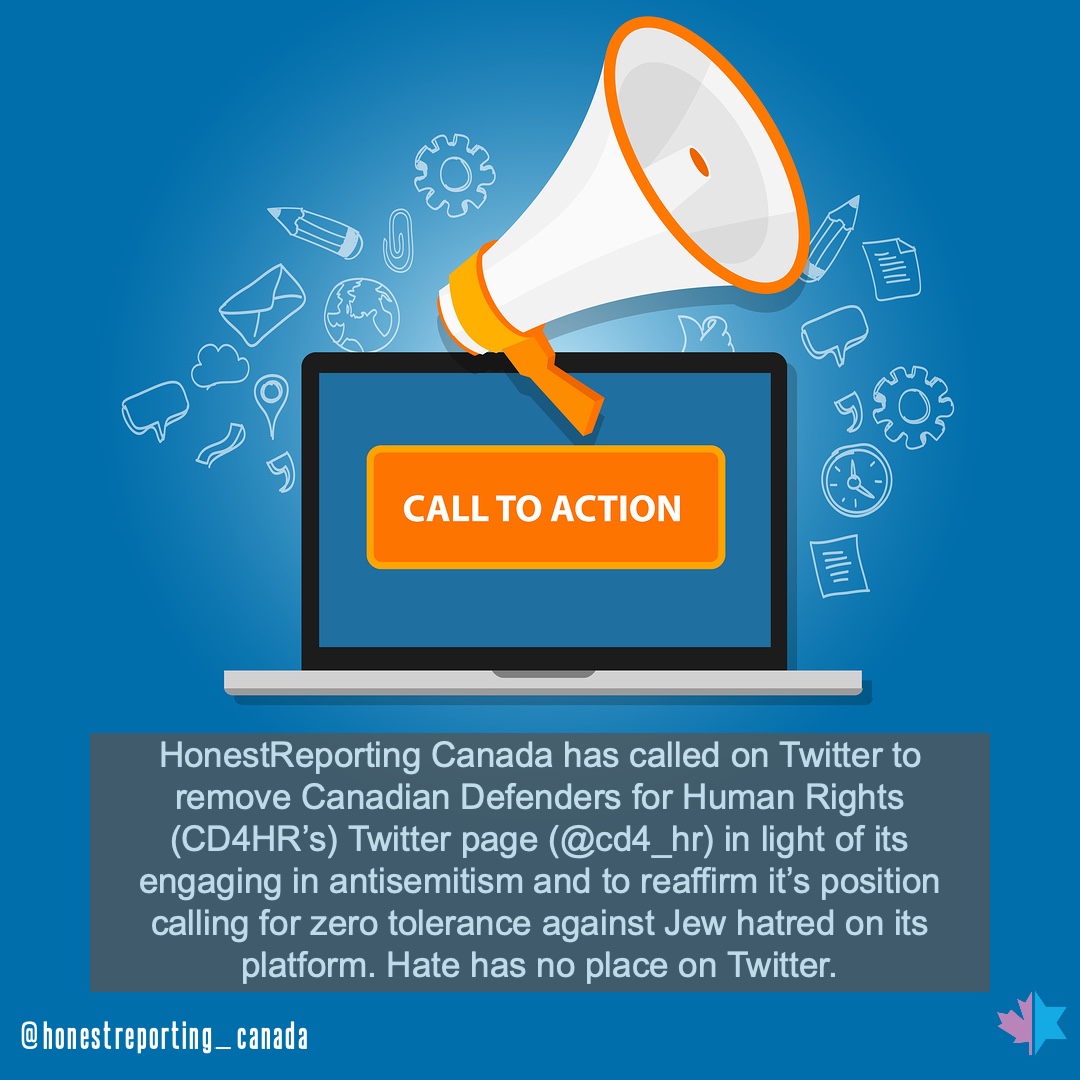 Making mendacious, dehumanizing, demonizing, or stereotypical allegations about Jews as such or the power of Jews as collective — such as, especially but not exclusively, the myth about a world Jewish conspiracy or of Jews controlling the media, economy, government or other societal institutions.

Accusing Jews as a people of being responsible for real or imagined wrongdoing committed by a single Jewish person or group, or even for acts committed by non-Jews.”