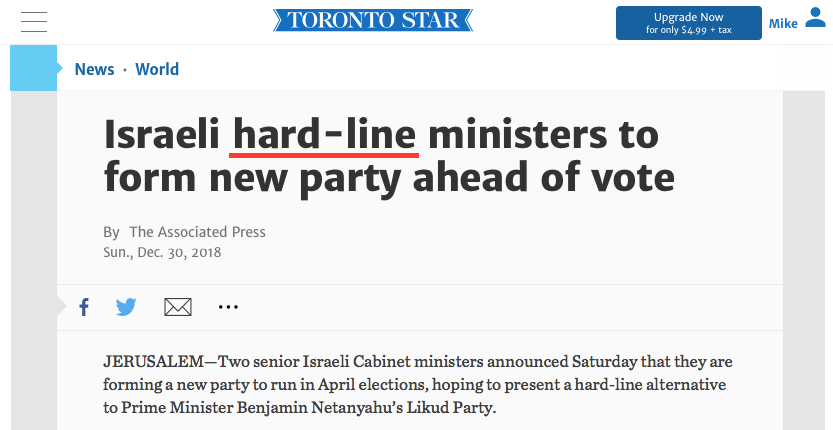 Question: When was the last time The Toronto Star described Palestinian President Mahmoud Abbas as a “hardliner”?

Answer: Never, despite him being a Holocaust denier who incites, glorifies, & rewards terrorists and who refuses to negotiate peace with Israel.

Instead, Abbas is often labelled a “moderate” and yet the term “hardliner” (meaning: uncompromising) was unfairly branded to Israeli MK’s Naftali Bennett and Ayelet Shaked Ben Shaul in a December 30 AP article on the Star’s website.

This is the epitome of media bias against Israel.