In response to HonestReporting Canada’s complaint, the Toronto Star issued the following “clarification” which acknowledged that there’s no proof that former Israeli prime minister David Ben-Gurion ever said that his solution for the situation with the Palestinians was that the “old would die and the young ones (would) forget.” This unverified quote was included in a June 5 op-ed which was full of bold lies and outright deceit authored by Dr. Michael Dan and Dr. Izzeldine Abuelaish.

The Star’s “clarification” notice published on June 14 states the following: “A June 5 opinion article about the protracted Israeli-Palestinian conflict referred to David Ben-Gurion, the first prime minister of Israel, as having once said of the Palestinians, that “the old would die and the young would forget.” While this statement has been widely attributed to Ben-Gurion, it has become a matter of dispute. The Star cannot verify with any primary sources that Ben-Gurion said those words.” 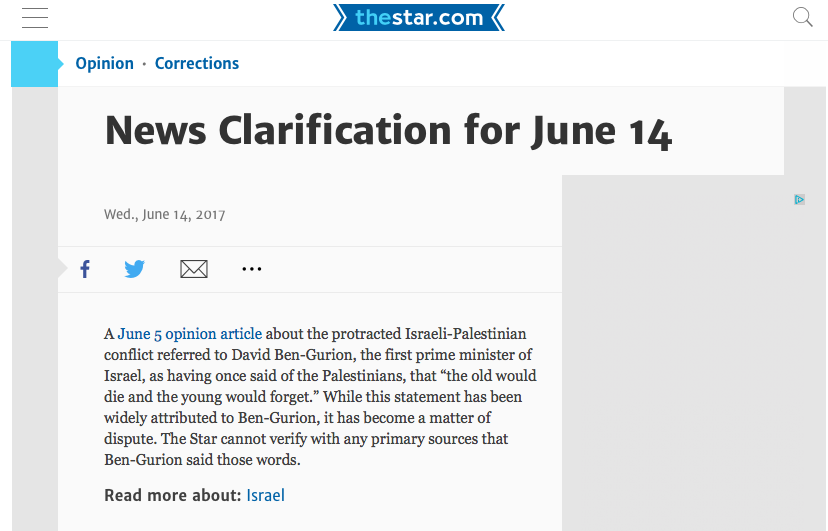 We called on the Star to unpublish this statement as they’ve acknowledged that there’s no proof that Ben-Gurion ever uttered these words. Importantly, a similar incident occurred in 2014 with the Star when it published a quote that was also wrongly attributed to Ben-Gurion. A letter had claimed that Ben-Gurion had stated that “We must use terror, assassinations, land confiscations and the cutting off of services to rid Galilee of its Arab populations.” At the time, Toronto Star Public Editor Kathy English acknowledged that the quote could not be verified and unpublished it from the Star’s website.

Regrettably, with respect to the recent 2017 quote which was wrongly attributed to Ben-Gurion, Kathy English claimed that “… the clarification does its job here and the Star need not unpublish given that this is a disputed statement. We have made the matter of the clarification clear in the copy.”

We fail to see the difference between the 2014 unpublished quote and the 2017 one that the Star believes should continue to appear online. In both instances, the Star acknowledged that the statement is disputed and was widely circulated online and that the Star could not verify the quote. Something being widely distributed online has little validity with consideration for the proliferation of “fake news” all over the internet. If the Star unpublished it in 2014, it should do the same in 2017.

The Star should not give a platform to a quote which it itself has acknowledged that it cannot confirm the veracity of.

On June 5, the Toronto Star published an oped by philanthropist Dr. Michael Dan and Palestinian-Canadian Dr. Izzeldin Abuelaish which was full of bold lies and outright deceit. 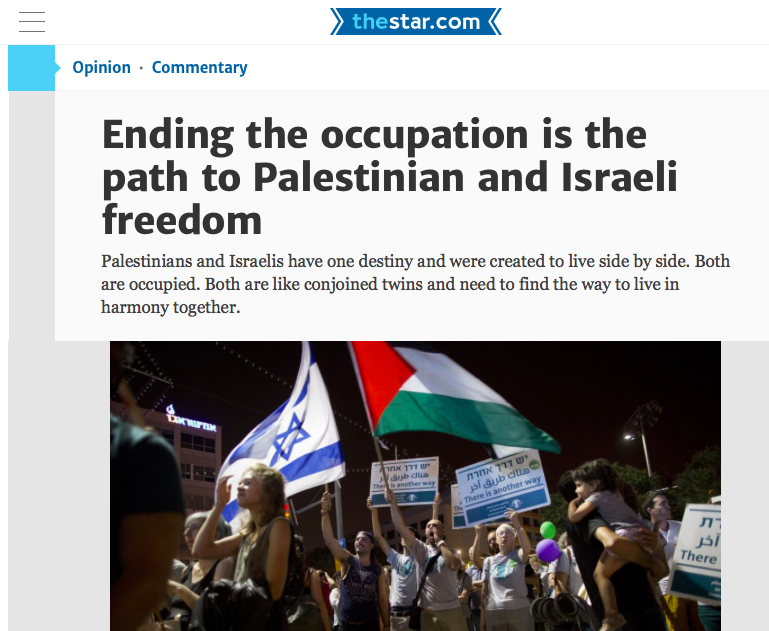 Only problem is that there appears to be no evidence to support the claim that Ben-Gurion ever made this statement. Even the anti-Israel website Electronic Intifada says this statement “… is almost certainly not his (Ben-Gurion’s) wording.”

The authors then spuriously claimed that: “… the myth that Israel is surrounded by enemies, and Palestinians and Arabs want to throw Israel into the sea.” In truth, the Hamas terror organization rules supreme in Gaza firing rockets and building terror-attack tunnels, in Lebanon, Hezbollah and its tens of thousands of rockets are aimed at Israeli cities, in the west bank, the Al Aqsa Martyrs Brigades and Islamic Jihad terror groups run the show, in Egypt there’s the Muslim Brotherhood, ISIS in Iraq and the Levant, etc. And let’s not forget that Iran’s pursuit of nuclear weapons represents an existentialist threat to Israel, and it’s support of the Assad regime in Syria is a clear and present danger to Israel.

Do all Palestinians want to throw Israel into the sea? No, certainly not, but it’s a bold distortion of the truth to deny that recent polls have shown that 60% of Palestinians support armed violence against Israelis.

The authors write that “Ending the occupation is the path to Palestinian and Israeli freedom” and then deride Israel’s security measures as causing “humiliation” and “suffering” for Palestinians, but nowhere do these authors propose how Israel can remove its security measures (anti-terror fence, checkpoints, etc.) while maintaining iron-clad security guarantees to safeguard its populace. 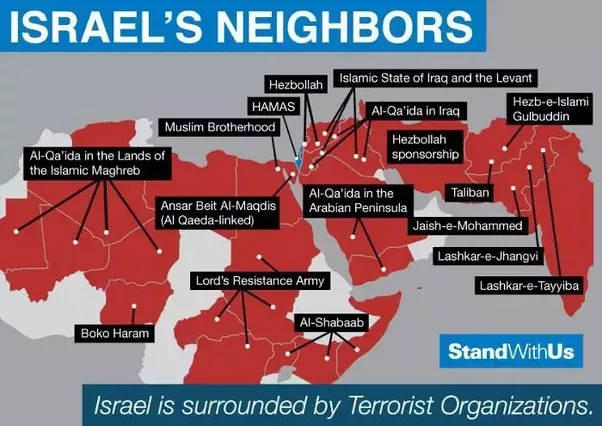 The authors claim that “Palestinians harbour no desire for revenge and do not hate anyone.” Had the authors gone to the Palestinian Media Watch website, they would have seen a litany of examples of the hate indoctrination that Palestinians receive in schools, over social media, in mosques, on Palestinian Authority TV, etc.

The authors claimed “The Jewish people suffered and were victims of terrible acts that Palestinians played no part in. Palestinians welcomed the Jews, who lived among them as Palestinian citizens.” Let’s not forget the infamous meeting in 1941 between Hitler and the Grand Mufti of Jerusalem, Haj Amin al-Husseini, who declared that the Arabs were Germany’s natural friends because they had the same enemies — namely the English, the Jews and the Communists. And let’s not forget that Arab terror against Jews occurred well before Israel came into existence. Just consider the Hebron Massacre of 1929 that saw 67 Jews killed by Arabs.

Absurdly, the authors contend that “If we end the tragedy of the Palestinian people, then peace will prevail in this world.” What does the Israeli-Palestinian impasse have to do with the civil war in Syria, Boko Haram’s insurgency in Africa, Russia’s occupation of Crimea, North Korea’s nuclear aggression, the conflict in the Congo, etc. A solution to the “Israeli-Palestinian conflict” will not bring about world peace.

Izzeldine Abuelaish has gone on record in abhorrently claiming that Israel was committing a “genocide” of Palestinians. While these writers are entitled to their opinions, we seriously question the editorial judgement on behalf of the Star for publishing a column that was so misleading and replete with so many mistruths.

Send your considered comments to the Star’s Public Editor, Kathy English at: kenglish@thestar.ca. Please refer to Michael Dan and Izzeldine Abuelaish’s June 5 op-ed entitled: “Ending the occupation is the path to Palestinian and Israeli freedom”.