Following HRC’s conveying our concerns to Toronto Star editors about this report, the myopic headline has since been amended to remove the word “alleged” when describing the Palestinian terror shooting attack. 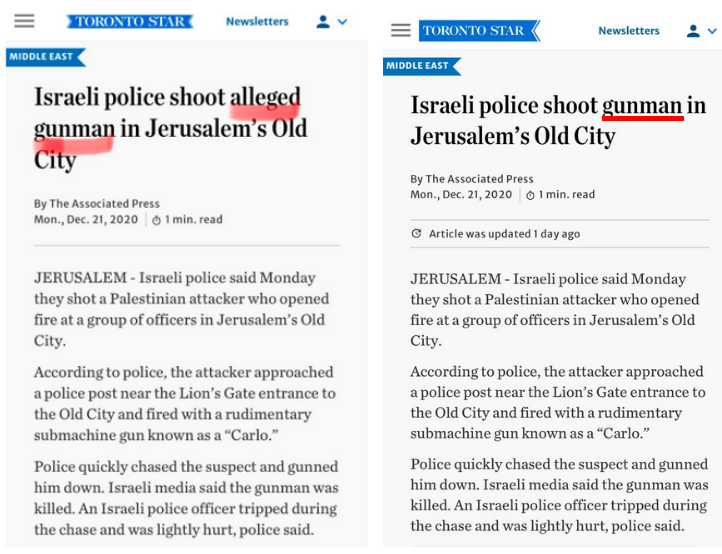 Israeli police say a Palestinian terrorist fired at officers in Jerusalem’s Old City on December 21 and yet, the Toronto Star’s headline to this Associated Press wire report uses the word “alleged” to preface the word “gunman” as if the veracity of the matter has not been substantiated.

Importantly, there’s nothing “alleged” about this terror attack and its veracity is not up for debate. Even video evidence confirms the terrorist’s shooting attack.

The Toronto Star should fix this headline. We’ve called on Canada’s largest daily newspaper to take corrective action. Stay tuned to this page for future updates. 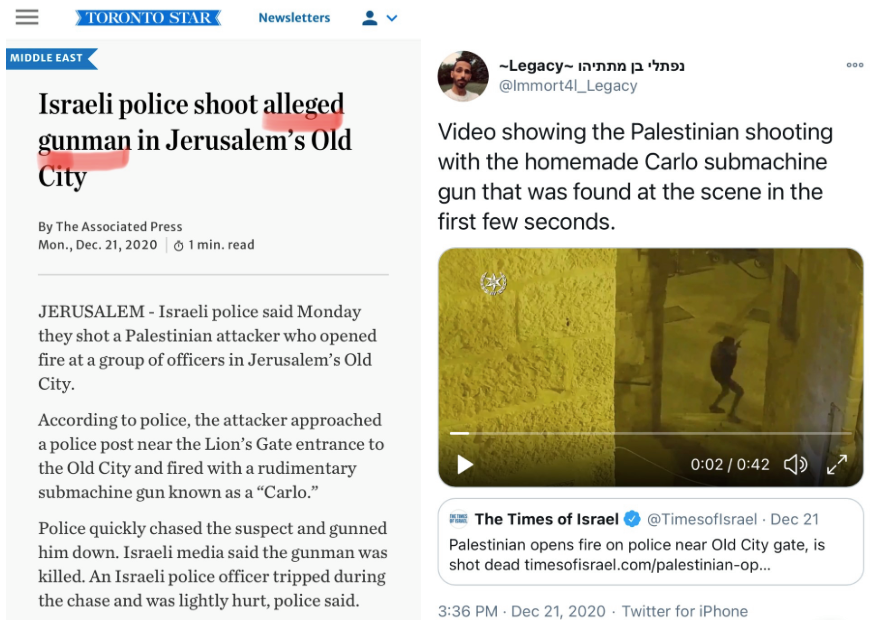