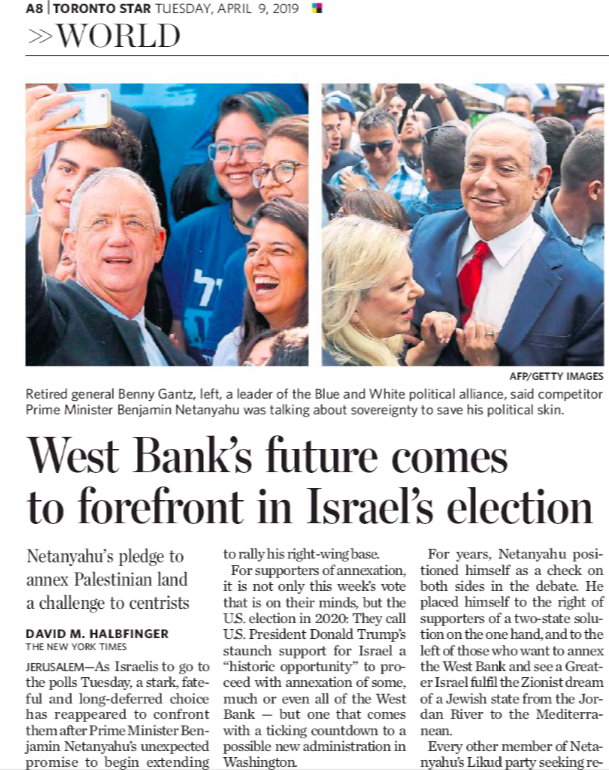 For the Star and the Times to claim that the land of the “West Bank” is inherently Palestinian is inaccurate and unfair to competing Israeli claims. Importantly, the status of the “West Bank” (what Israel regards as Judea and Sameria) is fundamentally in dispute. Furthermore, the Palestinians have never been sovereign rulers over any lands. The West Bank was previously ruled by Jordan in an illegal occupation from 1948-67 (following the War of Independence) and Israel won these lands in a war of self defence initiated by pan-Arab armies from Syria, Jordan and Egypt in the Six Day War.

Israel cites its security needs for remaining in these areas pending a final peace accord with the Palestinians and Israel has biblical, historical, legal and political claims to the land.

In light of this information, HonestReporting Canada requested that a correction notice be issued by the Star.

We await the Star’s reply to our complaint. Stay tuned to this page for future updates.