Contrary to an Associated Press photo caption featured in a Toronto Star article on May 11, Mideast historians and experts agree that the true number of Palestinian Arabs who were displaced during the 1948 Israeli War of Independence was around 650,000, not “five million people” as the Star’s article had claimed.

Palestinians claim that 650,000 were refugees while the remainder are merely claimed as descendants of these refugees. As is commonly known, five Arab nations invaded former Palestine Mandate territory immediately following the announcement of the independence of the State of Israel on May 14, 1948. These Palestinian Arabs voluntarily fled or left at the behest of Arab leaders who had promised them a quick return once the Arab armies had declared victory over the nascent Jewish state.

In fact, the Star’s own article noted the following which had contradicted the photo caption: “On Wednesday, Ai said he is including the Palestinian refugees in the film because they constitute “the longest history” of displacement and their numbers complicate any settlement of their cause. The number of Palestinians who were displaced during the 1948 war surrounding Israel’s establishment, along with their descendants, is estimated at over five million people, according to the United Nations.”

HonestReporting Canada (HRC) liaised with the Toronto Star’s Bureau of Accuracy requesting that corrective action be undertaken, following our efforts we are pleased to note that the erroneous caption was amended and the following correction notice was issued: 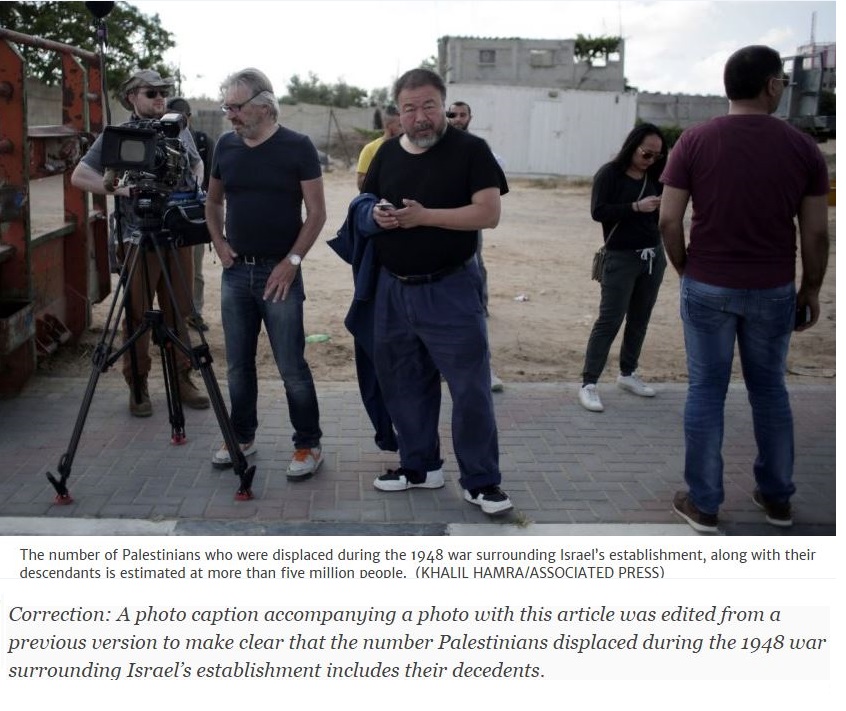 On behalf of our subscribers, HRC thanks the Toronto Star for its commitment to producing accountable and accurate reporting of Israel and the Middle East.