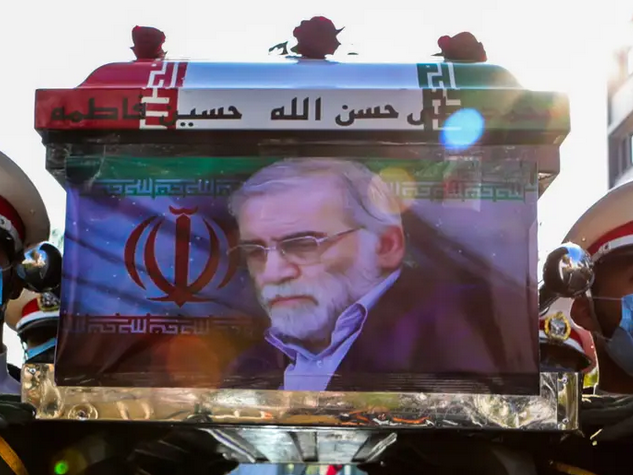 Importantly, there’s no foundation to Tony Burman’s allegation which was both baseless and irresponsible. Fakhrizadeh was not merely a scientist, he was a Brigadier General in the Iranian Revolutionary Guards Corps (IRGC) which is a proscribed terror group in the U.S., and whose Qods Force is designated as a terror group here in Canada. (Canadian Jewish and Iranian groups have long called on Canada to follow through on its commitment to ban the IRGC in its entirety).

Fakhrizadeh headed the “weaponization” group of Iran’s nuclear program. Clearly, he was not a civilian scientist working on altruistic efforts to benefit the Iranian people; he was a bonafide military target and a critical cog in the Iranian effort to develop nuclear weapons.

The Iranian regime oppresses its own people, exports radical Islamist ideologies around the world, funds terrorist groups throughout the Middle East, and continues to strive towards nuclear-armed capabilities in its quest to wipe Israel off the map. Iran needs to be treated as a pariah state by Canada and the world, and that means no diplomatic relations, no legitimacy conferred, and no moral equivocation between putting nuclear weapons in the hands of a fanatical state, and those preventative efforts aimed at stopping the procurement of weapons of mass destruction for genocidal purposes.

While the loss of any human life is a tragedy, in this case, the loss of this one person could potentially save the lives of countless more, and is especially noteworthy when one considers the context of his killing.

Tellingly, the only known victim of this attack was Fakhrizadeh. His wife, who was in the car with him at the time, was unharmed in the attack, and the killing took place in an isolated area, away from crowds of civilians, fully inline with the Geneva Convention which prohibits targeting of non-combatants. It is clear that whoever targeted Fakhrizadeh did so in a manner consistent with international legal obligations in wartime, and sought to minimize any harm or damage to anyone outside their primary military target. Importantly, though Iran and Israel are officially at war, there’s no evidence to confirm that Israel carried out the targeted killing. At present, Israeli officials follow a policy of deliberate ambiguity on matters such as these, as they do not claim, nor deny any role in the attack.

Contrast this approach with attacks from Hezbollah, the Iranian-trained and armed terrorist group based in Lebanon. When Hezbollah and other Iranian-supported groups fire missiles into Israel, they purposefully do so indiscriminately, with no concern about distinguishing between civilian and military targets. Rather, schools, hospitals and train stations have been targeted by Iranian-backed rockets with the terror group boasting of its responsibility.

There is no moral equivalence between an arsonist and a firefighter, despite Tony Burman’s flawed and dangerous reasoning. Send your considered comments to the Toronto Star to rebut Tony Burman’s unfounded claim that Israel allegedly committed “state-sponsored terrorism” in the assassination of Iranian brigadier general/nuclear scientist, Mohsen Fakhrizadeh. Simply put, killing a terrorist is not terrorism. Send letters to: lettertoed@thestar.ca.