A July 1 Associated Press article published by the Toronto Star buries mention that a Palestinian ???????? man who was killed by Israeli ???????? forces launched fireworks ???? at them, thereby endangering lives, Israel claims. 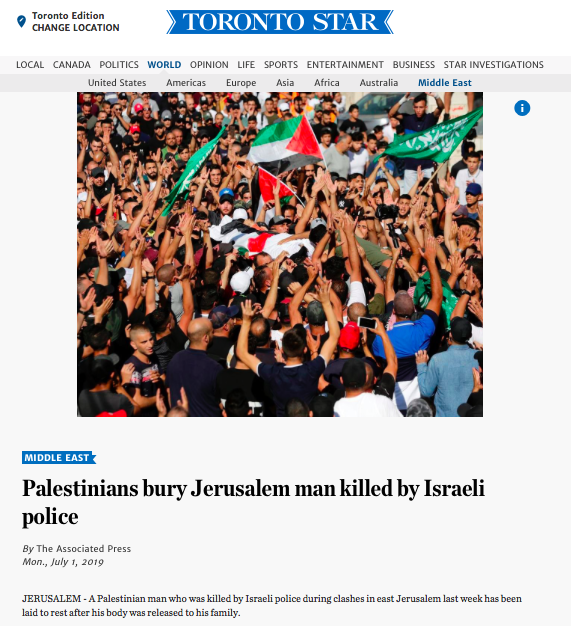 The Star’s headline only says that a “Jerusalem man (was) killed by Israeli police”.

Send a letter ???? to the Star to communicate your concerns about the Star’s headline bias and buried context. Send letters to: lettertoed@thestar.com.