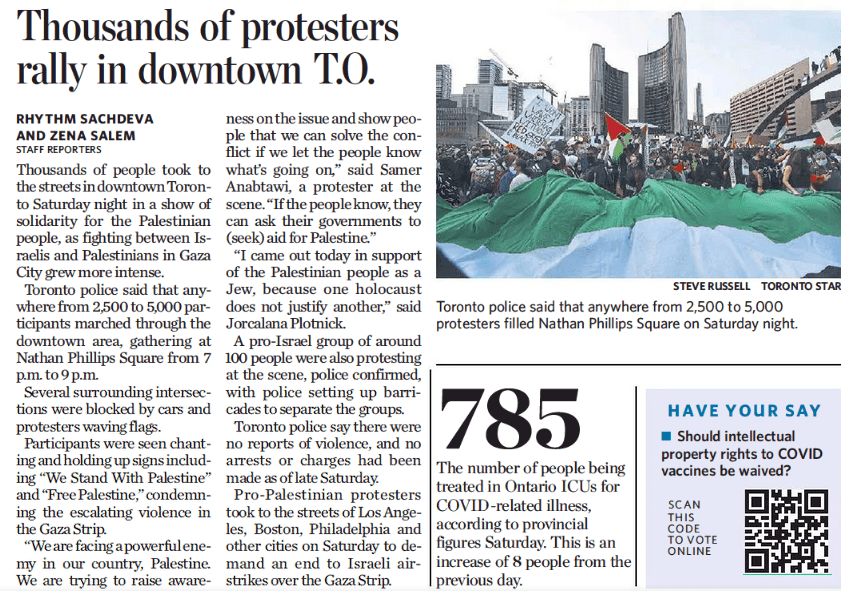 Subsequent to our complaint, the Toronto Star issued a story update to acknowledge that there was violence targeting Jews at anti-Israel protests in Toronto and a correction was published to set the record straight that Hamas hasn’t fired one rocket at Israel, its fired scores, though this article doesn’t disclose that close to 4,000 rockets were fired in the 11-day conflict.

Here’s the correction: “Correction: This article was updated from a previous version that said Hamas fired a single rocket into Israel on Monday.”

Here’s the story update memo: “Update: This article was updated from a previous version after charges against protesters were reported by Toronto police on Sunday.”

No response has been received as of this update about how the Star is handling how several of its journalists signed an anti-Israel open letter.

We are disturbed to see a Toronto Star article published on May 15 about pro-Palestinian protests at Nathan Phillips Square in Toronto over the weekend that was replete with an antisemitic comment, anti-Israel bias and which was error-plagued.

Zena Salem, a staff reporter at the Star is listed as a co-author of this report. It’s noteworthy that Salem is a signatory to an anti-Israel open letter which lobbies Canadian journalists and news organizations to regard Israel as having carried out “ethnic cleansing” and “indiscriminate airstrikes” on Palestinians.

Salem’s report notably carried a quote from an individual named Michael Schirtzer saying: “It is the biggest human rights issue of our generation. This reminds me of the Warsaw Ghetto, so I feel compelled to do something about it,” said  “We do not want colonization done in our name.” Importantly, drawing contemporary comparisons of the Israeli-Palestinian conflict to the Holocaust (I.E. the Warsaw Ghetto) is bona fide antisemism. This statement should never have appeared in the Toronto Star. 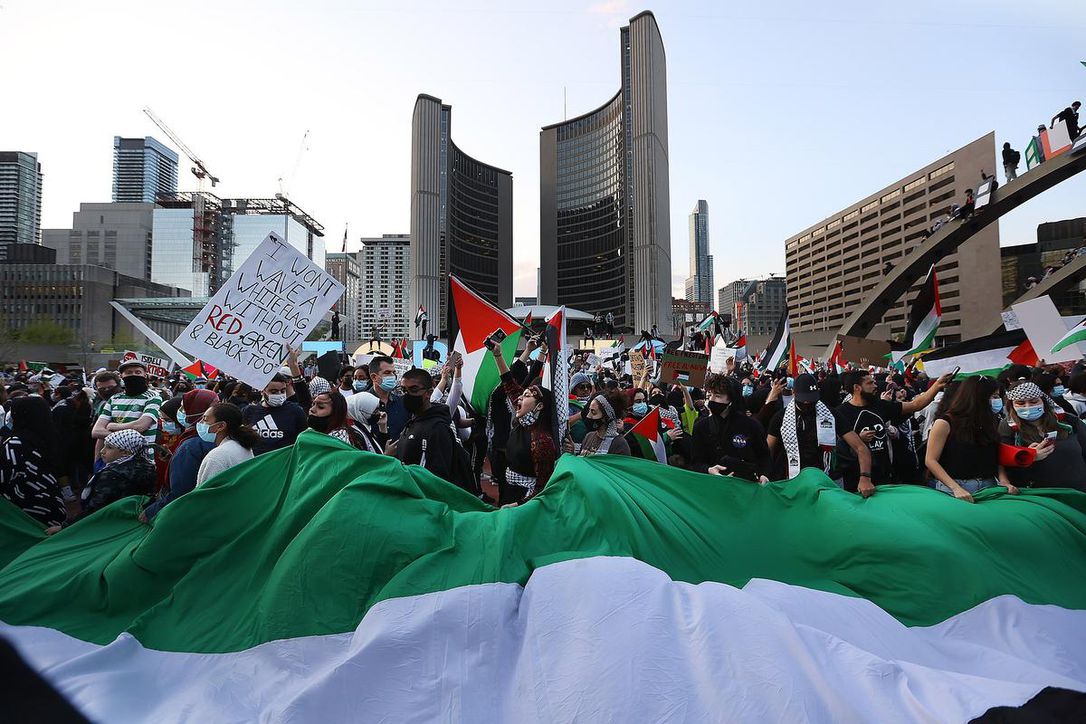 Reporter Salem led her article by saying: “Thousands of people took to the streets in downtown Toronto Saturday night in a show of solidarity for the Palestinian people, as fighting between Israelis and Palestinians in Gaza City grew more intense.”

In truth, Israel is fighting Palestinian terrorists – not Palestinians.

The article also falsely claimed that: “Toronto police say there are no reports of violence at this time, and no arrests or charges have been made.” This is an outright falsehood: Jews and supporters of Israel were violently assaulted during the riot with video evidence to back it up. Three arrests were reportedly made.

LIVE in Toronto: Pro-Palestine protestors cheer and fights break out as the pro-Israel counter-protestors are escorted out of Nathan Phillips Square. pic.twitter.com/lnFB7C7sIA

Salem also said: “The protests were stoked by five days of military action that left at least 145 Palestinians dead in Gaza and eight dead in Israel. The violence, set off by Hamas firing a rocket into Israel on Monday, came after weeks of mounting tensions.” You read that right: “a rocket”! In actuality, Hamas and other Palestinian terrorists have fired 3,000+ rockets at Israel. This is a horrible sanitizing of terrorism.

As well, the headline of the Star’s online article only claimed that people gathered to “condemn Gaza Strip violence,” but we know that pro-Israel attendees were there to condemn Palestinian terrorism. 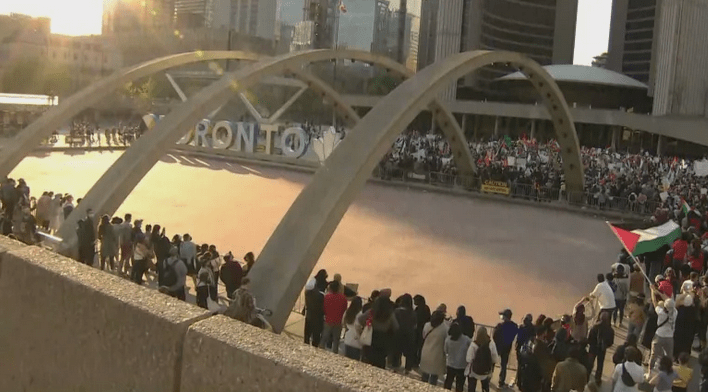 In this one article alone, antisemitism was given a platform, Palestinian terrorism was whitewashed, and violence directed at pro-Israel supporters was ignored. That this article was co-written by a Toronto Star journalist who has a clear anti-Israel bias is alarming.

HonestReporting Canada has filed a complaint with the Toronto Star and we encourage you to communicate your concerns to the Star’s Public Editor, Bruce Campion-Smith at: bcsmith@thestar.ca.