On November 18, HonestReporting Canada conveyed our concerns to the Toronto Star about a headline given to an Associated Press report featured on the Star’s website the day prior which read: “Israeli police: Palestinian teen fatally shot after stabbing.”

In sharp contrast, City News editors appropriated the following headline: “Palestinian attacker shot dead after stabbing Israeli police” which clearly identified the dead Palestinian as having been an assailant who stabbed an Israeli police officer and who was killed immediately after by responding police.

To its credit, the Star agreed to amend its headline to properly cover this incident. We thank the Star for taking this remedial action. 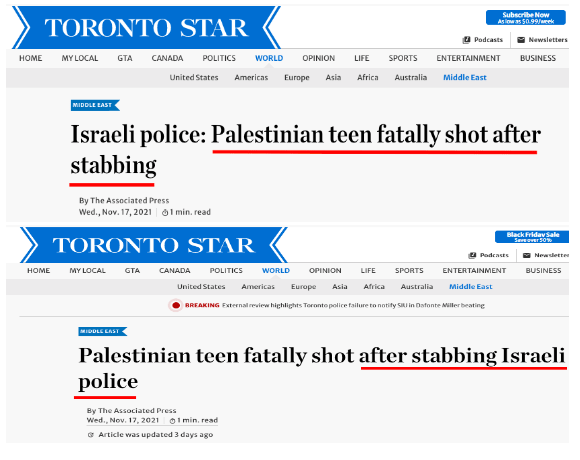