Fakhrizadeh Killing Proves IDF Most Moral Army, HRC...
WATCH: Iran and the Taliban: Two Birds of...
What the media missed in its coverage of...
Combating Antisemitism In The Media: HRC Interviewed By...
Sheridan College Professor Engages in Hate By Dehumanizing...
Unmasking Iran’s Global Ambitions with Guest Meir Javedanfar...
Shemittah: One Of Many Arrows In The Quiver...
The Inside Story On Israel’s Losing Battle With...
The Media’s Double Standards in Covering Palestinian Casualties...
Canadian Journalists Who Criticized Israel Fail To Speak...
Home Daily Brief Toronto Star Amends Headline to Acknowledge that Two Palestinians Were Killed After Stabbing Israelis

In the interests of fairness and accuracy, HRC asked the Toronto Star to amend the following headline featured on its website on October 10: 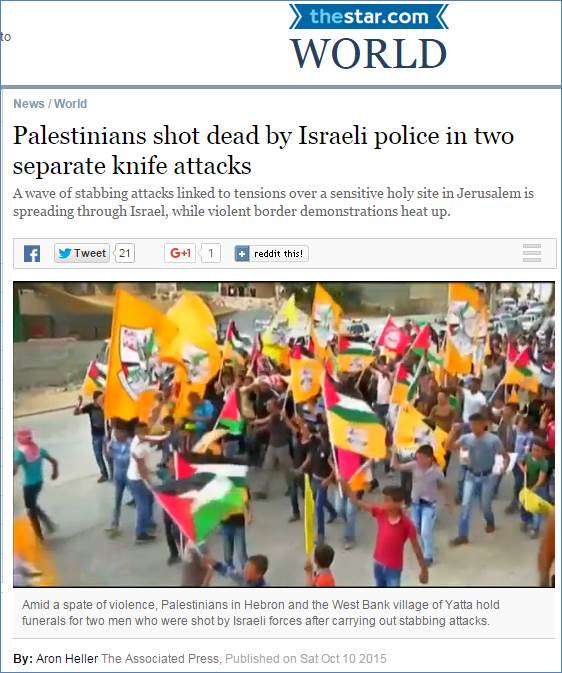 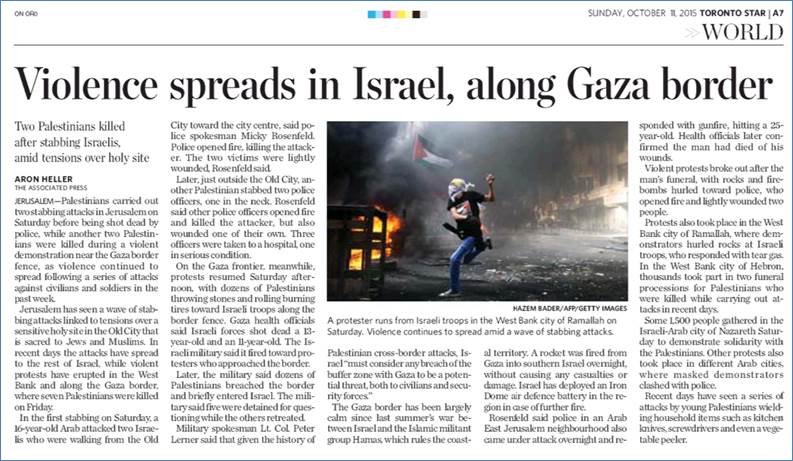 We are pleased to note that the Toronto Star agreed to amend this misleading headline which we felt didn’t fully explain that the two dead Palestinians were actually the ones who committed the stabbing attacks against Israelis.

The headline now states the following:

As well, an editors note acknowledges the Star’s amendment: “Note – October 13, 2015: The headline on this article was edited from a previous version.”