On December 13, the Toronto Star published a news article to its widely read website with a headline that read: “Israeli police officer investigated for shooting Palestinian teen”. What this headline failed to mention was that this Palestinian teenage girl had just carried out a terror attack (she stabbed an elderly man with scissors) and was then fatally shot by an Israeli police officer. 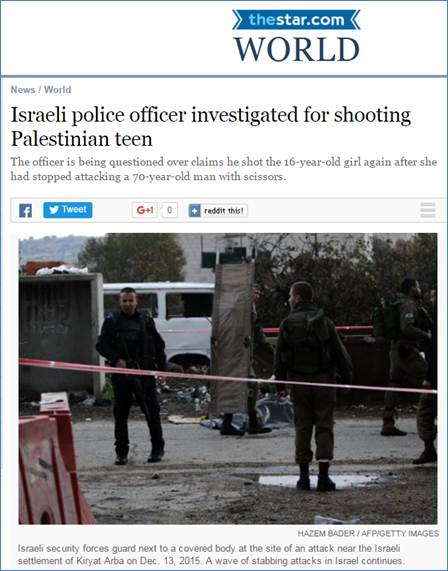 Without this vital information and context, readers who only read the headline of this article likely came to the false conclusion that the Israeli officer had shot an innocent Palestinian teenager.

In sharp contrast, CTVNews.ca and CBCNews.ca both identified the Palestinian teen in their news headlines either as an “attacker” or mentioned that a “stabbing attack” took place. 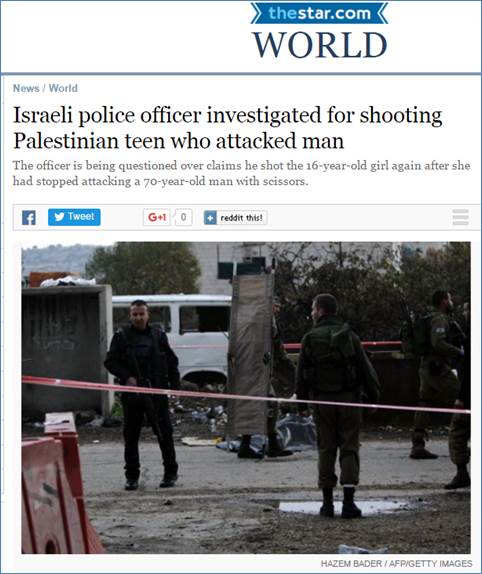 This is what HRC is all about. Promoting fairness, ensuring accuracy, and affecting change in Canadian news reporting of Israel.