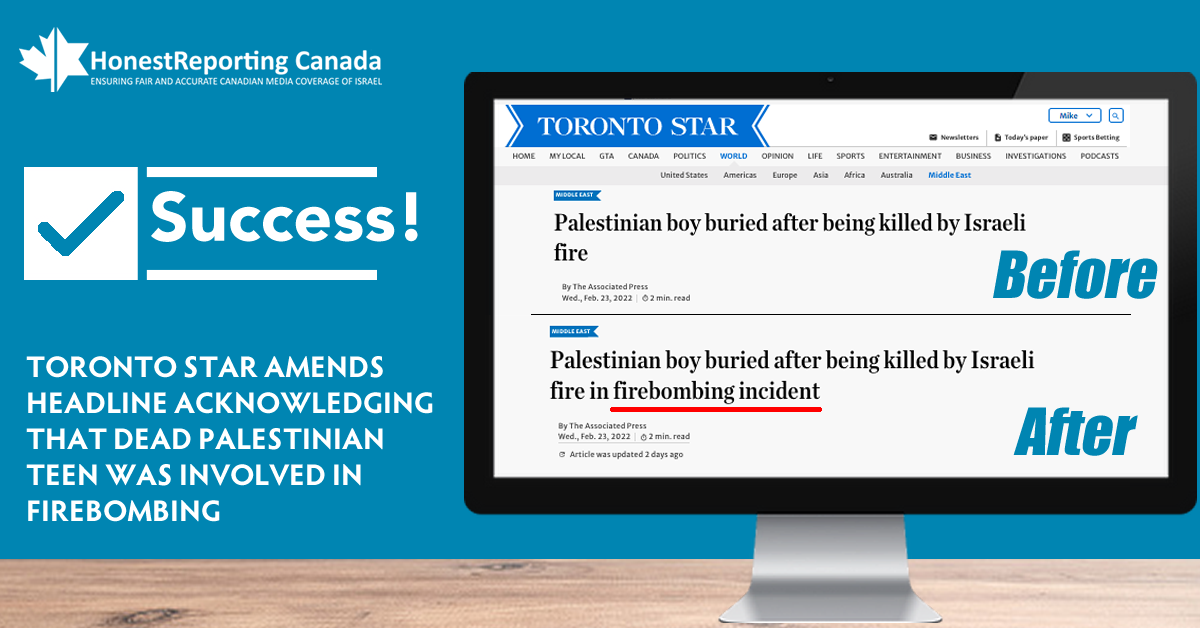 On February 23, the Toronto Star published an Associated Press article to its website with the following headline: “Palestinian boy buried after being killed by Israeli fire”. 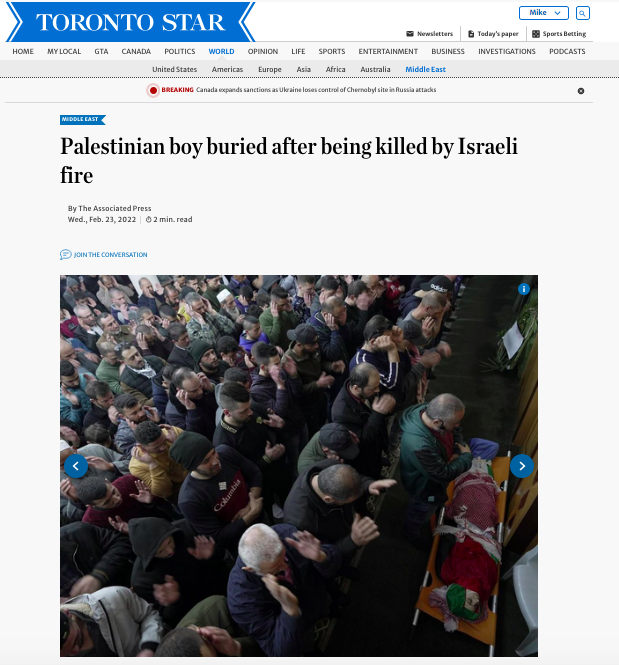 It was only until the third paragraph that readers found out that Israel said that its forces shot the boy after he allegedly lobbed a firebomb/Molotov cocktail at its soldiers who acted in self-defense. For more information, please see the Times of Israel and the Jerusalem Post.

As we told the Toronto Star, readers look at headlines oftentimes 3-1 over the article itself, therefore, it’s imperative that critical context is featured in the headline, failing which, readers may conclude that the IDF shot and killed a presumably innocent Palestinian boy vs. a combatant who allegedly lobbed a deadly weapon.

We are pleased to note that the Star upheld our concerns and amended its reporting so that the article now features a headline that acknowledges that the boy was killed in a firebombing incident.

The new headline reads: “Palestinian boy buried after being killed by Israeli fire in firebombing incident.” 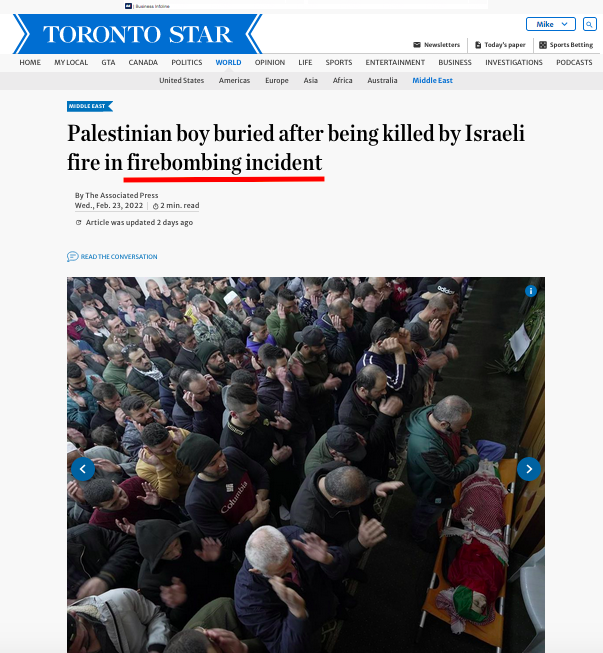 HonestReporting Canada thanks the Toronto Star for implementing corrective action and for its cooperation.