Israel Is An Imperfect Country, But A Vibrant...
Why Are Anti-Israel Activists So Afraid of The...
McGill Tribune Publishes Op-Ed Calling for a Boycott...
Ontario Arabic Paper’s Editor Downplays Holocaust; Meshwar Describes...
How the War in Ukraine is Having a...
Toronto Star Columnist Shree Paradkar Wrongly Claims IHRA...
After Vancouver Adopts IHRA, CBC Radio Interviews Fringe...
Qatar Prepares For The 2022 World Cup: Will...
Lawfare: Who is Using the Law More Effectively?...
Official Publication of the College of Physicians and...
Home Daily Brief Toronto Hip-Hop & Entertainment Group Disseminates Misinformation About Israel on Instagram 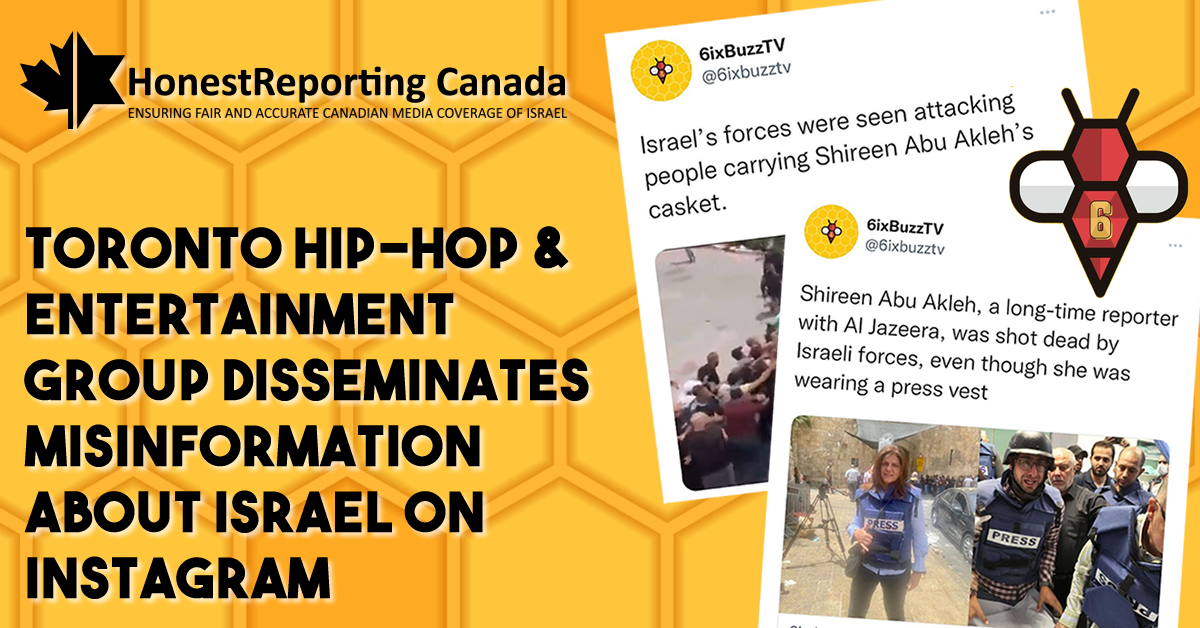 6ixBuzz, a self-described “Hip-Hop & Canadian Entertainment” group, with an Instagram following of over 2.1 million people, has decided to insert itself as a reliable source of information on news in the Middle East, specifically with Israel, the Palestinians, and related to the killing of Al-Jazeera journalist, Shireen Abu Akleh.

On May 13, without any context, 6ixBuzz posted the following to its website and two posts to their Instagram account, claiming not only that Israeli forces shot and killed Shireen Abu Akelh, but that they also attacked people carrying her casket. 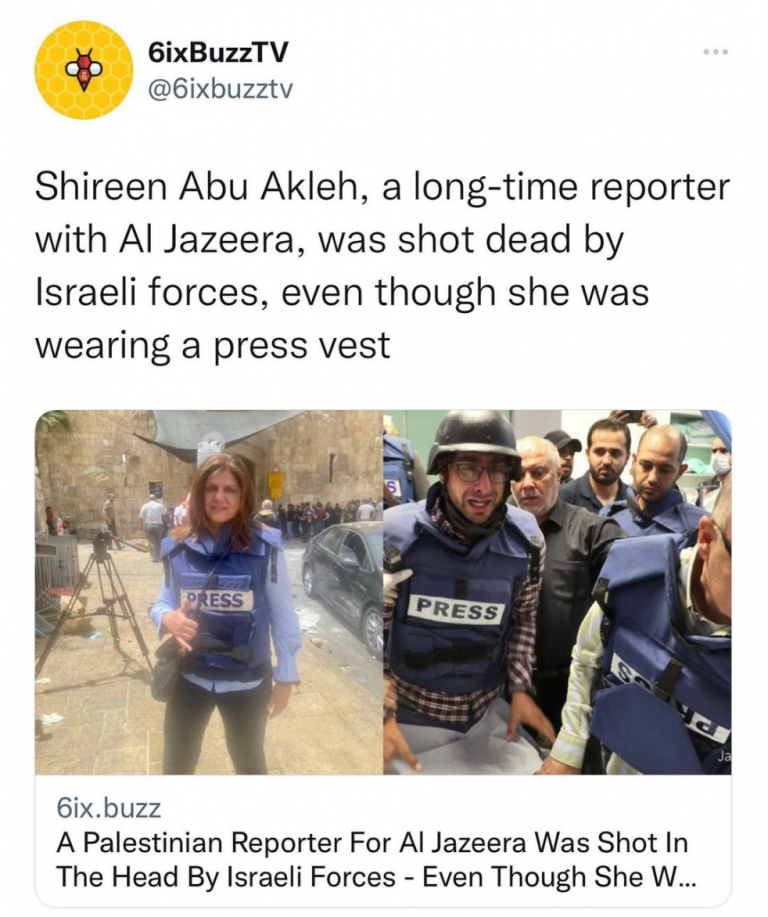 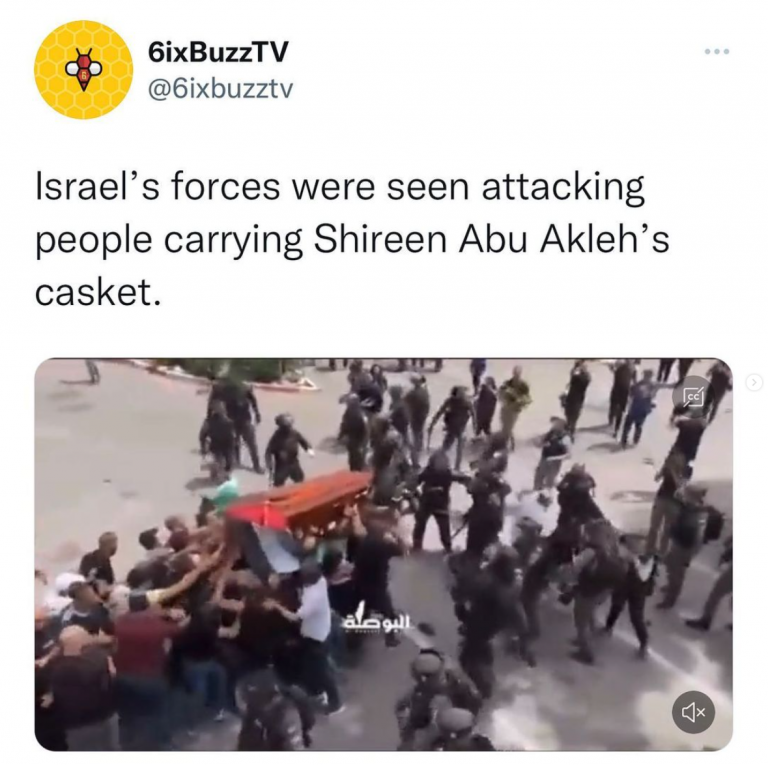 First, 6ixBuzz unabashedly reported that Israeli forces shot and killed Al-Jazeera journalist, Shireen Abu Abkleh. What they fail to mention, however, is that both Palestinian and Israeli forensic teams have publicly stated that they are unable to determine who killed Shireen Abu Abkleh based on the initial findings from the scene. The IDF has also released that their findings are inconclusive as to where the bullet came from. Israel has called for a joint investigation with the Palestinian Authority, as well as asking for access to the bullet that killed Shireen Abu Akleh, but both requests have been denied by the Palestinian Authority.

Secondly, 6ixBuzz falsely reported that Israeli forces attacked people carrying Shireen Abu Akleh’s casket, without reason. The truth is, that Palestinian rioters began throwing rocks at police in the hospital compound, the mob also stole the casket, marched it through Jerusalem’s streets, and chanted inciting statements. Police were forced to take action to ensure the safety of everyone participating in the funeral procession and to respect the wishes of the Abu Akleh family. Police arrested the rioters and then the funeral was able to continue in a safe manner.

By 6ixBuzz’s posting these headlines and images to their over 2 million followers, not only does 6ixBuzz obfuscate the truth and spread falsehoods about what took place, these posts have the potential to weaponize digital incitement against Jews in Canada.

6ixBuzz, a group that specializes in Hip-Hop music, not Middle Eastern politics, has no business disseminating misinformation about Israel; all this does is fan the flames of incitement against the Jewish community.

Please share, and tag 6ixBuzz on your social media channels with this story, expressing your dismay and calling on them to remove both of these posts!