On what basis can Tony Burman assert in his February 24 Toronto Star column that Israel is in a “nuclear arms race” with Saudi Arabia and Iran? Though Israel has a policy of nuclear ambiguity in that it doesn’t confirm or deny its suspected atomic arsenal, it’s widely understood that for over 50-years Israel has had nuclear weapons.

That said, irrespective of whether or not Israel possesses nuclear weapons, it’s simply absurd to equate democratic Israel with human rights offending countries and the terror-supporting, Holocaust-denying, theocratic Iranian regime. Israel has never tested, used or threatened the use of nuclear weapons, has called for the creation of a nuclear-free zone in the Middle East and has stated many times that it will not be the first state to introduce nuclear weapons into the region. Israel never signed the non-proliferation treaty, whereas Saudi Arabia and Iran are bound to its conventions as signatories. Importantly, Iran’s leadership continues to incite genocide in its calls for Israel’s annihilation viewing the Jewish state as a “one-bomb” country. 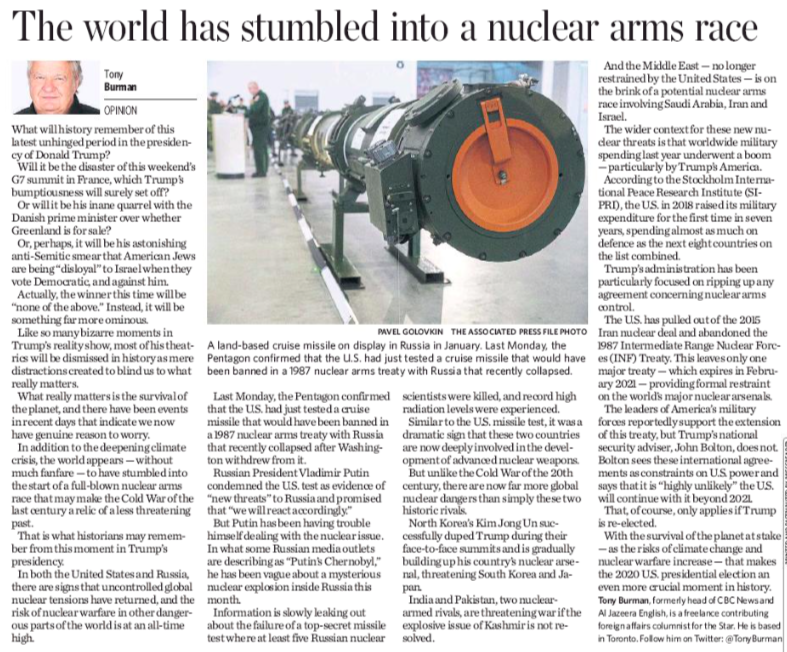