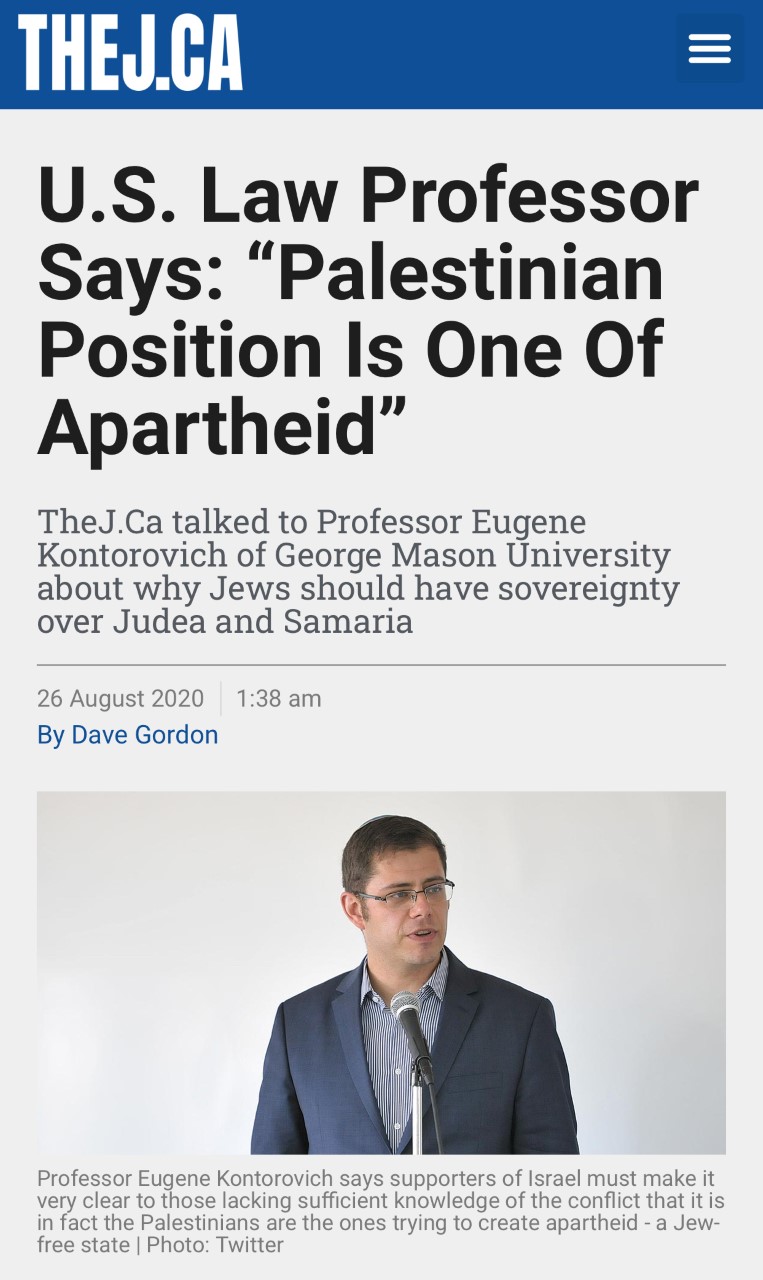 Thanks Dave Gordon and TheJ.Ca for profiling Professor Eugene Kontorovich ahead of HonestReporting Canada’s Insider Briefing this Sunday at 12:30pm ET, also featuring Arsen Ostrovsky, on Israel’s legal rights to Judea and Samaria – what the media have ignored following Israel’s peace deal with the UAE.

Here’s a brief abstract of the interview:

TheJ.ca: What’s an important point to impart to the “on-the-fencers” or agnostics, who have little to no opinion on why Jews should have sovereignty over Judea and Samaria?

Professor Kontorovich: That the Palestinian claim is extraordinarily illiberal: they are saying that the area of the Jewish homeland, from which Jordan ethnically cleansed the entire Jewish population in 1949, must remain indefinitely or permanently Judenrein (“free of Jews”), and that Israel itself must enforce a “Jew-free zone,” to humour the Palestinian demand for a state pre-cleansed of Jews. The Palestinian position is one of apartheid.

TheJ.ca: What do you think keeps American and Israeli leaders from standing up and speaking out, expressing that Judea and Samaria are legally Jewish lands?

Professor Kontorovich: The U.S. has clearly stated that Jewish settlements in the West Bank are not illegal. Prime Minister Netanyahu says this too, but no one is listening. 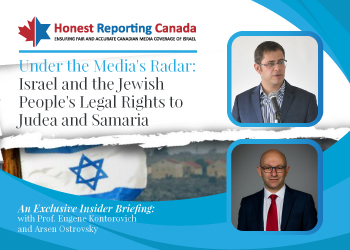 TheJ.ca: In terms of annexation, legal or not, so many have feared the backlash, the protests, the international scorn, and riling of potential future Arab state peace partners. Do you see any credence in these predictions, and do you think Israel should go ahead with annexation anyway?

Professor Kontorovich: The same doom-and-gloom predictions about a diplomatic tsunami were made about the recognition of Jerusalem and the Golan. Both not only failed to materialize, but were followed by ever-closer relations with the Arab world. The Palestinian issue does not determine relations with the Arab states. Rather self-interest does, and currently, that is focused on the Iranian threat. That will ensure good relations regardless of small changes Israel makes in the governance of Israeli citizens in Judea and Samaria. 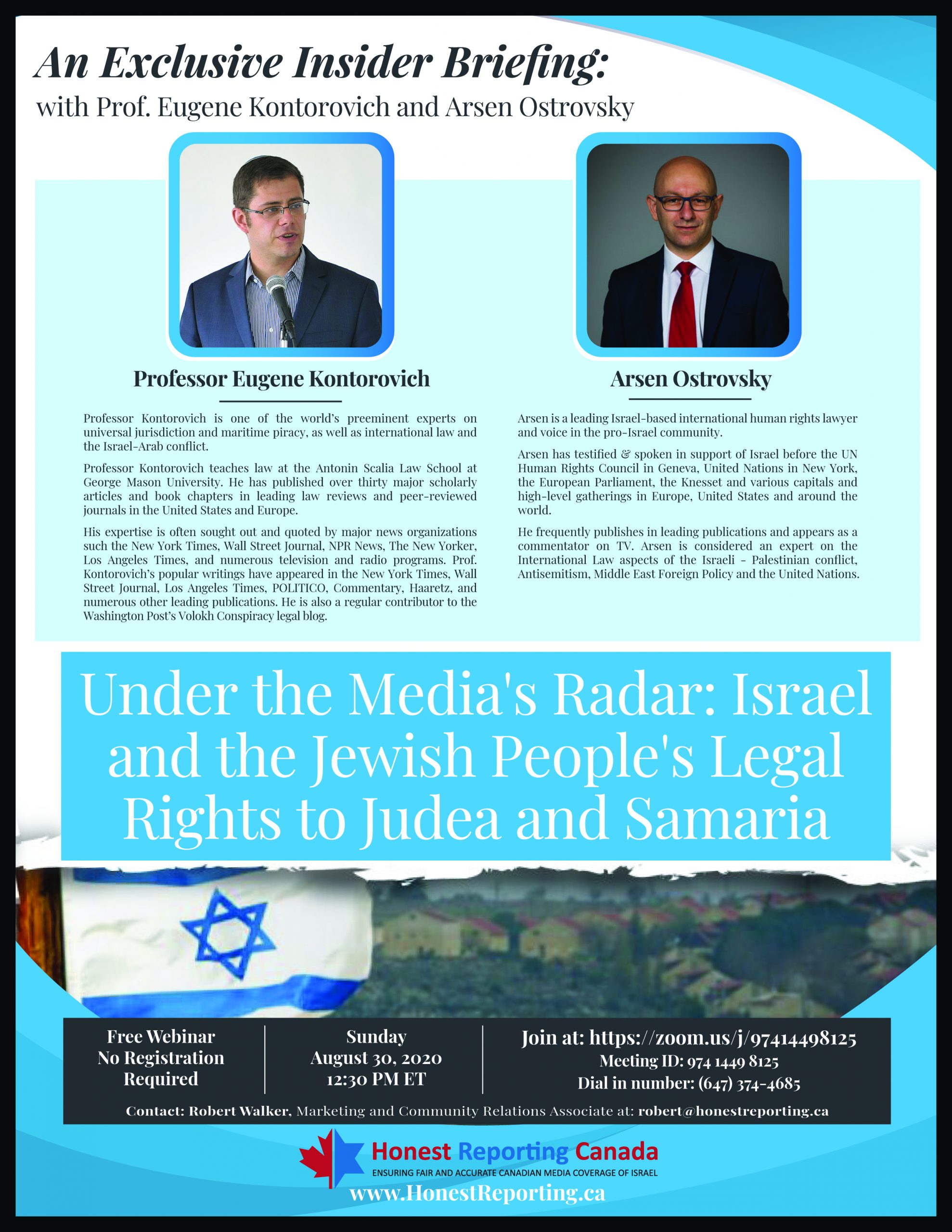