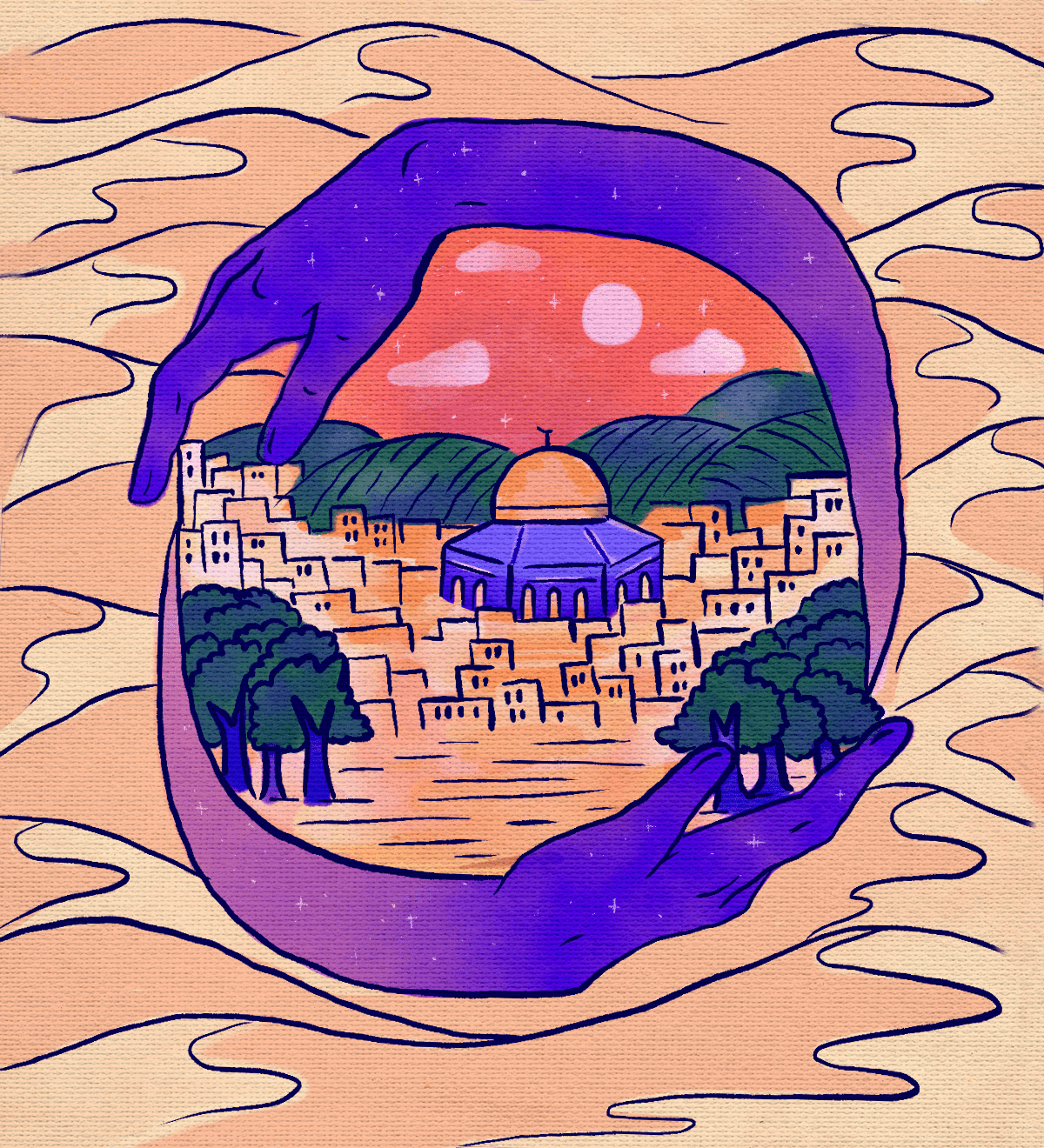 Illustration by Sama Al-Zanoon in The Walrus

On November 15, The Walrus magazine published a first person narrative by Lima Al-Azzeh entitled: “Navigating My Palestinian Heritage with the Help of Social Media,” which had the author recounting her upbringing and cultural identity. Sadly, she also used this opportunity to malign Israel and spread debunked misinformation about the Jewish state.

She writes: “The story of where I’m from follows two generations. My grandfather is ninety-five years old—twenty-two years older than the state of Israel, which was formed in 1948—and a survivor of what Palestinians call “The Nakba,” or “The Catastrophe,” when he and his family were forcibly displaced from their home by British soldiers, colonialism’s midwives, who were escorting a new wave of European Jewish families into Palestine shortly after the Second World War.”

In just one short paragraph, Al-Azzeh has artfully included a number of common, but false anti-Israel tropes, including that the Arab delegates to the United Nations rejected the UN Partition Plan, and rather than come to terms with Israel, attempted to destroy the reborn State of Israel in war.

More importantly, her statement completely erased three millennia of Jewish history and indigeneity in the land of Israel, but rather portrays Israel’s Jewish population as being essentially a modern-day, post-Holocaust insertion by Western powers – essentially colonialism.

But this claim, not only without merit or factual basis, is in fact the inverse to what happened. The Jewish people, far from being foreign, colonial invaders, are a people who, despite multiple expulsions from Israel in antiquity, never truly left their homeland, but remained under the subjugation of foreign conquerors like the Babylonians, Persians, Greeks, Romans, Crusaders, Saracen Arabs, Ottomans, and others. In 1948, Israel achieved independence from the United Kingdom, but this did not, contra Al-Azzeh, represent a new reality, but simply the realized self-determination of the Jewish state for the first time in two thousand plus years.

Al-Azzeh’s historical revisionism wasn’t just limited to the past, either. She also attempted to rewrite Israel to paint it in the most unfavourable terms.

For example, she refers to “Gaza and Sheikh Jarrah – occupied Palestinian territories in Israel.”

This is simply nonsense. The Gaza Strip is fully under the sovereignty of the Hamas terrorist group, which secured the land in a violent struggle with Fatah, another Palestinian faction, nearly 15 years ago. Israel forcibly removed 100 percent of its citizens – soldiers and civilians alike – in the summer of 2005, despite millennia of Jewish history and presence in the enclave. And yet today, Al-Azzeh continues to refer to it bizarrely as occupied.

Sheikh Jarrah, for its part, is a predominantly Arab neighbourhood in Jerusalem, Israel’s capital, and sovereign territory. Whether one likes or dislikes that fact, it is the reality nonetheless. To describe it as occupied is to essentially describe all of Israel as occupied, denying Israel’s very right to exist.

If Al-Azzeh wanted to give proper context, she could have mentioned that Sheikh Jarrah is only a few hundred metres from The Temple Mount, the holiest location in Judaism, which is a 37 acre platform at the heart of Jerusalem. It is where the first and second Jewish temples stood, the most recent which was destroyed by the conquering Romans in 70 CE. Built atop of the Temple Mount, is the al Aqsa Mosque, dating to the 8th century and is revered as the third holiest location in Islam.

To describe Sheikh Jarrah, then, as illegally occupied is little more than an attempted erasure of Jewish presence in their historical homeland.

Considering who Al-Azzeh cites as sources for her information on the conflict, her skewed image of Israel is of little surprise.

She refers to “Palestinian activists and journalists like Mohammed and Muna El Kurd, twenty three year old siblings” who used social media to document the violence this past spring after the Hamas rocket war on Israel.

To call Mohammed El Kurd a journalist is more than a stretch. Mohammed El Kurd has posted supportive posts on social media of terrorist Laila Khaled and those who murdered Jews, and posted fictional accounts of Palestinians being murdered by Israelis.

Al Azzeh has every right to cherish her ethnic identity and upbringing, and to help share her history with those who will listen. But to employ her voice to rewrite history, erase the Jewish people’s ancestry in their homeland, and delegitimize Israel is repugnant and unworthy to be published in The Walrus. Send your considered comments directly to Walrus Magazine and refer to Lima Al-Azzeh commentary entitled: “Navigating My Palestinian Heritage with the Help of Social Media,”. Send emails to: letters@thewalrus.ca.