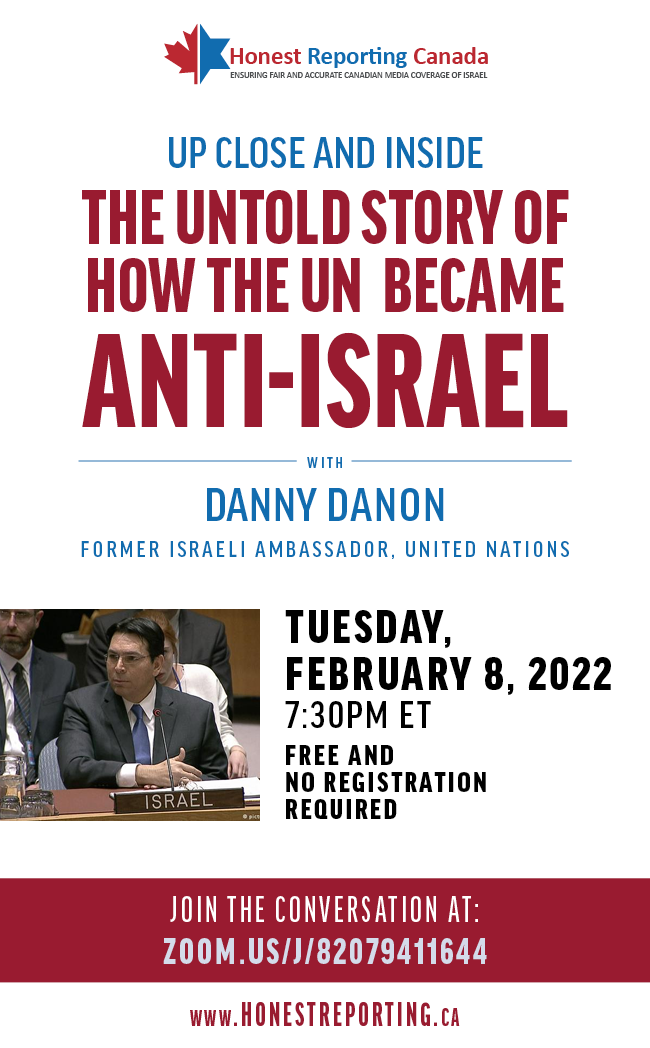 In 1947, the United Nations (UN) voted in favour of the Partition Plan, which gave Israel independence from the United Kingdom, and the Jewish people their own nation-state in two millennia.

Only 74 years later, the UN’s anti-Israel obsession makes that vote seem almost impossible to envision. What changed to make this world body so hostile to the Jewish state, and what can be done to set it on the right course? Or, is the UN a lost cause, as some critics suggest, and should be dismantled altogether?

On Tuesday, February 8 at 7:30pm ET, HonestReporting Canada held its first Insider Briefing of 2022, with special guest Ambassador Danny Danon, Israel’s former envoy to the United Nations from 2015-2020. Ambassador Danon shared his experiences, perspectives, and predictions for what the future holds for Israel’s place in the UN.