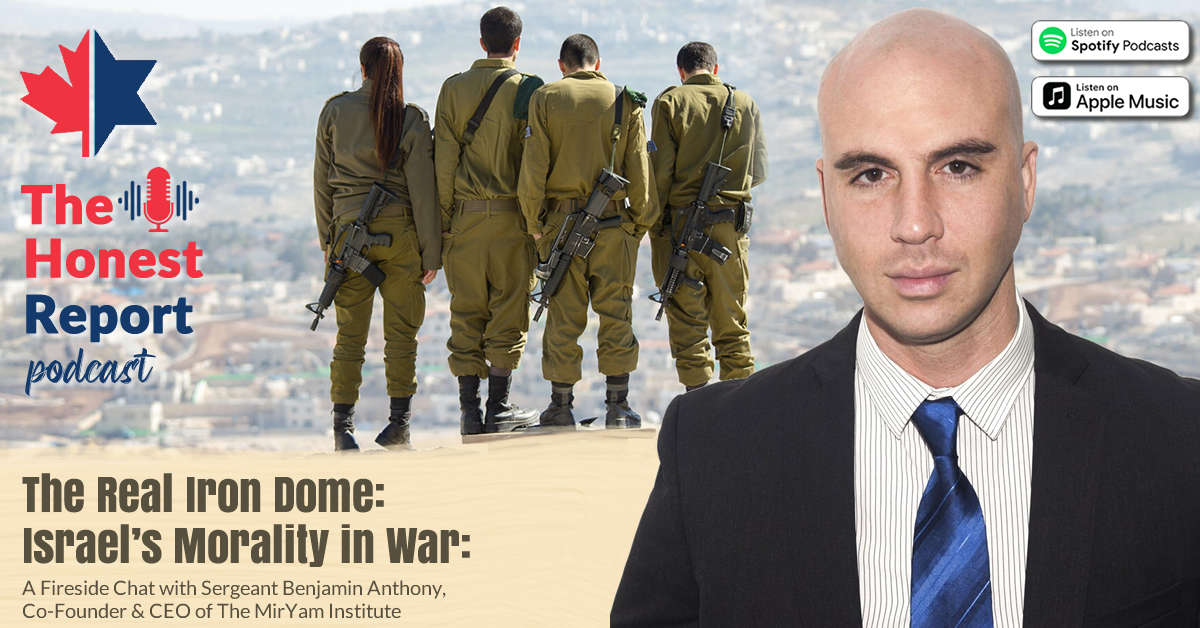 In the wake of Israel’s recent armed conflict with Palestinian Islamic Jihad (PIJ), the Gaza-based Islamist terrorist group, the Jewish State has once again faced accusations of excessive force relating to its conduct.

But beyond the often hyperbolic headlines, Israel’s practices in conflict are widely seen in military circles as representing among the highest levels of morality seen anywhere in the world.

To help us understand more, in this week’s edition of The Honest Report podcast, we sit down with Sgt. Benjamin Anthony, Co-Founder, and CEO of The MirYam Institute.

Sgt. Anthony is a widely sought-after speaker around the world, known for his breadth of knowledge relating to Israel’s conduct in wartime. Most notably, Sgt. Anthony is a veteran of the Second Lebanon War in 2006, Operation Pillar of Defense in 2012, and Operation Protective Edge in 2014.