The Media War Against Israel: An Urgent Briefing with Ambassador Michael Oren

In war, the saying goes, the first casualty is the truth. In the past two weeks, we’ve seen an unrelenting onslaught of media bias against Israel waged by Canadian news providers, the likes of which we have never seen before.

In the backdrop of recent hostilities between Israel and Hamas terrorists, our media have singled out Israel for opprobrium, perpetuated outright falsehoods, and resorted to grotesque moral equivalences.

On May 30, HonestReporting Canada convened an urgent briefing with 2,000+  of our grassroots supporters to hear a powerful discussion with former Israeli Ambassador to the United States, Michael Oren.

Ambassador Oren educated and empowered all in virtual attendance, giving them the tools they need to help Israel win the media war.

Watch the webinar in full immediately below or by clicking here. 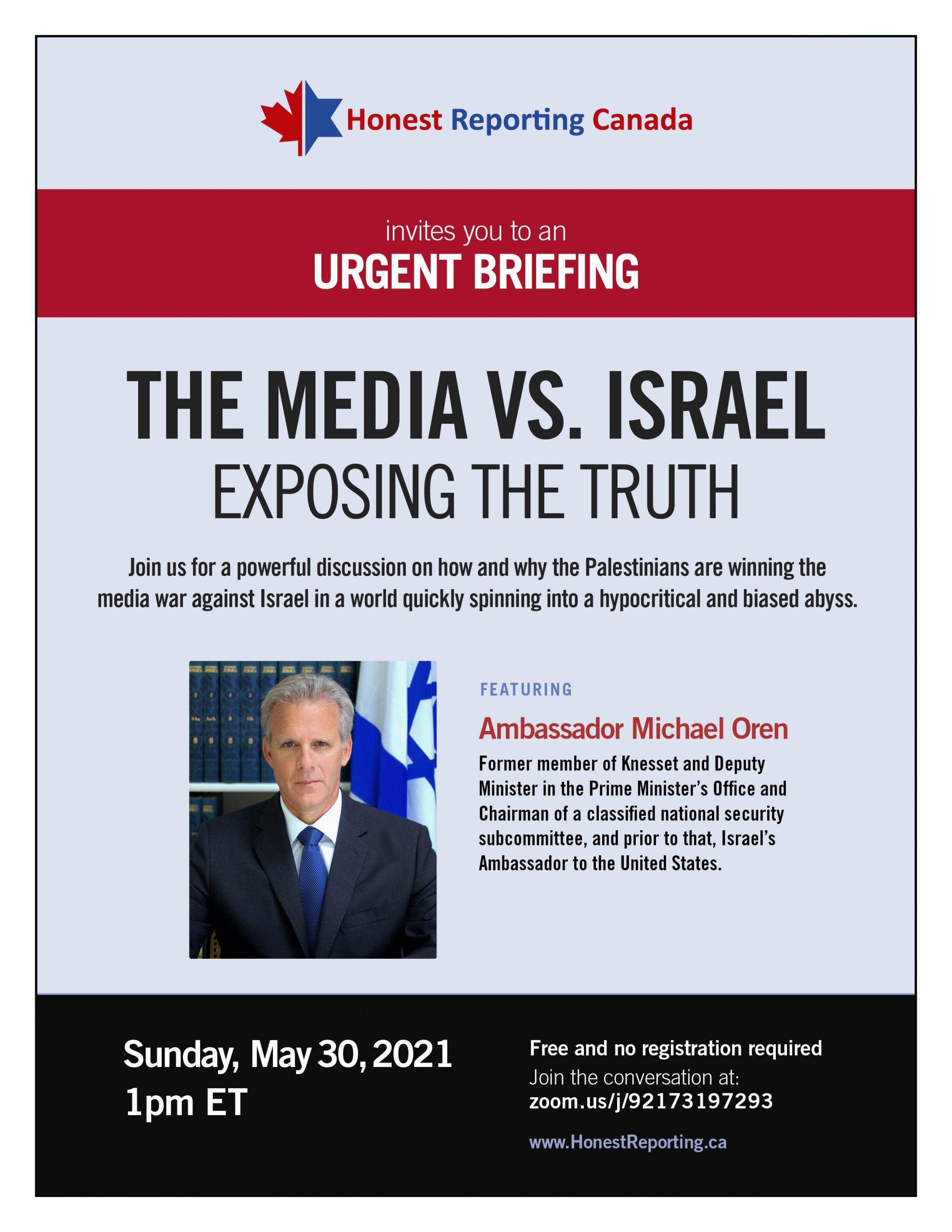