Worth reading in today’s Hill Times from CIJA’s Matt Godwin on how Israeli innovation is a model for Canada and the world on World Water Day. 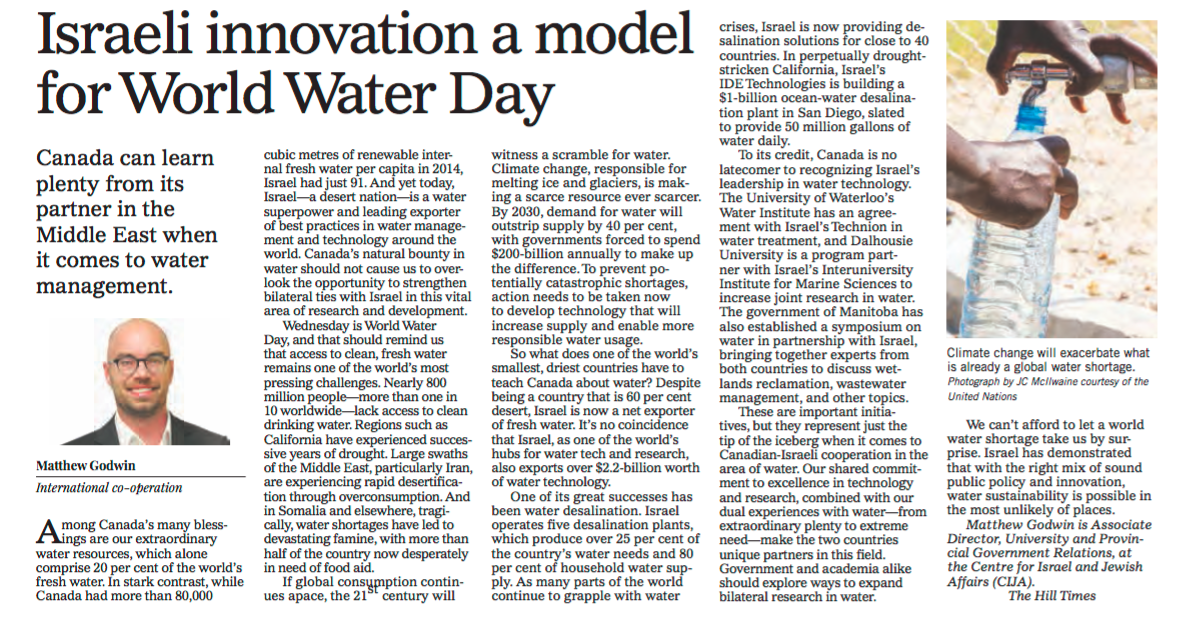