Taliban And Hamas: Two Birds Of The Same Feather 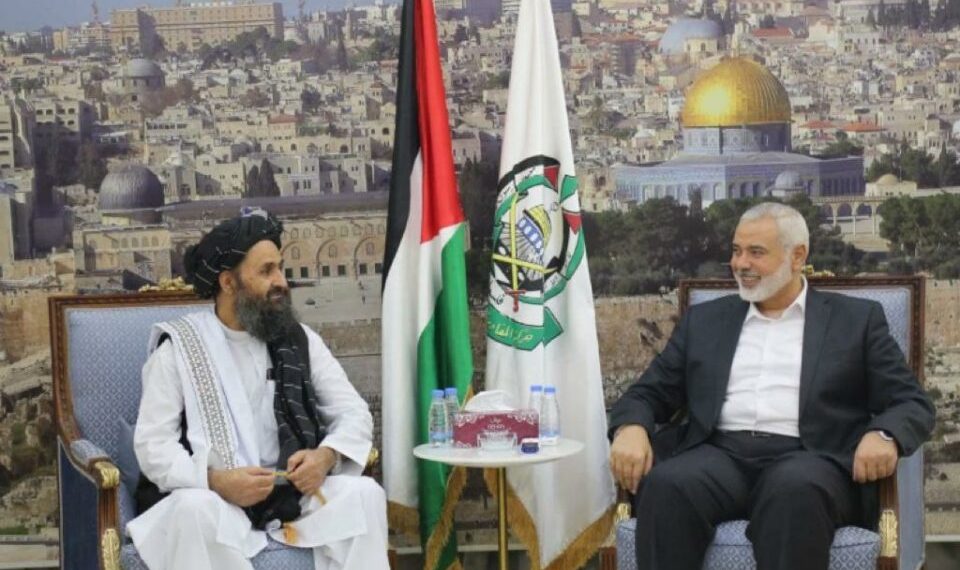 This week, the capital of Afghanistan, Kabul, swiftly fell to Taliban control immediately after U.S. troops and personnel left the country, with gun-totting terrorists cementing Taliban authority over much of the country.

The Islamist extremist group which formerly controlled wide swaths of Afghanistan until the early 2000’s, when it was pushed out of power by a Western coalition, became notorious to Canadian audiences more than 20 years ago with harrowing images of executions in old soccer stadiums and the banning of women’s education in the country.

The vast majority of Canadians look at the Taliban as representing the polar opposite values to everything Canadians hold dear, such as individual and collective freedoms, democracy, and tolerance. Canadians, writ large, see the Taliban as a radical Islamic fundamentalist terror group that subjugates women, ethnic minorities, and gays under its thumb.

Canada has stated that it will not recognize the Taliban as the rightful government of Afghanistan, and given the group’s horrific human rights abuses, that is absolutely the correct step for the federal government to take.

While navigating the geopolitical landscape of a Taliban-led Afghanistan is complex business, there are parallels by which the Canadian government and news media can look to in order to better understand what may lay ahead for the country.

For example, in June, 2007, a civil war erupted between two of the most popular Palestinian factions, Fatah and Hamas, which led to Hamas solidifying its control over the coastal enclave. It did not take long for the impact of that rule to be felt. Hamas, which, like the Taliban is an extremist Sunni Islamic movement, was founded in 1987 and in its founding charter states its mission to destroy Israel and replace it with an Islamic caliphate. But for Hamas, those words are more than just fiery rhetoric. The organization has sent suicide bombers wearing bomb vests packed with ball bearings into Israeli cafes, synagogues and stores, murdering thousands of innocent civilians. It has fired thousands of rockets into Israeli population centres, seeking maximum damage. And while its campaigns have produced little for the population of Gaza, Hamas puts extensive efforts into convincing Gazans that waging constant war on Israel is morally just. It does this with nonstop propaganda campaigns in Gazan schools, media outlets and mosques.

Hamas has done an effective job of media outreach, attempting to portray itself not as a murderous Islamist terrorist organization, but as the legitimate leaders of Gaza’s two million people. But the leadership of Hamas, like the Taliban, has also made little secret that it also sees itself as part of a larger campaign around the world to institute extremist Islamist values, dictates and Sharia law.

Earlier this summer, Hamas’ leader Ismail Haniyeh – who lives in the oil-rich kingdom of Qatar – put his differences over Islamic theology aside and met with Hassan Nazrallah, the Secretary General of Hezbollah, a Lebanese Shia terrorist organization. And this week, Palestinian media outlets released photos from this summer of Haniyeh meeting with Abdul Ghani Baradar, the co-founder of the Taliban. The two met in the aftermath of Hamas’ war against Israel earlier in the spring. And it came as little surprise, then, when Haniyeh this week released a statement lauding the Taliban for retaking Afghanistan. Haniyeh praised the Talibin for a “victory that came as the culmination of more than 20 years of struggle.”

The lessons for the Canadian government and news media alike are clear: that while Hamas and the Taliban each have their own immediate geopolitical goals, they see themselves as cogs in a much larger ideological – and often physical – war. Rather than trying to guess the Taliban’s possible next steps, or how Canada should respond, Hamas provides a valuable parallel in helping Canadians to understand that when a fanatic organization takes control by force, seeking the destruction of its opponents, it must be met with steely resolve.

Israel has learned that when faced with Hamas – a group that seeks the destruction of the Jewish State – dialogue is difficult, if not impossible. After all, how does one negotiate with a party that enthusiastically murders civilians and is sworn to your destruction?

Canada and its allies need not reinvent the wheel; it can look to Israel’s experiences with Hamas to understand that when dealing with a group like Hamas, Hezbollah or the Taliban, recognition of their legitimacy is a terrible mistake, and holding them to account whenever possible is the best possible way to safeguard Canada’s values in the world and our allies abroad, and look out for the best interests of Afghanis, who now face a dark future ruled by a misogynistic and murderous regime.