In a world of “fake news” and “alternative facts,” HonestReporting’s efforts are more important than ever.

We don’t just make noise, we get results!

On September 2, for example, we prompted the Toronto Star to issue a major correction for its falsely reporting on August 30 that: “Construction continues on new West Bank settlements as Israel turns their back on a two-state solution.” 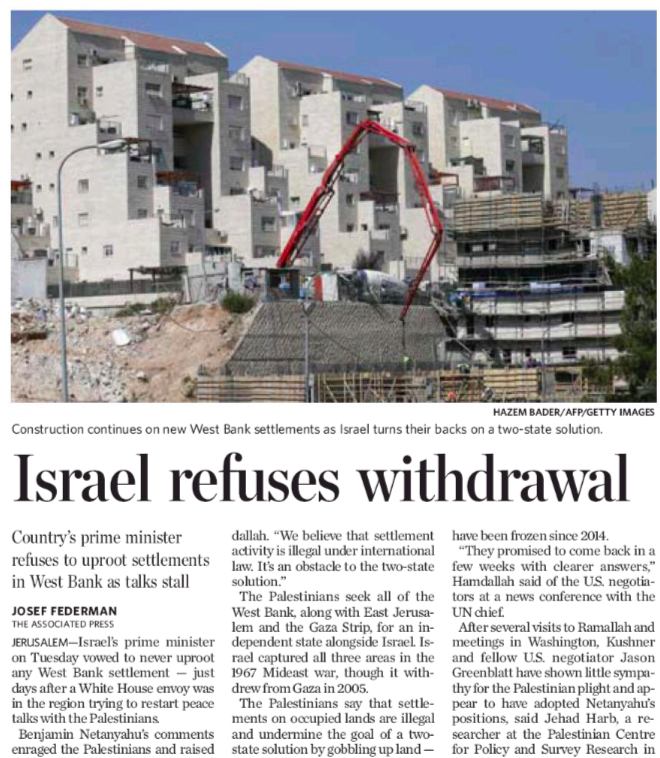 Not only was the Star’s reporting inaccurate, it was grossly unfair. In fact, Israel has only begun construction on one new “west bank” settlement, the first in 25 years, and not any more. Furthermore, the Star’s statement was subjective and the author’s opinion was disguised as news. If you ask the Israeli Prime Minister, members of his administration, and a large subset of the Israeli population, they will argue that they have not turned their backs on a two-state solution and support a final peace accord with the Palestinians. They will likely contend that settlement building isn’t an obstacle to peace or the two-state solution, for a myriad of reasons.

Following our intervention with the Star, Canada’s most-read daily newspaper acknowledged their error and expressed regret for inserting inappropriate opinions into their reporting. The Star published the following correction on September 2:

We thank the Toronto Star for being receptive to our concerns and for setting the record straight in a prompt and professional manner.

This is just one example, of many, that display our approach, our impact and our efficacy as we confront media bias against Israel. Please make a meaningful donation today and help support our continued efforts.