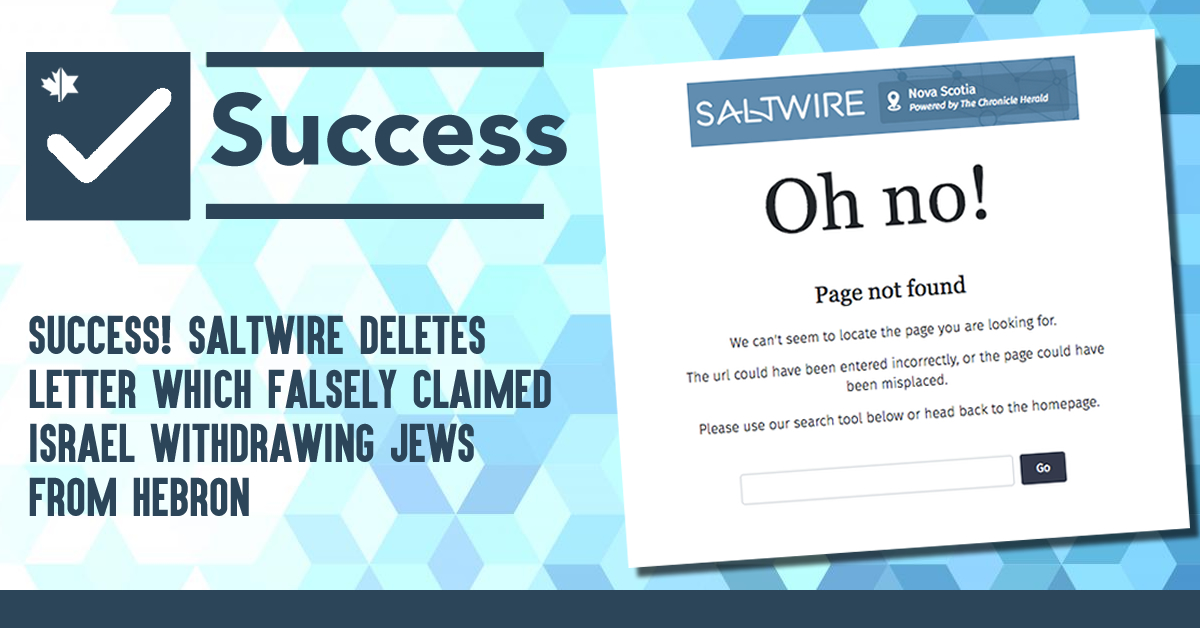 On May 20, Saltwire, which is the home for hundreds of journalists and 27 media titles across the East Coast, including The Chronicle Herald, the Cape Breton Post, The Telegram, The Guardian, Journal Pioneer, as well as two dozen weekly community publications, published a letter which erroneously claimed that Israel’s parliament (Knesset) voted to withdraw Jewish people from the city of Hebron.

We notified Saltwire through Twitter that the letter they published was riddled with inaccuracies and called for this letter to be immediately unpublished. 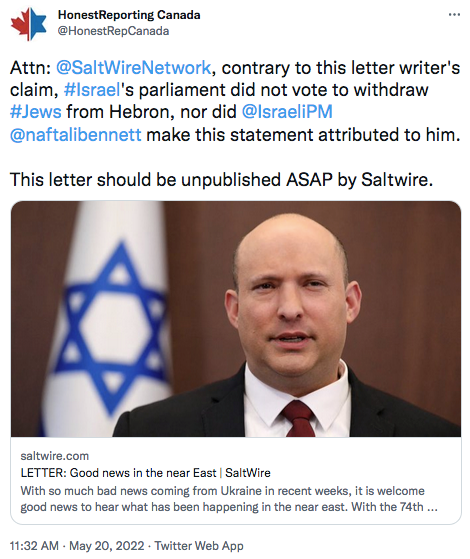 During a phone conversation between HonestReporting Canada and Saltwire editors, Saltwire recognized the errors contained in this letter and took immediate action by unpublishing the letter. We thank Saltwire for the prompt and swift action it undertook. 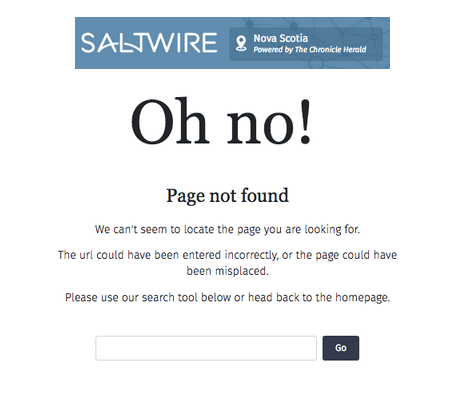