Today, the Toronto Star and the Washington Post – two of North America’s biggest news organizations – issued the following correction and story rewrite after HonestReporting Canada informed these newspapers that a report alleging that Israeli Agriculture Minister Uri Ariel had called for the forcible removal of thousands of Palestinians from Area C of the west bank, was false and without foundation:

On June 9, the Toronto Star published an article written by Washington Post reporter William Booth which had falsely claimed that Minister Ariel had called for thousands of 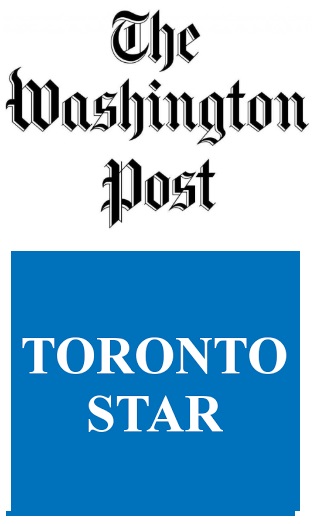 Palestinians in Area C of the west bank to be ethnically cleansed and kicked out of the area. In reality, Ariel had only called for Area C to be annexed by Israel as the Palestinians in the area, he believes, do not constitute a significant numerical factor. Importantly, Ariel never called for their removal. The Washington Post’s article had relied heavily on a Times of Israel article whose reporter had incorrectly quoted and mistranslated Ariel’s comments which led to this false claim being reported by both the Post and the Star. (See the Times of Israel’s correction and their original, but now amended article here).

HonestReporting Canada first engaged with senior editors on June 9 (the day this report was published) to convey serious concerns about this article. On top of issuing corrections, these respective publications amended their articles (lead and body paragraphs, photo captions, headlines, etc.) to remove any mention of this false claim. As well, the following inflammatory quote from a Palestinian Authority official was removed as it was based on false information: “The Palestinians blasted Ariel’s comments. Jamal Dajani, a spokesman in the office of the Palestinian Authority prime minister, called the proposal ‘incitement’ as well as ‘demeaning, racist and dehumanizing.'”

Though it took several weeks for these correction notices and story re-writes to be issued, HonestReporting Canada thanks the Washington Post and the Toronto Star, specifically its Public Editor Kathy English, for their cooperation and efforts to set the record straight.

With that said, this incident of media bias against Israel demonstrates how a lie can travel half way around the world while the truth is putting on its shoes, and of the need for a vigilant organization like HonestReporting Canada, to be on the vanguard in ensuring fair and accurate media coverage of Israel.