Today at 7:11am, CTV News published the following article to its widely read website with a misleading headline which whitewashed an attack on Israel’s Embassy in Turkey: 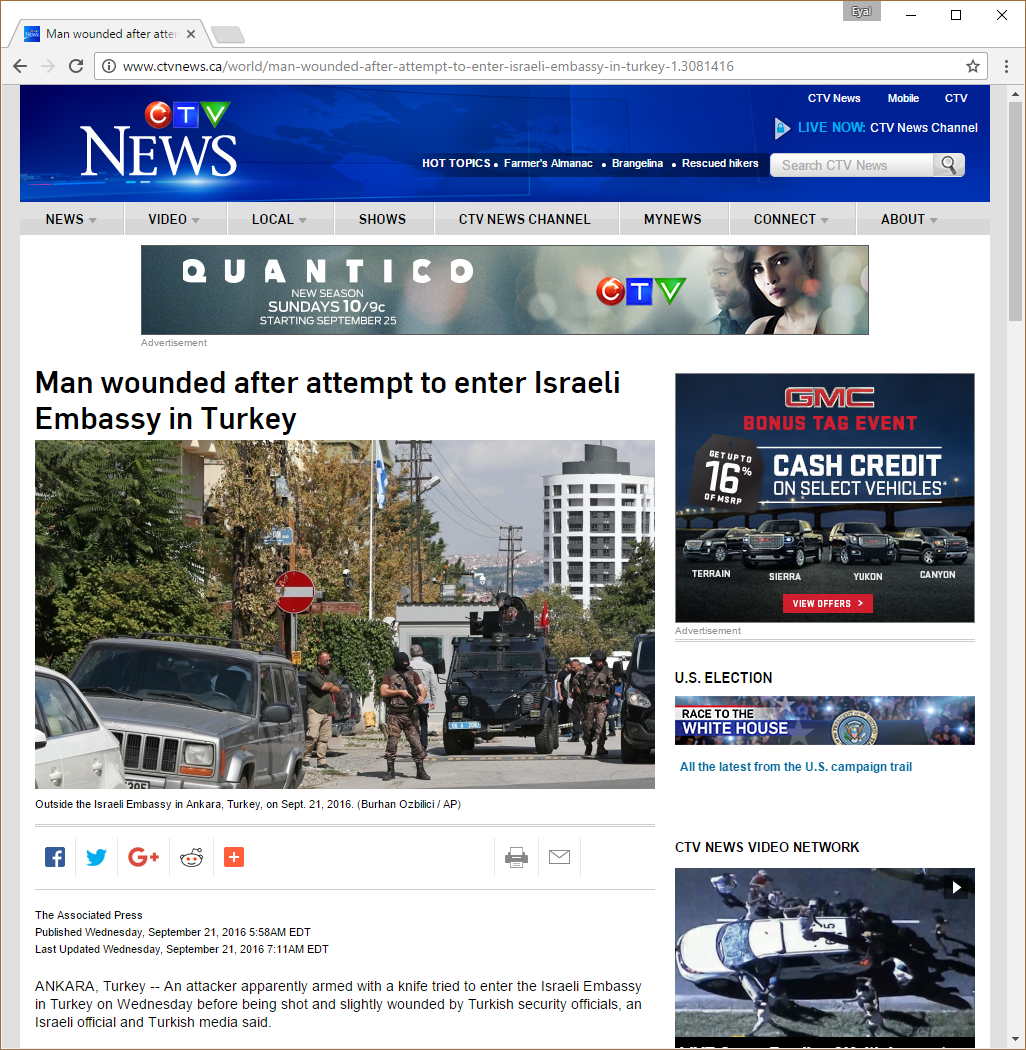 HRC immediately contacted CTV News President Wendy Freeman and other editors at CTV calling for corrective action as this headline failed to mention that the wounded man was an attacker who wielded a knife, apparently with the intent of maiming and murdering Israeli personnel at the Embassy in Turkey.

As we told CTV’s executives, this context must be explained in their headline which is traditionally read 3:1 over the adjacent article and which is shared via CTV’s social media platforms. Failing which, readers who only read this headline could wrongly conclude that the man was wounded for solely trying to enter the Israeli Embassy in Turkey, whereas in fact, he was an assailant and his attack was thankfully thwarted by Turkish security officials.

Subsequent to receiving our complaint, we are pleased to report that CTV News immediately corrected their misleading headline. Here is a before and after comparison: 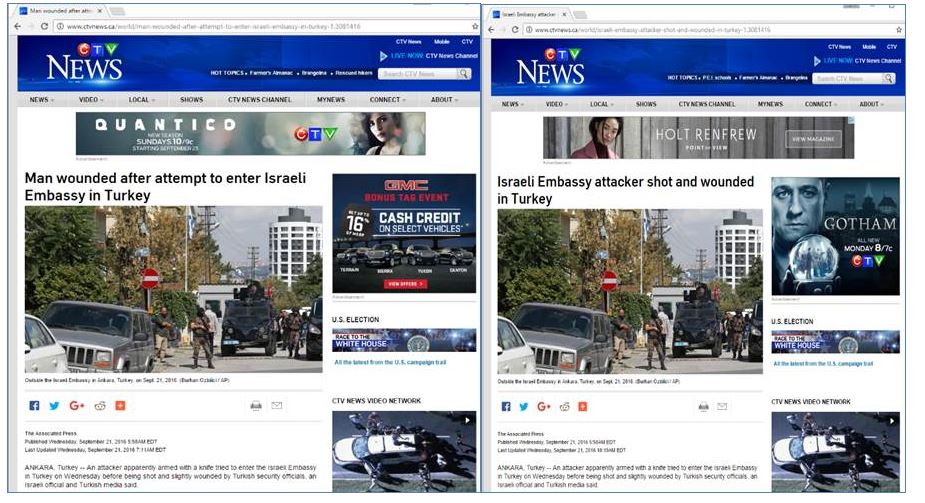 HonestReporting Canada thanks CTV for promptly issuing this correction and for its cooperation.

This example of Canadian media bias against Israel ably demonstrates the importance of HRC’s continued efforts of ensuring fair and accurate media coverage of Israel.