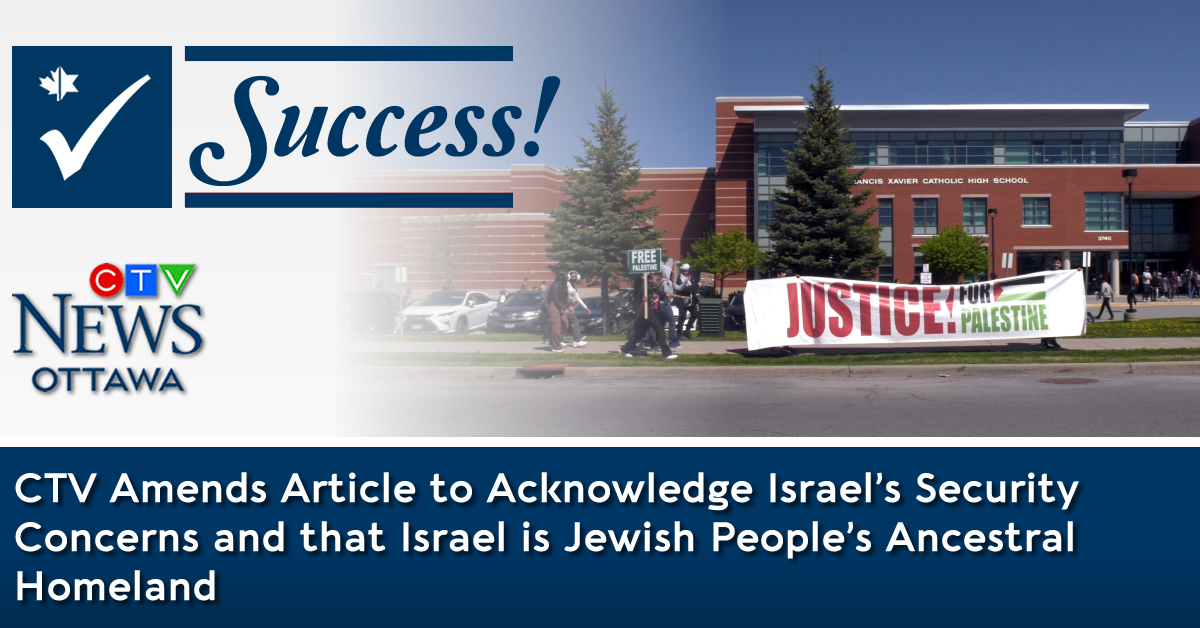 We are pleased to report that CTV News Ottawa has amended its online article about an incident that took place at St. Francis Xavier High School in Gloucester, a suburb of Ottawa, where students walked out of class in support of the Palestinian people.

As we noted in our original alert on May 20,  the broadcaster allowed itself to be a platform for the dissemination of extreme anti-Israel disinformation, with students accusing Israel of carrying out a “genocide” of Palestinians.

The amended article now includes an editor’s note and additional context of the Israeli-Palestinian conflict, including that the Jewish people claim that the land of Israel is its ancestral homeland and an acknowledgment of Israel’s security concerns.

“After reviewing this story again, we accept your point that taken in isolation, this story lacked some additional context on the Israel-Palestine conflict.

That said, in an effort to address your concern, we have updated an initial version of the story to include the following information:

Palestinians who live in Gaza and the West Bank say they are suffering because of Israeli actions. Israel argues it’s only acting to protect itself and its citizens from Palestinian violence. The United Nations considers Israeli’s control over the West Bank an occupation. Israel claims the land based on historical and religious rights as the ancestral land of the Jewish people.”

We thank CTV News for amending the story and for adding more context surrounding the Israeli-Palestinian conflict to better inform its readers.