On May 16, the StarMetro newspaper based in Calgary (a regional publication of Torstar) gave front-page coverage to a one-sided, unfair, and inaccurate article by Mary Getaneh about the May 14 Palestinian riots and terror attacks at the Gaza-Israel border. 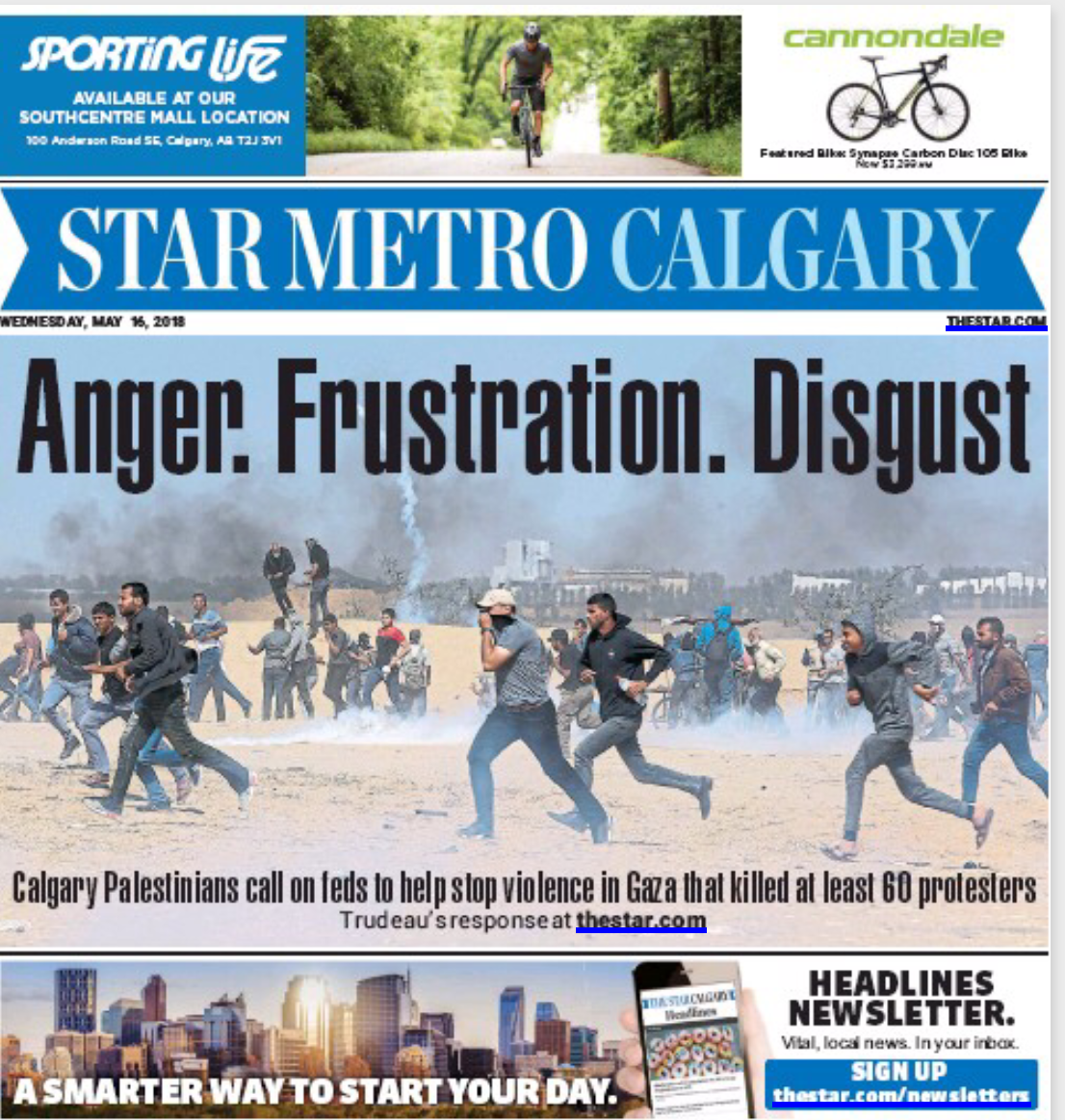 As we told Ms. English, Israel’s security concerns were fundamentally ignored by the Star’s journalist and the report also erroneously claimed that Israel killed 60 “protestors,” whereas in fact, Hamas acknowledges that 50 of the 62 confirmed fatalities were its own terror operatives.

None of this was acknowledged in this article. Instead, StarMetro editor’s opinion was disguised as news with incendiary and myopic headlines like: “Anger. Frustration. Disgust” and “Watching the horror from a distance”. 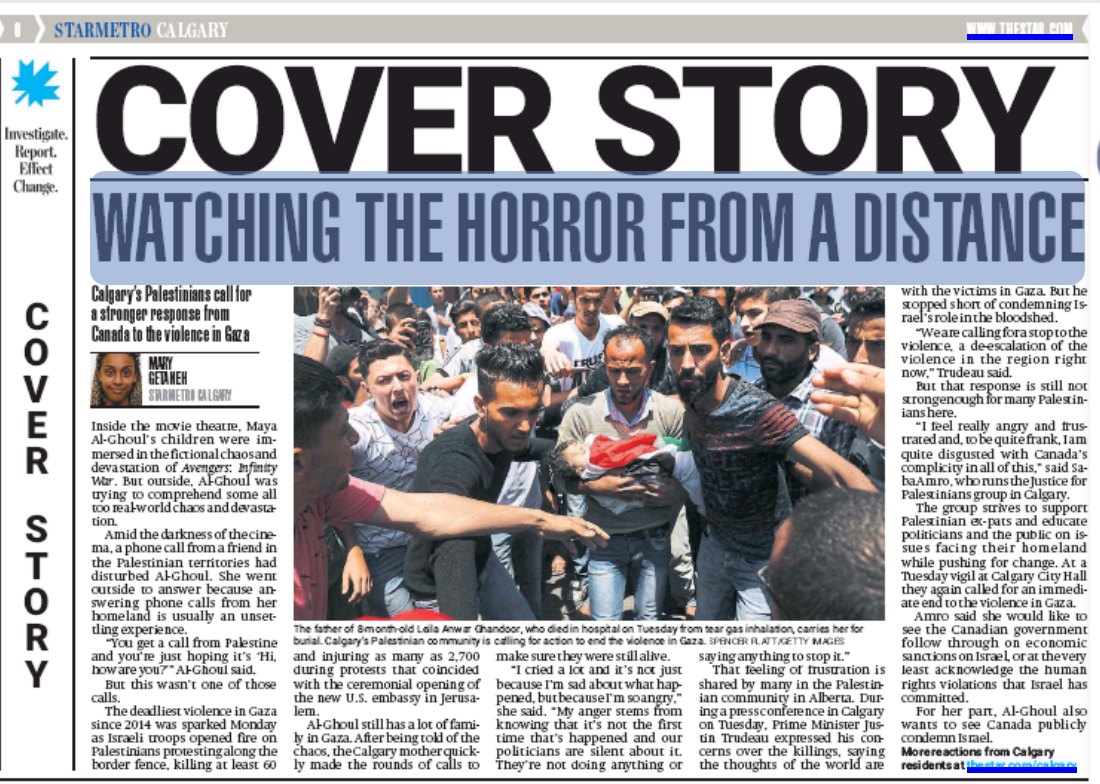 Furthermore, the photo and caption stated: “The father of eight-month-old Leila Anwar Ghandoor, who died in the hospital on Tuesday morning from tear gas inhalation, carries her to burial. Calgary’s Palestinian community is calling for action to end the violence in Gaza. (SPENCER PLATT / GETTY IMAGES)”

As we relayed to the Star in previous correspondences, the Guardian has reported that the: “Gaza ministry removes baby from list of people killed by Israeli army”.

The article noted that: “The New York Times cited the family as saying the child suffered from patent ductus arteriosus, a congenital heart disease. A copy of an initial hospital report seen by the Guardian said the infant had “heart defects since birth” and suffered a “severe stop in blood circulation and respiration”. It did not say if teargas inhalation had or had not contributed to her death.”

This matter deserves to be corrected by StarMetro Calgary.

Additionally, there was no consideration for the “chaos” that Israelis endure by living on the bordering communities of Gaza, knowing that hordes of Palestinians were rioting nearby, many intent on massacring them.

This article was also marred due to its failure to feature any pro-Israel sources in this report which would have brought context and and a semblance of balance.

The article mentioned the “siege” of Gaza and how it’s a “prison,” however, nowhere does the article state that the enclave is run by Hamas, a ruthless terror group and that Israel and Egypt’s blockade of Gaza is legal and in place to prevent Hamas from arming itself.

We told Ms. Engish and Star editors that we strongly feel that corrective action should be undertaken by StarMetroCalgary to set the record straight. We await the Star’ reply to our concerns.