On March 4, the Toronto Star published the above AP article to its website with the following myopic headline: “Car rams into Israeli troops; 2 Palestinians shot and killed”.

Our primary concern that we relayed directly to Kathy English, the Star’s Public Editor, is that someone who read this headline could come to the wrong conclusion that following a car accident that hit Israeli soldiers, that two Palestinians (presumably innocents) were shot and killed by Israeli troops. 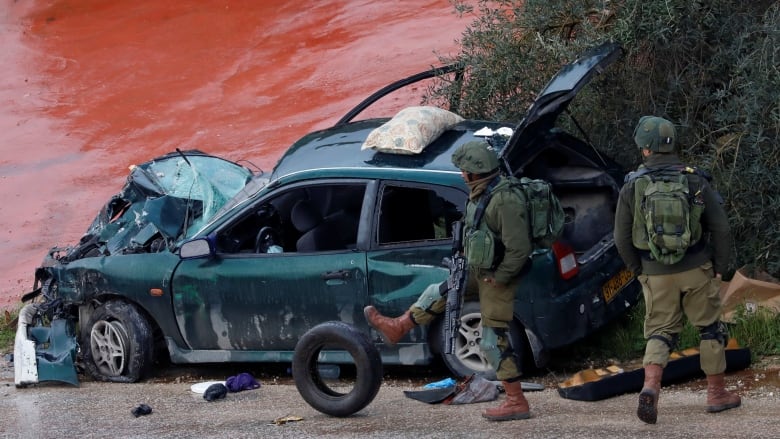 In sharp contrast, Israel contends (and the preponderance of evidence to this point indicates) that several Palestinian terrorists intentionally tried to kill several Israeli soldiers by carrying out a car-ramming attack. They were successful in seriously wounding two soldiers and after which, two Palestinian assailants were killed by Israeli soldiers. The military claims that the Palestinians had prior to the attack thrown molotov cocktails at an Israeli checkpoint.

The Star’s headline runs the risk of having readers conclude that this may have been a traffic accident.

In sharp contrast, the CBC’s headline of this incident was as follows:

Importantly, the headline was in attribution: “Israeli military says…” and it identified the Palestinians as “attackers”.

Given that the Star’s headline was misleading, we asked for remedial action to be undertaken. We await Ms. English’s reply. Stay tuned to this page for future updates.