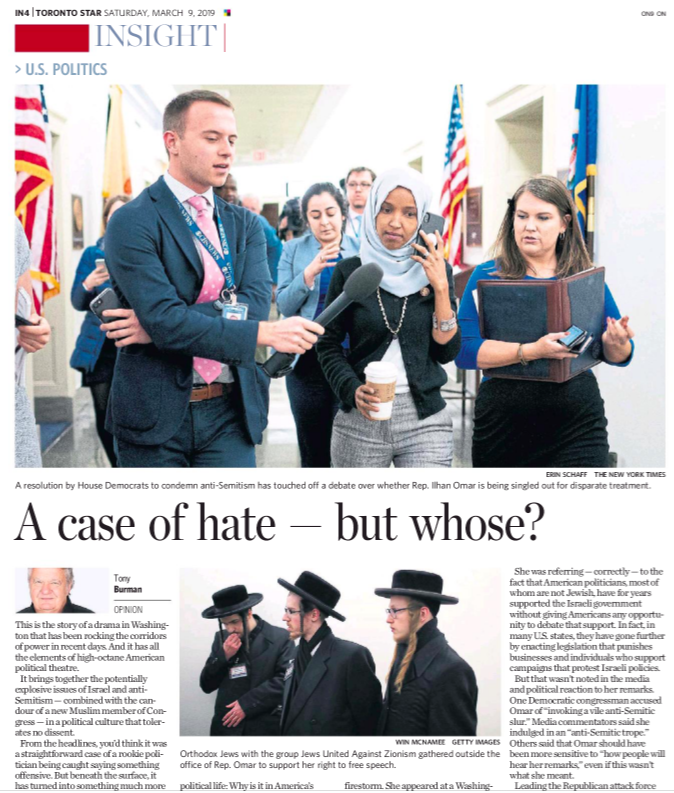 In an op-ed published in the Toronto Star on March 9, Tony Burman (former head of CBC News and Al-Jazeera English) came to the defense of Minnesota Representative Ilhan Omar claiming she’s been wrongly accused of making antisemitic statements.

In truth, Omar didn’t just criticize Israeli policies by voicing disagreement with Israeli settlement policies or Israel’s blockade of Gaza, had she done so, that would have been perfectly legitimate. Instead, she uttered odious antisemitic tropes in an attempt to criticize individuals for their support for the Jewish state.

On Twitter, Omar said that U.S. support for Israel in Congress was “all about the Benjamins, baby.” Her claim that members of U.S. Congress support Israel and the Jewish people’s right to self-determination because, not only do they have issues with dual loyalties, an age-old antisemitic trope, they are being bribed to do so or are being paid off. After understandable outrage ensued, Omar apologized for this tweet which tacitly proclaimed that the Israeli tail wags the American dog.

Omar’s bigoted comments prompted the US Congress to pass a resolution acknowledging that dual loyalty accusations “have an insidious and pernicious history.” 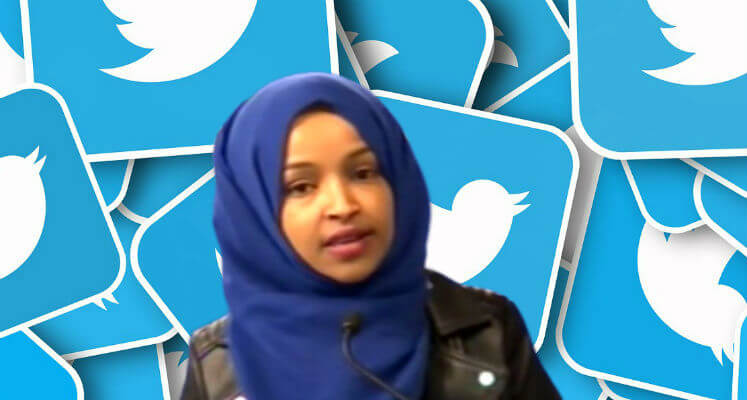 Her comments invoked the myth of the “new Protocols of the Elders of Zion” – the tsarist forgery that proclaimed an international Jewish conspiracy bent on world domination – and which accused Jews of controlling government, the economy, media and public institutions. These mendacious and stereotypical allegations about Jews controlling government are defined as antisemitic by Canada’s Ottawa Protocol.

Tony Burman’s attempts to legitimize and excuse Omar’s antisemitic behaviour is beyond the pale.